The Gold Coast of Queensland, the second-largest state in Australia, was first occupied by Australian Aboriginals and Torres Strait Islanders who arrived nearly 40,000 years ago. 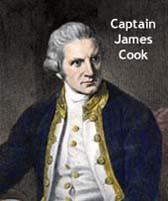 Dutch navigator Willem Janszoon landed on the western shore of Cape York in the early 17th century, and became one of the first Europeans to encounter Aborigines. The French and Spanish sailed along the coast in the following years, however on August 22, 1770, it was Lieutenant James Cook that claimed the eastern coast for England.

A series of conflicts (the Australian frontier wars) raged across the the entire country of Australia between the indigenous peoples and European settlers in the late 1700s, lasting 151 years. In Queensland, the battles were more gruesome and bitter than in any other state or territory due to the region's larger population of Aboriginals. 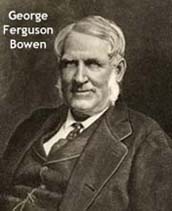 The loss of life was great on both sides as frontier violence peaked during the 1870s.

A public meeting was held in 1851 to consider Queensland's separation from New South Wales, and on December 10, 1859 George Bowen read the proclamation of separation. Bowen later became the state's first Governor, and Robert Herbert was the first Premier.

As World War II reared its ugly head in the 1940s, Queensland found itself on the frontline, as several cities in the northern part of the state were bombed by Japan.

Australian and U.S. forces established a strong presence in the state, and tens of thousands of Queenslanders were enlisted into the military.

Strikes and protests followed the war as workers disputed wages, and Queensland, as well as the rest of Australia and the world, began to put the pieces back together.

The state saw a rapid growth in population during the 1990s, as people were drawn in by the flourishing economy and an opportunity for young families to purchase homes at better prices than in Sydney.

As one of the fastest-growing areas of Australia, Queensland is a popular tourist destination, and with good reason. Most notably, the Great Barrier Reef, the world's largest coral reef system, is located just off the Queensland coast in the Coral Sea.

Moving away from the Gold Coast beaches and into the rugged Outback, spectacular red hills and vast plains offer an enjoyable experience for those seeking an adventure.