Australian Aborigines were the first inhabitants of New South Wales, arriving by boat from what is now Indonesia between 40,000-60,000 years ago. 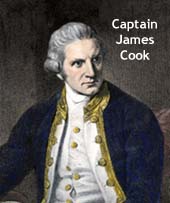 Europeans arrived in the late 1700s when Captain James Cook sailed along the unmapped eastern continent of New Holland (now Australia). Cook's crew sighted the east coast of Australia on April 19, 1770, and landed at a bay in what is now southern Sydney.

Australia's first Britishsettlement was governed by Captain Arthur Phillip, however, in 1809 after years of chaos, a new governor was sent from Britain in an attempt to reform the settlement. Major-General Lachlan Macquarie employed a designer to map a street layout for Sydney, and commissioned the construction of roads, churches and public buildings. Much of his legacy is still apparent today.

The discovery of gold in 1851 saw a huge influx of settlers arrive in New South Wales, necessitating a change in land boundaries occurred. Large areas were separated into what are now Tasmania, South Australia, Victoria and Queensland.

The movement toward a federation between the Australiancolonies began in the late 19th century. Rivalry between New South Wales and Victoria intensified as the two colonies moved in different directions. Victoria absorbed the labor force from the gold fields, becoming a stronghold for protectionism, liberalism and radicalism, while New South Wales remained more conservative and expanded as a trading and exporting colony. 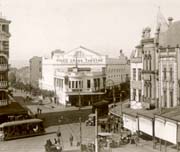 Many of the major cultural institutions of New South Wales were established over the course of the 19th century, including the The Sydney Morning Herald, University of Sydney, Royal National Park, and the Art Gallery of New South Wales.

The government of the state grew increasingly stable throughout the late 19th century, when the last of the British troops left New South Wales in 1870, law and order was maintained thereafter by the police.

In 1929, the Great Depression ushered in a period of mass unemployment as the collapse of the economy brought devastation to both city workers and farmers.

The Labor Party came into office in 1941 under the leadership of William McKell. World War II brought a growth in industrial development, helping eliminate unemployment while meeting the needs of the new war economy. 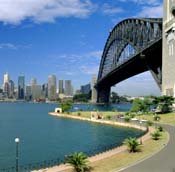 The Labor Party stayed in power until 1965, followed by a number of short-lived premierships by Liberal Party leaders. Since then, New South Wales has experienced a rapid transformation in both its economic and social structure.

Shipbuilding and steel industries have largely disappeared, and in their places information technology, education, financial services and the arts have emerged.

After a long period of planning and construction, the Sydney Opera House officially opened in 1973, becoming not only a symbol of the city but also of the entire nation of Australia.