Historic Williamsburg, Virginia is located on a peninsula between the James and York Rivers near the Eastern seaboard. The city is best known for its thriving tourism and the superior restoration of colonial architecture that reflects the rich American history of the area.

The Colonial Parkway links Williamsburg with Yorktown (16 miles from town center) and the restored Jamestown settlement (just 5.5 miles away) making this one of the densest regions of colonial culture in the United States.

Colonial Williamsburg is a living history museum. Residents and workers of the plantations dress, act and depict the lifestyles of colonists from the 18th century. This Virginia city's mild seasons provide a perfect climate for outdoor activities year round.

Williamsburg features well groomed suburbs, many with stately homes from the 1600 and 1700's. This southeast area of the state is also home to nearby Norfolk, Newport News, Chesapeake, and Virginia Beach.

The local Williamsburg Pottery Factory and Outlets is Virginia's biggest tourist draw. Anheuser-Busch established its large operation outside of Williamsburg. The company runs a brewery and two theme parks, Busch Gardens and Water Country USA, reside near the beer house.

Read on for a look at great things to do in Williamsburg while on a Virginia vacation.

Decide whether you'd like a guided tour, a private reserve wine tasting, a tour and tasting with lunch provided, or visit the wine shop to purchase some excellent wine, sauces and spreads. The winery produces 60,000 cases a year on its 50 acres of vineyards.

Slaves, Native Americans, men and women colonists tell the stories of their lives and the challenges they faced. Immerse yourself in colonial Virginia at Bassett Hall and many other restored 1700's homes and gardens.

The Dewitt Wallace and the Rockefeller Folk Art museums are home to some of the richest collections of American artwork in the world. For more Virginia vacation adventures, the Jamestown settlement and historic Yorktown are just minutes away. 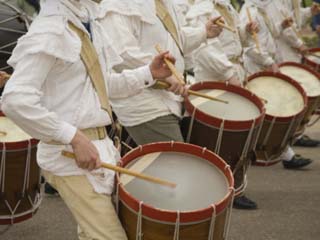 by John & Lisa Merrill
Buy This at Allposters.com 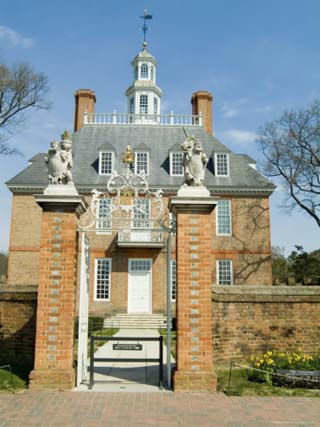 by Ethel Davies
Buy This at Allposters.com