The Canadian Red Ensign, bearing the Union Jack and the shield of the royal arms of Canada was lowered, and then on the stroke of noon, the new maple leaf flag was raised. The crowd sang the national anthem

and the royal anthem,

God Save the Queen.

The following words, spoken on that momentous day by the Honourable Maurice Bourget, Speaker of the Senate, added further symbolic meaning to the flag:

"The flag is the symbol of the nation's unity, for it, beyond any doubt, represents all the citizens of Canada without distinction of race, language, belief or opinion."

The stylish red maple leaf has been the national symbol of Canada for over 150 years. Red and white are the official colors of Canada.

The original Royal Union Flag, or Union Jack, was first raised in Canada at the British settlement in Newfoundland in 1611.

Although the Red Ensign was widely used in Canada from the time of Confederation until the national flag was adopted in 1965, the Union Jack was the affirmed national symbol from 1904 and was the flag under which Canadian troops fought during the First World War. The Union Jack maintains its presence in Canada through its incorporation in the provincial flags of Ontario, Manitoba, and British Columbia.

Royal Coat of Arms of Canada:

The maple leaves in the shield, blazoned "proper", were originally drawn vert (green) but were redrawn gules (red) in 1957. A circlet of the Order of Canada was added to the arms for limited use in 1987. The shield design forms the Royal Standard of Canada, and the shield is found on the Canadian Red Ensign. The Flag of the Governor General of Canada, which formerly used the shield over the Union Jack, now uses the crest of the arms on a blue field.

The Great Seal of Canada is used on all state documents such as proclamations and commissions of cabinet ministers, senators, judges and senior government officials. It's made of specially tempered steel, weighs 3.75 kilograms and is 12.7 centimetres in diameter. The seal dates back to the beginning of the reign of Elizabeth the Second. The seal bears the effigy of Queen Elizabeth II, in her robes, holding the orb and sceptre, and shows her sitting on the coronation chair. 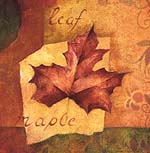 Since 1965, the maple leaf has been the centrepiece of the National Flag of Canada and the maple tree bears the leaves that have become the most prominent Canadian symbol, nationally and internationally.

Maple leaf pins and badges are proudly worn by Canadians abroad, and are recognized around the world.

Although the maple leaf is closely associated with Canada, the maple tree was never officially recognized as Canada's arboreal emblem until 1996.

National Anthem: "O Canada"
"O Canada" was proclaimed Canada's national anthem on July 1, 1980, 100 years after it was first sung on June 24, 1880. The music was composed by Calixa Lavallée, a well-known composer; French lyrics to accompany the music were written by Sir Adolphe-Basile Routhier.