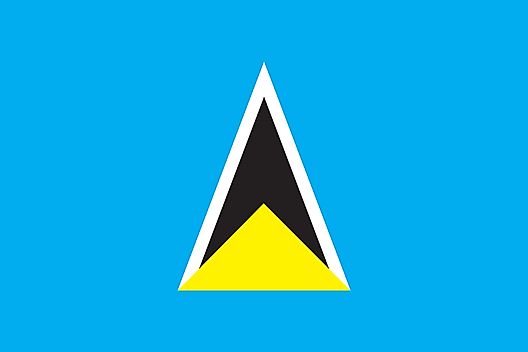 After driving the indigenous Arwak peoples off St. Lucia, the Carib Indians were eventually wiped out by disease inadvertently introduced to the island by European explorers.

And speaking of Europeans, the French first landed on the island at the beginning of the 16th century, and they quickly signed a treaty with the locals.

By the late 1600s, the French began to develop the island for the cultivation of sugar cane on extensive plantations.

After changing hands between the British and French (14 times), the Brits finally took control of St. Lucia in 1814.

During British control, the Brits imported enslaved Africans as workers; and conditions for those unfortunate souls was difficult, and many died.

Eventually, because of slave revolts across their Caribbean colonies, the British abolished the slave trade; many of the whites left St. Lucia, and ethnic Africans were the majority of the population.

In the late 1950s St. Lucia joined the West Indies Federation. Slowly internal self-government grew more and more prevalent, and in 1979 it gained its full independence.

Agricultural industries were the mainstay on St. Lucia for decades, but Caribbean tourism of the last few decades have made this (simply stunning island) famous and economically solid.

The two towering volcanic cones on the southwest coast, Gros Piton and Petit Piton remain navigational aides for mariners, and are regarded as one of the Caribbean's most famous landmarks.

The island is ringed with sandy beaches, friendly villages and spectacular scenery at every turn.

The capital city of Castries and the surrounding resorts, as well as the coastal village of Soufriere and the nearby nature attractions are the major draws for visitors.