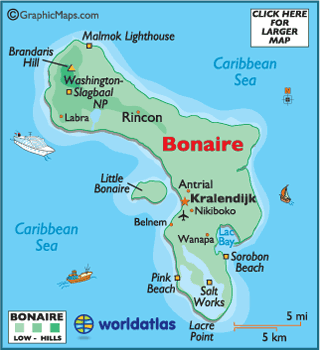 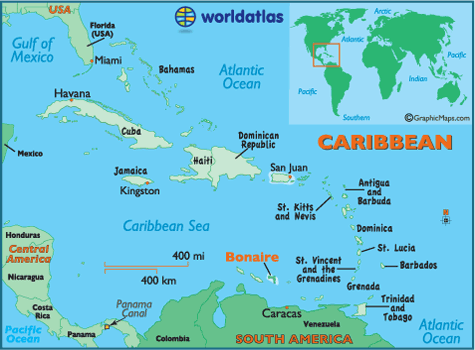 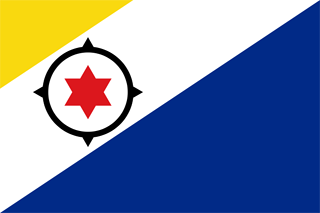 The flag of Bonaire was adopted on December 11, 1981, and consists of a large blue triangle in the lower right corner and a smaller yellow triangle in the upper left corner. They are seperated by a white strip containing a black compass and red six-pointed star.

The blue and yellow triangles represent the sea and sun, respectively, while the white represents the sky. The black compass symbolizes the population of Bonaire who come from the four corners of the world, and the red six-pointed star symbolizes the original six villages of Bonaire - Antriol, Nikiboko, Nort Saliña, Playa, Rincon and Tera Korá. The red, white and blue colors are also a display of loyalty towards the Kingdom of the Netherlands.
Larger Bonaire flag
Bonaire Coat of Arms: 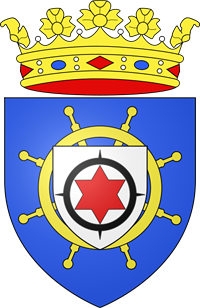 Bonaire's coat of arms was established in 1986. It contains a blue shield that displays a compass, ship's wheel, and red six-pointed star. A crown is placed above the shield. 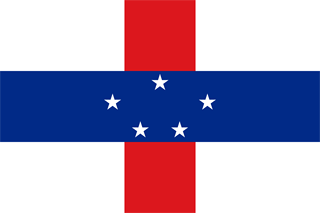 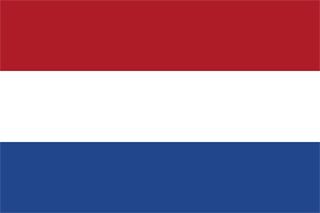 Flag of the Kingdom of the Netherlands