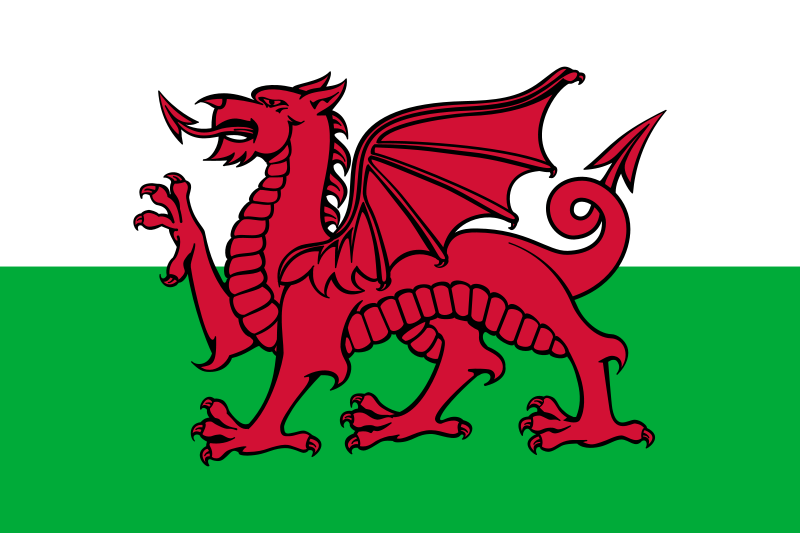 This flag was officially adopted in 1959, but the red dragon (possibly Roman in origin) has been associated with Wales for many centuries. The green and white background stripes represent the House of Tudor, a Welsh dynasty that once held the English throne. 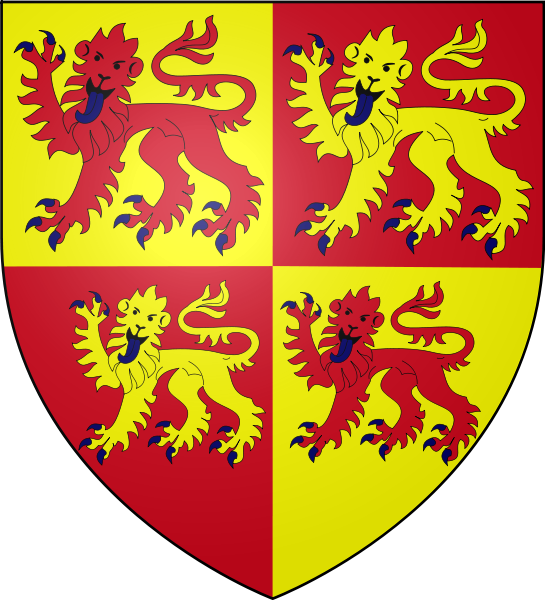 The Coat of Arms of the Principality of Wales is a coat of arms used by the Prince of Wales.

It is based on the arms borne by Llewelyn the Great, the famous 13th-century Welsh prince. It has not been frequently used in Wales as a national symbol of the past, however it is still used some in modern times, but without the crested crown