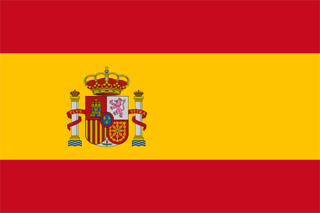 The red and golden-yellow colors of Spain's flag were first used in the late 1700s by the King of Spain, as he tried to easily differentiate his ships from those of other countries. 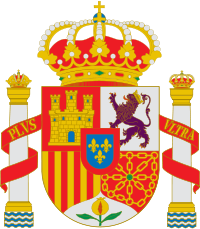 The country's coat of arms is composed of six (6) other coats of arms, including those of Aragon, House of Bourbon, Castile, Granada, Leon and Navarre.

On either side of the Coat of Arms are the Pillars of Hercules, an ancient name given to the Straits of Gibraltar. It is topped by the royal crown of Spain.