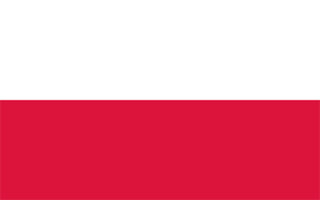 The Poland flag was officially adopted on August 1, 1919.

Red and white have long been associated with Poland and its coat of arms. On the modern flag, white is said to represent the hope for peace by all of Poland's people, while red recalls the many struggles for freedom over the centuries. 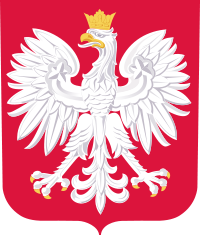 Poland's coat of arms consists of a white eagle resting against a red shield.

Legend has it that the founder of Poland, Lech, saw a white eagle's nest, and as he looked upon the bird, a ray of sunshine fell on its wings making it appear as if they were tipped in gold. Delighted, he decided to settle, and made the eagle his emblem.