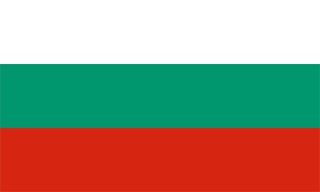 The flag of Bulgaria was officially adopted on November 22, 1990.

colors. The green replaced the blue of the

, and before 1990, the white stripe contained the Bulgarian coat of arms. 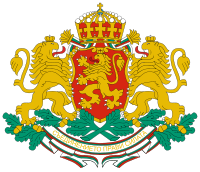 Bulgaria's coat of arms is composed of two golden lions supporting a red shield containing a third golden lion. Above the shield sits the historical crown of Bulgaria, and below, resting on oak twigs, is a ribbon depicting the national motto, "Unity renders power."