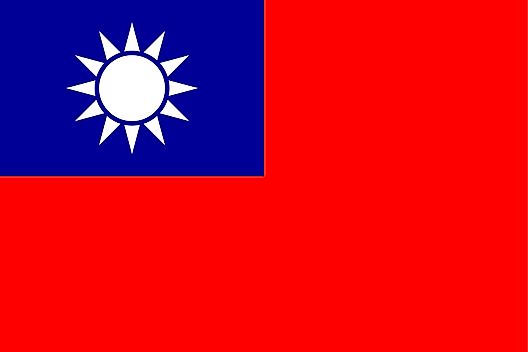 The Taiwan flag was officially adopted in October 1928.

The white sun on the blue field was the Kuomingtang party flag, and the rays represent two hours of each day. The red field represents the Han Chinese race. 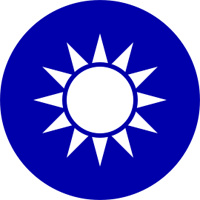 Known as the 'Blue Sky with a White Sun' the emblem of Taiwan was adopted in 1928.