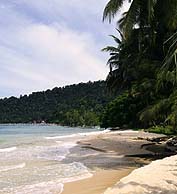 Located in Southeast Asia, just north of the Equator, the exotic, tropical islands and lands of Malaysia contain some of the most beautiful beaches on the planet and a collection of unrivaled rainforests and national parks.

Archaeological evidence indicates that human beings began to inhabit the general area well over 40,000 years ago. The Malays evolved into the dominant race by the first millennium AD, and established small states that were influenced greatly by Indian culture.

As many as 30 kingdoms reigned throughout the 2nd and 3rd centuries, including the ancient Langkasuka empire - which is among the earliest known kingdoms of Malaysia. 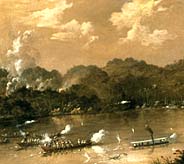 The maritime Srivijaya Empire controlled a significant amount of the Malay peninsula between the late 7th and 13th centuries, revolutionizing trade and becoming the main power within the archipelago.

After the collapse of the Srivijayas, Islam began to gradually spread through the region, and sultanates began to evolve. The Malacca Sultanate prospered as the first independent state, and became a vital commercial center.

In 1511, Portugal conquered the Sultanate of Malacca, making it the first European power to gain access to the Southeast Asian trade route.

The Netherlands and Spain superseded Portugal's stronghold in the 17th century with the Dutch taking over Malacca. 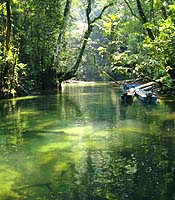 However, it was the British who recognized the strategic position of the Malay states and their abundance of natural resources, and they ultimately colonized and controlled the region for over 150 years beginning in the mid-1800s.

Originally, a policy of non-intervention was upheld by the British, but the commercial importance of mining eventually led to conflict between the aristocracy. The subsequent damage to the economy and destabilization pushed Britain to intervene.

During World War II, the Japanese invaded, and occupied the area for over three years, until the war finally ended in 1945.

Following the war, the British-ruled territories on the Malay Peninsula (which included the southern parts of Burma (Myanmar), Thailand and Peninsular Malaysia) formed the Federation of Malaya. In1957, after a decade of intense negotiations, Malaysia gained independence from Britain.

Malaysia itself was formed in 1963 when Singapore and the states of Sabah and Sarawak joined the Peninsular Malaysia Federation. Singapore left in 1965 to become a separate nation.

Malaysia saw a period of rapid economic growth in the 1980s under the direction of Prime Minister Mohamad; urbanization was quick to follow, as well as a shift to an economy based on manufacturing and heavy industry.

Shaken by the Asian financial crisis in the late 1990s, a massive victory by Abdullah Ahmad Badawi in 2004 lifted the Malaysian economy and gave much of the population borderline first world standards.

Two anti-government rallies took place in November 2007, as thousands campaigned for an electoral reform brought on by allegations of a corrupt system heavily favoring the ruling political party. Both rallies were subsequently banned after the government labeled them "a threat to national security."

Malaysia continues to move towards a first world status, and the current government has expressed a very aggressive objective to be fully developed by the year 2020. It has one of the best economic records in Asia and is expanding its sectors of science, tourism, commerce and medical tourism.

Separated by the South China Sea, both sides of Malaysia (east and west) are diverse, multicultural regions. As for tourism, Malaysia is growing in acceptance and has developed into a popular cruise ship destination.