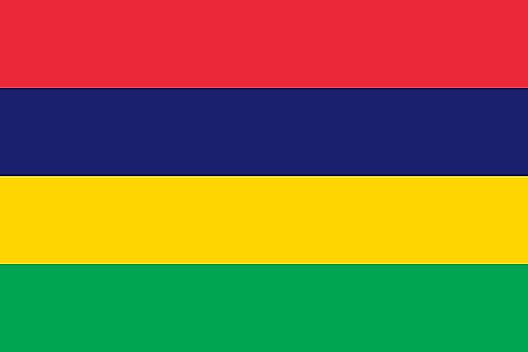 Located 1,200 miles (2,000 km) off the southeastern coast of Africa, in the Indian Ocean, the island of Mauritius is relatively young, having only been created nearly 8 million years ago by volcanic activity.

Although molded by volcanoes, there hasn't been any active on the island for more than 100,000 years.

Rising from the coastal plains, much of the island is bordered by a broken ring of mountain ranges with streams and rivers flowing through ancient cracks formed by the flow of lava.

White sandy beaches surround the coastline of Mauritius, and are protected from the ocean by the third largest coral reef in the world.

Nearly a hundred uninhabited islets and rocks dot the waters off the coast, and are a popular weekend spot for locals and tourists alike.