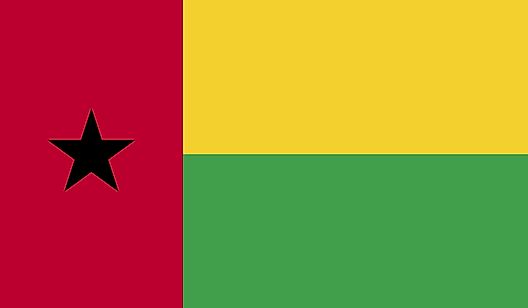 Guinea-Bissau is generally a low-lying country whose interior includes a flat savanna and rain forests.

Off the coast of Guinea-Bissau is the Bijagos Archipelago, a group of some eighteen major islands and dozens of smaller ones that extends along the Atlantic Ocean coastline, and the Orango Islands National Park is its main attraction.

On the mainland, the country's coastline is dominated by a few scattered beaches and swamps of mangroves.

The Geba River of West Africa rises in Guinea, and extends through Guinea-Bissau onto the Atlantic Ocean. It is nearly 340 miles (550 km) in total length.

The highest point of the country is an unnamed hill at 984 ft (300 m); the lowest point of Guinea-Bissau is the Atlantic Ocean (0 m).