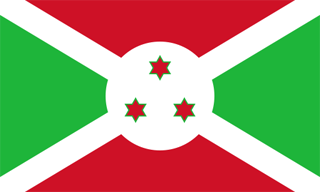 The Burundi flag was officially adopted on June 28, 1967.

The three stars represent the three ethnic groups that live in the country; the Hutu, Tutsi and the Twa. The red in the flag stands for the independence struggle, the green for hope and the white for peace. 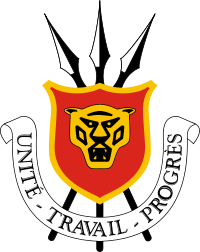 Burundi's coat of arms was adopted in 1966, and features a shield bearing the head of a lion. Three African spears rest behind the shield, and the national motto, "Unity, Work, Progress," is depicted in French below.