Now that the fires are dying down and the media attention is drifting away, Australian wildlife needs your attention more than ever before.

Over a hundred infernos raged across various parts of Australia this unusually intense fire season engulfing more than one billion animals and over 11 million hectares of land in their lethal flames. Now that the bushfires have been largely contained in several places including the worst-hit New South Wales, it is time to rebuild and revive all things lost. But, is it possible for the Australian bush and its residents like the koalas to return to their former state? What are some of the common myths associated with the fires that the world needs to know and forget? How can Australians and the international community aid the helpless Australian wildlife to find a new lease of life? For answers, World Atlas spoke to Wildlife Presenter and Youtube creator Nicholas Petropoulos from Victoria, Australia. After working in zoos and wildlife parks pan-Australia, Petropoulos discovered that young Australians knew less about native wildlife than they did about lions, tigers, and pandas. With a mission in mind to spread awareness among the youngsters about the fauna that surrounded them, Petropoulos started visiting educational institutions with his ambassador animals. 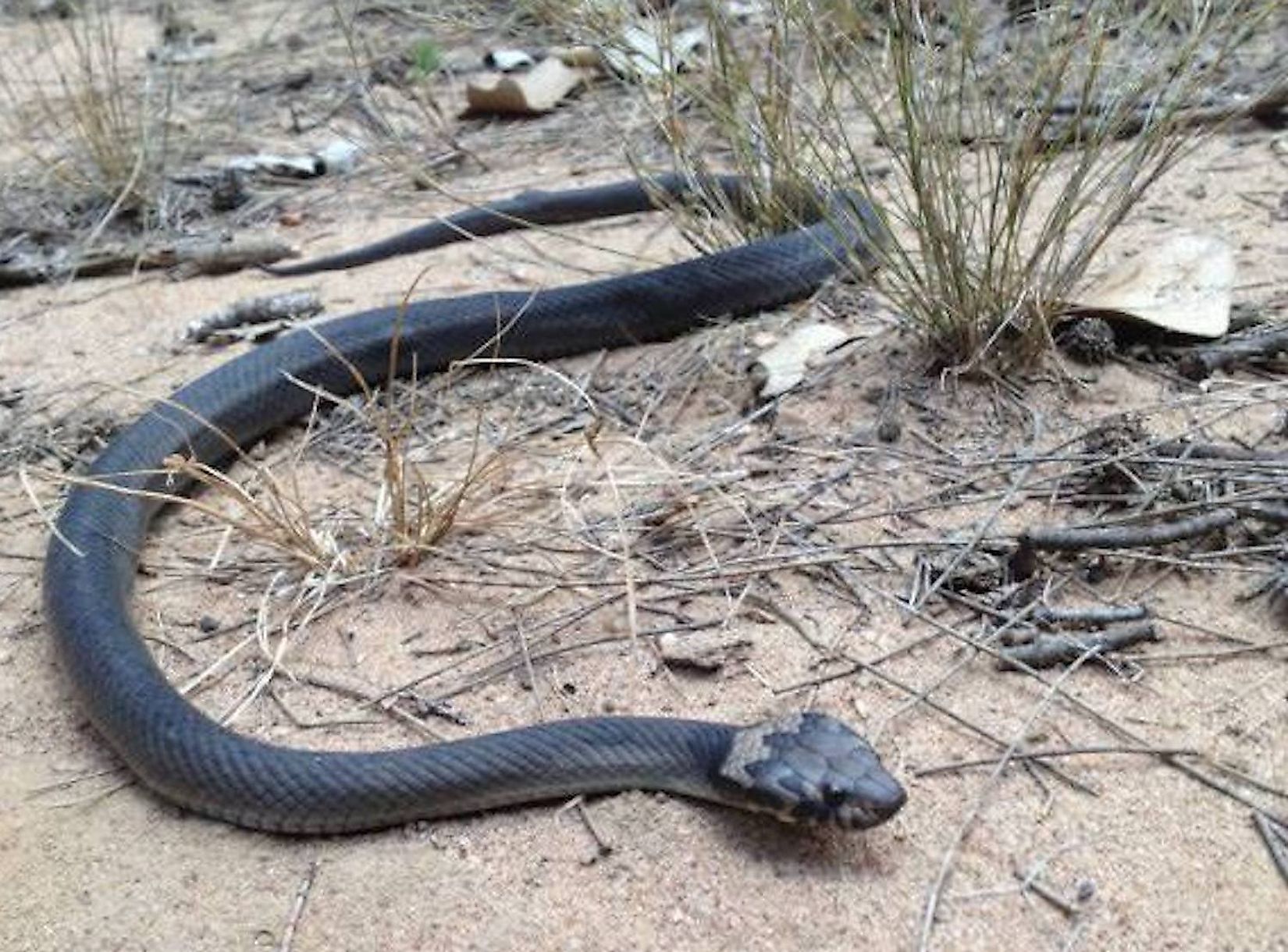 Soon, he presented at large public events where he taught people to love everything from snakes to crocodiles to cockatoos to wombats. More recently, he has started a  YouTube channel called Wicked Wildlife that has a wider global reach bringing Australian wild wonders to people of the world.

In an email interview, Petropoulos reveals some of the hard-hitting facts associated with the bushfires in Australia and tells us how we can contribute to helping fire-devastated Australian wildlife make a comeback.

With the Australian bushfires becoming viral global news feed for months, rumors also spread with the same intensity as the flames. However, now that it is time to rebuild Australia's wild scene, the world needs to distinguish the truth from the myth. Petropoulos throws light on some of the common myths about the Australian bushfires that the world needs to know. They are as follows:

Myth: That the fires were everywhere

While massive sections of land have been burnt in various parts of Australia, the vast majority of the country and even fire-affected regions are still open for business and for people to visit and appreciate. 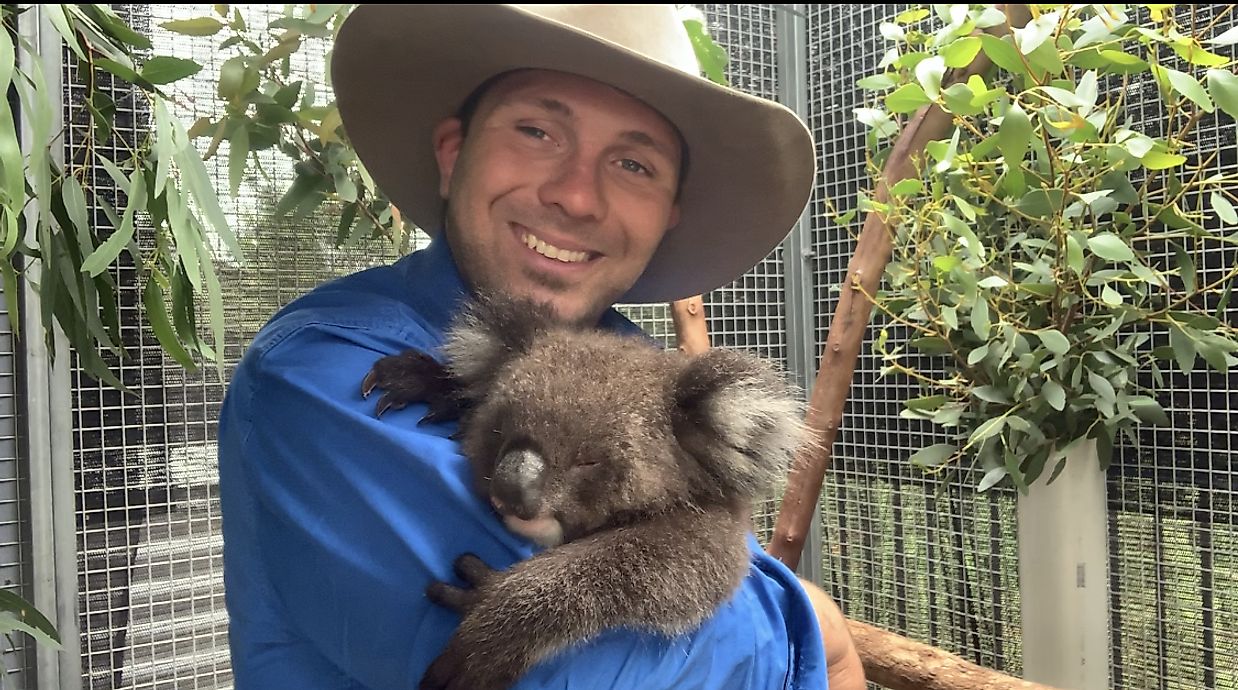 There is no doubt that the koalas have suffered severely during the recent bushfires. However, records show that koalas have demonstrated the ability to recover their populations when conserved, and have actually been far more endangered in the past. In a recent video, I explained that after decades of hunting for the fur trade koalas were rendered locally extinct in South Australia and critically endangered elsewhere by the 1920s before recovering to the populations we have today. Now, this isn’t to say we don’t need to be concerned about the koalas after the recent bushfires, but that their conservation is still an achievable goal. There is still hope left.

Myth: Koalas were the worst-hit species 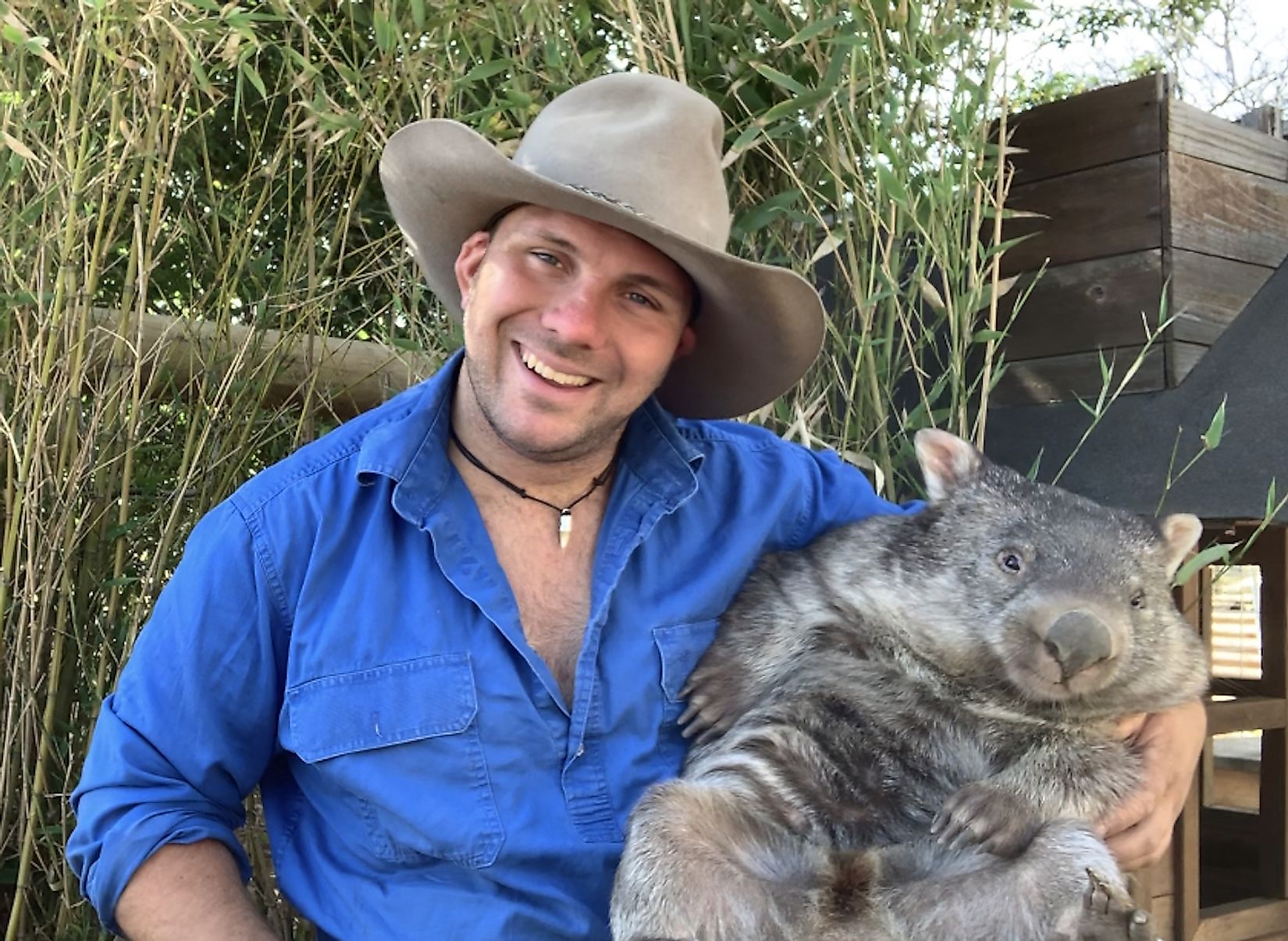 Like we have said above, koala populations have certainly been decimated by the fires, but many other species have been affected too. For example, the kangaroo island dunnart that had a population that numbered less than 1,000 individuals before the fires, have had their entire natural range burnt out and populations reduced to just a few individuals.

Myth: That grazing by cattle and feral horses would reduce the risk of fires like this in the future

Since the fires, many people are pushing for the reintroduction of cattle grazing to public land and the conservation of Australia’s feral horse population under the pretense that it reduces fuel loads and thus the intensity of fires.While this sounds logical, science has gone to show the opposite in many ecosystems. Hooved animals are known to compact the soil and damage wetlands leading to a drier landscape. Overgrazing many softer less-flammable plant species by these animals allows invasive grasses to creep in and take their place creating a more flammable landscape. While this isn’t the case for every ecosystem, some people don’t realize it’s not as simple as “grazing reduces fuel loads.”

Myth: Fires are the biggest threat to Australian wildlife

While the fires have had a massive impact across much of the country, people need to realize that Australian wildlife is already in trouble due to habitat loss, the introduction of invasive species such as cats and foxes, and climate change. Addressing the fires specifically is a fantastic thing but we cannot afford to forget to tackle the other issues driving many species to extinction.

Koalas, one of the most iconic species of Australia, became the focus of attention during the recent bushfires. With their fluffy ears and spoon-shaped nose lending them an adorable appearance, the koalas immediately attracted global support as the wildfires devastated their homeland and killed thousands of them. Petropolous answers some of the common questions that are associated with the effect of the bushfires on the koalas.

What has changed for the koalas following the bushfires in Australia?

During the recent bush fires, millions of hectares of land were ravaged. Most of it was prime koala habitat and a significant portion of the koalas' natural range. The fires have led to the unfortunate death of tens of thousands of koalas and many more coming into care as orphans who have lost their mothers or due to injuries like burns and smoke inhalation issues.

On the other hand, these extremely tragic events have put koalas back on an international stage and we are witnessing a new drive for their conservation. Many people are now campaigning for the koala to be classified as an endangered species.

What is being done to save the koalas?

Thousands of koalas have been rescued by organizations such as Southern Koala Rescue, Kangaroo Island Wildlife Park, and hundreds of privately licensed wildlife carers. Wildlife sanctuaries are also accepting wild koalas to ensure they are fed and cared for while their habitat reestablishes itself to the point of being able to sustain stable koala populations again.

In your most recent video, you have mentioned that the sub-urban habitat is now important for koala conservation. Why is it so? 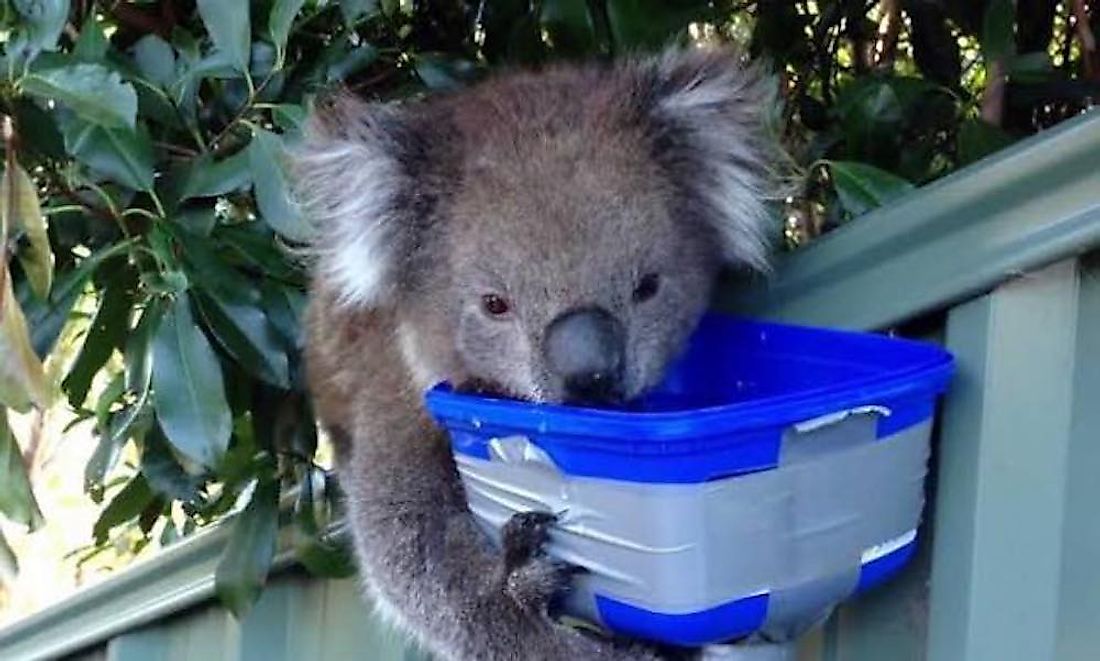 A multitude of reasons makes sub-urban habitat vital for sustaining current wildlife populations. While a huge part of the habitat has been lost to the recent bushfires, it will, with time, rehabilitate and support koalas. On the other hand, an equally large amount of habitat has been lost over the last several hundred years due to clearing for agricultural and suburban development. The cities of Melbourne, Sydney, Brisbane and many more are all built on what was originally important koala habitat.

While in many of these areas are completely devoid of koalas, most of these cities continue to have small koala populations that are trapped in islands of green among the concrete, and with the loss of koala numbers elsewhere these individuals can play an important role in maintaining total koala numbers. The other reason suburban areas need to be built with koalas in mind is to allow movement of animals from one area to another. While the recent fires have been some of the most catastrophic on record, bushfire has been a part of the Australian landscape for many thousands of years. In the past, animals of all species were able to move back into burnt-out areas from fire-unaffected areas and recolonize the fireground once it began producing food again. Today, we often have roads, towns or entire cities with a koala population on one side, and vacant habitat on the other. Thus, creating koala-friendly suburbs with strategically planted trees that allow them to pass through the area allows koalas to reach new areas. It also helps to promote gene flow between populations, preventing the inbreeding we see when populations are unable to migrate out of an area.

The Important Question Is, What Can You Do? What can the Australian people do to ensure the koalas and other Australian wildlife that suffered heavily due to the fires have a normal life again?

While the generosity and care shown towards our wildlife carers since the fires have been fantastic, many people might not realize now that the fires are largely out, and the media attention has started to drift elsewhere, many wildlife carers are going to be providing and caring for these animals for many months to come. If people are wanting to help, then wildlife carers are going to need long-term help through financial donations as well as volunteers to get as many animals as possible back into the wild. Besides wildlife carers, many researchers are now conducting surveys to assess some of the less well-known species impacted by the fire and locals can contact their nearby universities to see if there’s any fieldwork needing volunteers. What can the world do to help Australia’s wildlife affected by the bushfires?

There are several things people from around the world can do to help conserve Australian wildlife such as to continue to donate money, knit or sew pouches for wildlife carers, etc. However one of the major ways people overseas can help is to consider Australia as a place to visit for their next holiday. While there are lots of places where tourists can volunteer to work with wildlife even just visiting wildlife sanctuaries or local towns can help. Most wildlife carers are private people funding their work through their own wages or donations from within their town. Hence, when tourism-dependent towns start struggling they are not able to put money as donations to wildlife carers. The tourism sector also provides huge assistance to wildlife directly through wildlife parks and sanctuaries who are either taking in and caring for fire-battered animals themselves or assisting small private carers by sharing their resources.By visiting Australia and exploring its wildlife, tourists contribute to increasing the "economic" value of our wildlife. When governments see that people are visiting Australia specifically to see our wildlife in their natural environment then there is a bigger push to protect these habitats and the species residing there for economic reasons.