Despite the innumerable challenges to its conservation, Proyecto Tití, a conservation organization based in Colombia, and founded by Dr. Anne Savage, is determined to protect the cotton-top tamarin, a critically endangered primate.

It is hard to imagine that a species as charming as the cotton-top tamarin can end up being one of the world’s most threatened primates. Found only in the tropical forests of northern Colombia, this squirrel-sized New World monkey, one of the world’s smallest primates, is admired for its luscious white locks, described by BBC as “the funkiest hair in the animal kingdom.” Its good looks have, however, got it into trouble as demand for pets has drastically reduced its population in the wild. Medical research has also gnawed away a massive population of the cotton-top tamarin. And currently, habitat loss is its biggest enemy.

Despite the innumerable challenges to its conservation, Proyecto Tití, a conservation organization based in Colombia, and founded by Dr. Anne Savage, is determined to protect the species. Proyecto Tití (Project Cotton-top Tamarin) has made gigantic strides in this direction since its inception in 1985. World Atlas was privileged to interact with Dr. Savage to learn more about the plight of the fascinating cotton-top and the conservation strategies adopted by Proyecto Tití to save them. 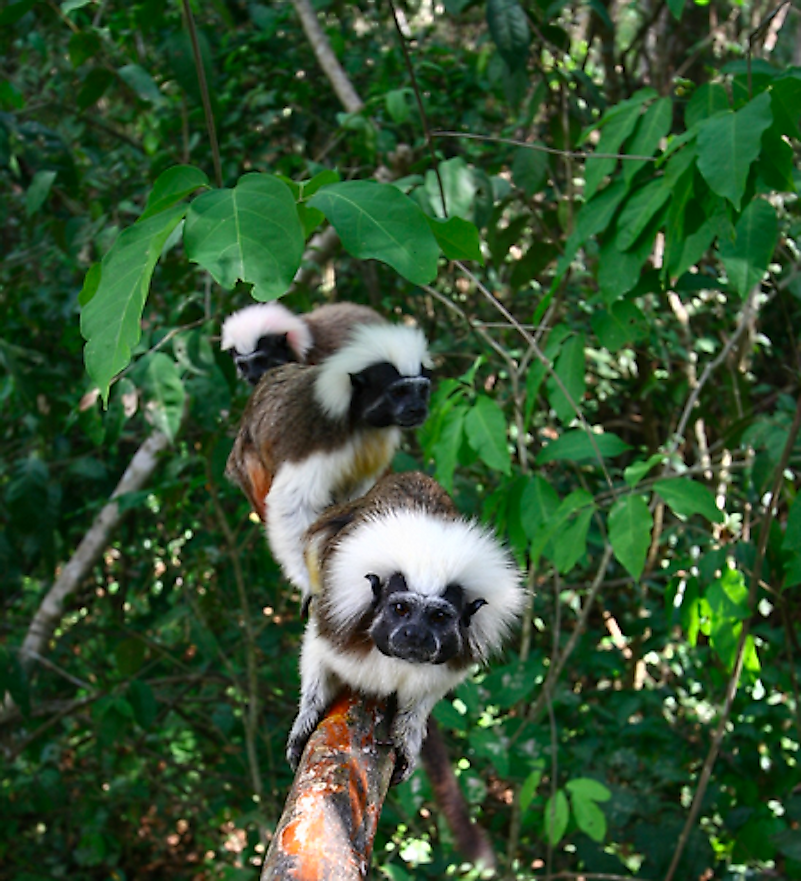 The Story Of Colombia’s Cotton-tops

“When I first started working in Colombia in the late 1980s very few people knew that cotton-tops were endangered or found only in Colombia,” said Dr. Savage, Executive Director, Proyecto Tití, Inc.

Like all other threatened species of wildlife, cotton-tops were once abundant in the forests of Colombia until populations of the species succumbed to human greed.

In 1973, the species was declared Endangered when demand for medical research led to the removal of 20,000 to 40,000 tamarins from the wild to the United States to serve as laboratory animals.

Despite the threatened status, threats to the species continued, diversified, and intensified. Clearance of the cotton top’s habitat for agriculture, housing, and fuel, and the capture of these animals for the illegal pet trade further decimated its population.

After disappointing figures obtained from a census of the species conducted from 2005 to 2006, in 2008, the IUCN’s Primate Specialist Group was compelled to recommend the classification of the cotton-top tamarin as Critically Endangered.

Proyecto Tití Hasn’t Give Up

The complex issues associated with the protection of the cotton-tops, however, did not discourage concerned conservationists but further boosted their resolve to defend them.

Proyecto Tití continues to lead conservation efforts to conserve cotton-tops using a multi-disciplinary approach that involves working with communities, governments, and the general public to inspire more people to join in conserving this tiny monkey.  Proyecto Tití has field sites in Santa Catalina and in San Juan Nepomuceno and managed under the Colombian non-profit organization Fundación Proyecto Tití.

With this vision, Proyecto Tití has made significant strides in the conservation of the Critically Endangered cotton-top tamarins.

The organization has worked with the Colombian government to declare the first two protected areas for the species in Colombia. The construction of an airport that would have cut through vital cotton-top tamarin habitat was also stopped.

The scientific team at Proyecto Tití also devised ways to locate the otherwise elusive and small-sized cotton-tops in the wild by capturing and dyeing their fur with a hair dye before re-releasing in the wild. It made it possible for field researchers to locate them in the dense greenery of the forest and monitor their population. Radio transmitters have also been fitted on some individuals to help track their whereabouts in the forest. 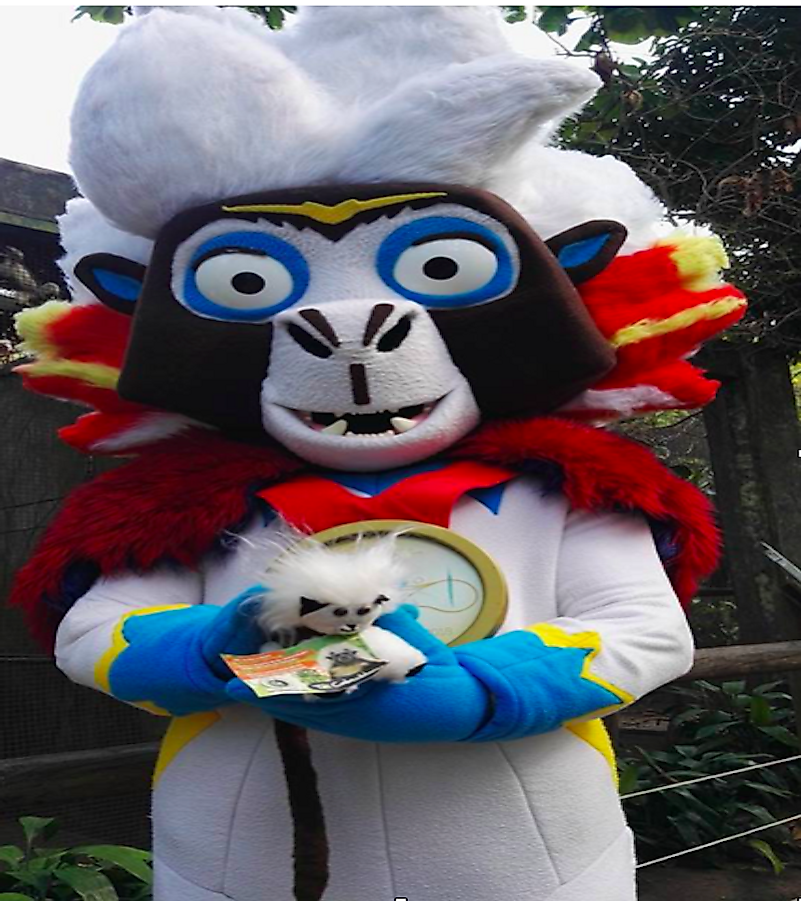 Proyecto Tití also believes in the importance of involving the local community in saving the species. As such, they conduct educational and awareness programs to incorporate the locals in conservation activities. They try to provide alternative sources of income for the locals so that their dependence on the forest for subsistence decreases. They have also educated the people about the need to distinguish between exotic and domestic pets and that keeping wildlife as pets is not good for the species.

The efforts of the organization have also helped establish the Day of the Cotton-top Tamarin as a national holiday in Colombia every year on August 15. 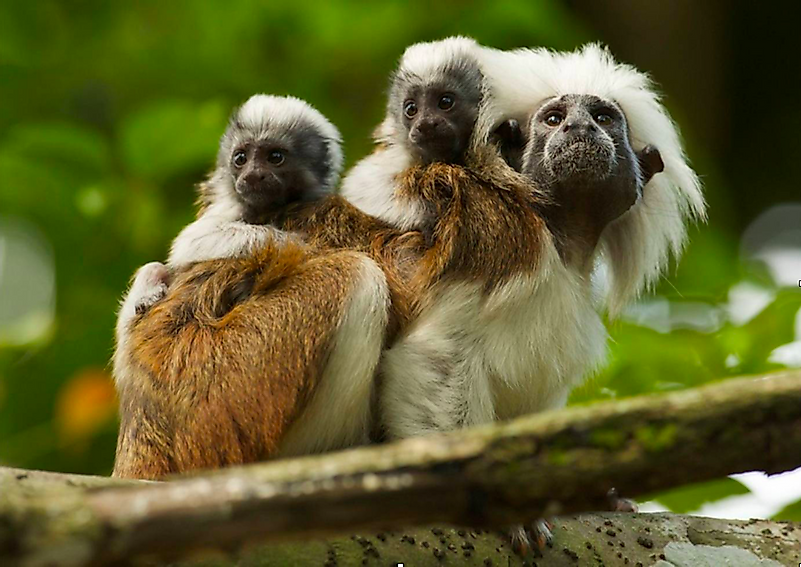 With all the humongous efforts undertaken to protect the cotton-top tamarin, significant progress has been achieved in its conservation. Dr. Savage throws some light on this.

“We have been able to see how our work has spread throughout Colombia and now more people than ever are working to protect cotton-tops,” said Dr. Savage.

“Today, cotton-tops have become the symbol for conservation and Colombians are very proud of the efforts made to conserve them. Images of cotton-tops are now found painted on walls in communities, songs are written about them, and the cotton-top was chosen as the mascot for the Central American and Caribbean Games in 2018! This interest and concern have also helped to create more than 13,000 acres of protected forests for cotton-tops in the last 10 years!”

Dr. Savage also mentioned how cotton-tops have now earned global fame. They have been featured in movies. All the marketing material for Magia Salve (https://www.imdb.com/title/tt5027202/) used the cotton-top. BBC Seven Worlds, One Planet (https://www.youtube.com/watch?v=t_OnGV_43W8) and (https://www.facebook.com/watch/?v=2425160391087463) also recently featured the species.

With all the great work being done, it looks like this Critically Endangered species still has hope for a bright future. Greater global involvement in its conservation is needed, something not too difficult to achieve as the impressive cotton-tops are hard to ignore!  Learn more about Proyecto Tití at www.proyectotiti.com