When we think about the life of the soldiers who fought in World War I, we usually think about soldiers firing from the trenches and trying to evade the bullets from the opposing army. However, many other things went on in the trenches besides just the active battle, although a small number of the overall army actually lived in the trenches. Considering they were the first line of defence, it was truly a hazardous place to be.

Obviously, the conditions of the trenches greatly depended on which army the trenches belonged to, whether it was summer or winter, and how many men were living together in any given time. Considering the limited space conditions as well as the inability to keep up with the basic hygiene requirements, the men living shoulder to shoulder for weeks at a time, were in considerable risk of diseases, many of which were very serious.

The Spread of Disease

The conditions that most of the infantry who fought in the trenches had to live in were deplorable. They couldn’t wash regularly, had to live very close to their improvised lavatories and were dependant on the mercy of the weather to stay dry. This type of habitat frequently resulted in a quick spreading of diseases, many of which were excruciatingly painful. One of those diseases was a condition called trench foot, which at times called for an amputation of the soldier's foot as to prevent the tissue necrosis to spread even further.

Post-traumatic stress disorder was also rampant, as one would expect. It wasn’t yet given this name at the time of WWI though. The label was ‘’shell shock’’, which was in connection to the prolonged periods of bombarding and the stress caused by it. This condition seriously impeded soldiers ability to cope with life during wartime, which was hard to deal with even with the most stable mental state. 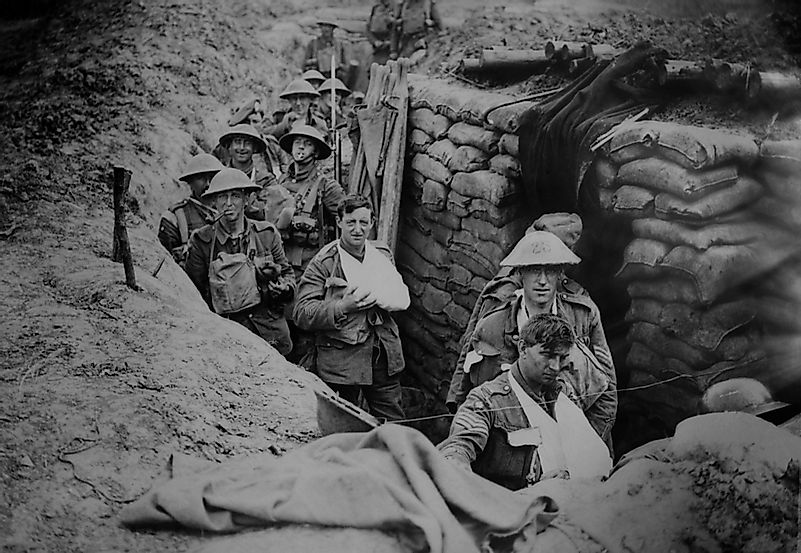 During the times when there was no active, formal shooting, things still weren’t all that great. Soldiers living in the trenches were still victims of shooting from far-away snipers and bombs. The percentage of men killed in this way would routinely be around 10% and the occurrence was even given a name- wastage.

Losing this many men regularly created a need for continual reinforcement being brought in to replace them. It was an incredibly stressful life, knowing you could be killed even during what is considered a peaceful time. 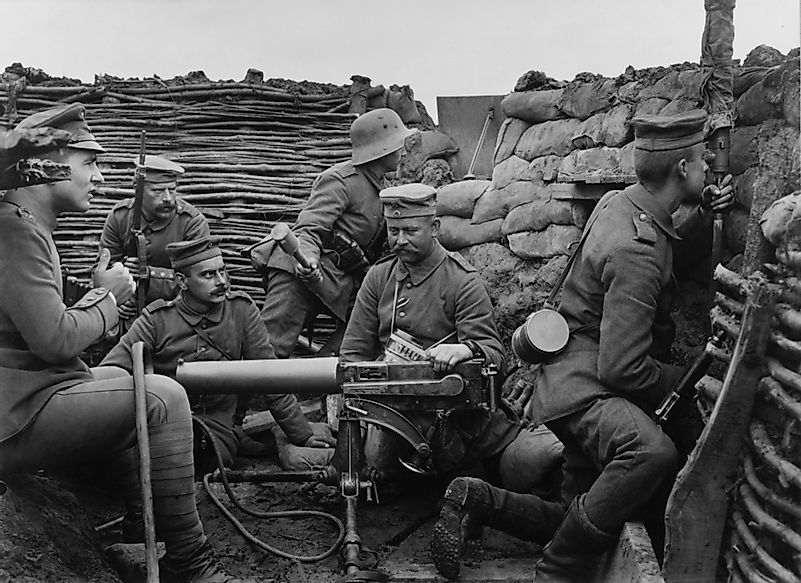 Even if times spent in the trenches mainly revolved around attempting to stay alive, it is in human nature to try and liberate the mind from the constant pressure. So it was only natural that the men seized any chance they got to engage in games like playing cards, gambling (although officially forbidden in some armies), different kinds of races or even football. Not only did they play sports recreationally when given a chance between rest and combat, but they also went to great lengths to organize official teams and tournaments.

These types of activities served the purpose of raising the soldier’s morale within the trenches but also were seen as an efficient way to practice combat and general motor skills.

Although the infantry was typically in such conditions in which they couldn’t clean themselves or change their clothes sometimes for weeks at a time, they occasionally had the opportunity to get clean. This opportunity was also essential to the morale of the troops as it was also a way for them to lessen the impact of rampant diseases.

On the same list of priorities was also the food they were given to eat. It was of the utmost importance that the soldiers receive quality nourishment as it would have direct effects on their ability to withstand the dreadful conditions.

It truly is hard for us to even imagine what it must have felt like having to endure such a hardship that was life in the trenches during the Great War. Even though there were certainly differences between various countries that participated in the War, the general conditions of the life on the first line of defence were very much the same - none of them being any easier than the rest.