The longest river in India is the Indus River. The very term India is an adaptation of the word Indus. That word itself was an indirect derivation from the Sanskrit word Sindh, which the localities used to address the Indus River. With religious, economic, cultural, and social importance, the river Ganga is undoubtedly the soul of the country. Meanwhile, the Brahmaputra River is a major support pillar of this nation. 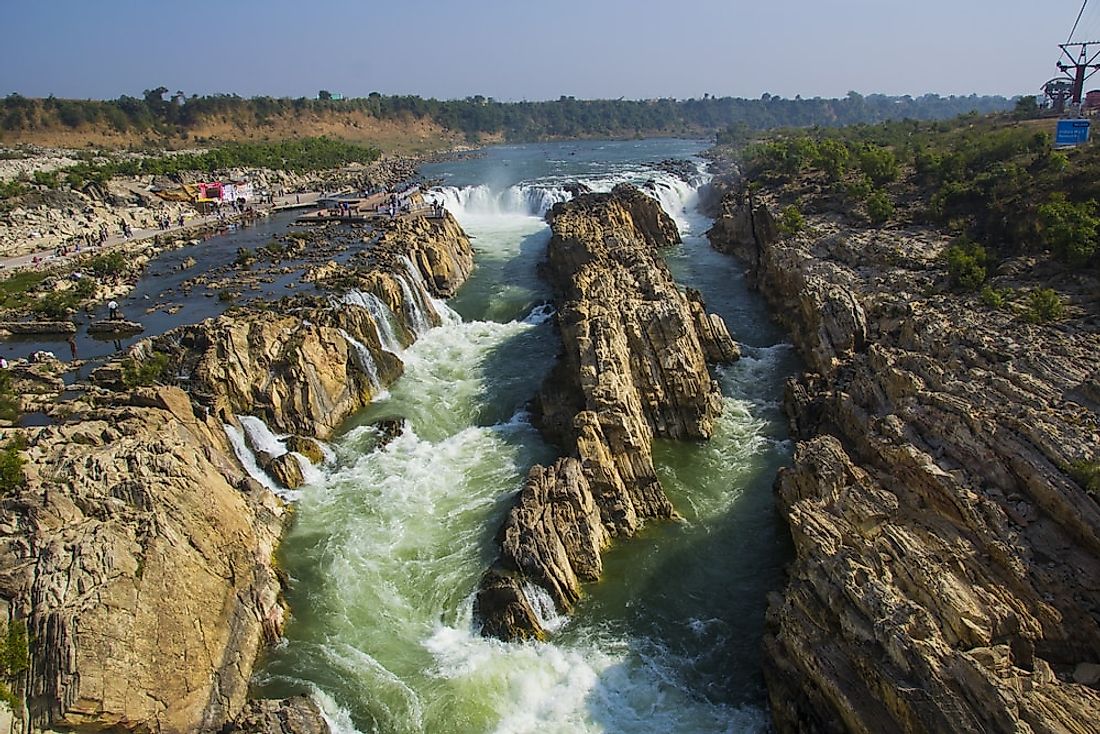 The Narmada flows through the central part of the country. When considering rivers that flow only entirely within India, the Narmada is technically the third longest, after the Godavari and the Krishna. The Narmada is unique for the fact that it flows westward, unlike many other rivers in the country which flow eastward. Narmada is considered to be the holiest river in the country.

The Gadilam is a river in the southern portion of the country, in the state of Tamil Nadu. It is sometimes called the Kedilam River. Like other entires on this list, the Gadilam flows into the Bay of Bengal.

Like others on this list, Yamuna also originates from a glacier - specifically the Yamunotri Glacier. The Yamuna then continues to flow for 1,376 km, where it sustains the livelihood of over 50 million people. The Yamuna is notable for being the largest river in the country that does not ever flow to the sea. It is one of the Ganges River's main tributaries. 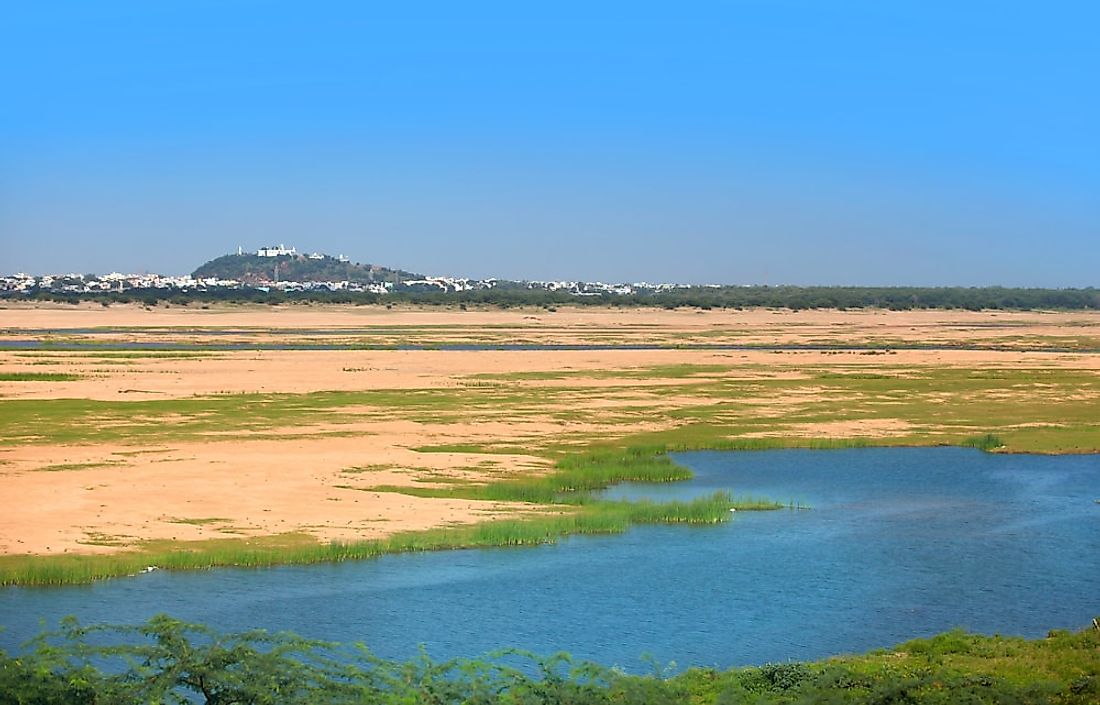 Also called the Krishnaveni Reiver, the Krishna is found in the Western Ghats in the southeastern portion of the country. It flows through the states of Telangana, Andhra Pradesh, Maharashtra, and Karnataka. Its origin is at Mahabaleshwar, a small town in the state of Maharashtra. Its largest tributaries are the Tungabhadra River and the Bhima River.The Krishna is known for its quick flow and intense deepness, which can easily reach a depth of 23 m. The area surrounding the Krishna is prone to soil erosion during monsoon season.

The Sutlej, sometimes called the Satluj or the Satadree, runs through northern Indian states, as well as through China, India, and Pakistan. The majority of the river is in Pakistan. Due to its very fast flow, the Sutlej is a major source for hydroelectric power in the region. Several dams have been completed on the river. The river is notable for flowing at a very high altitude. The Sutlej is part of the Indus river system. 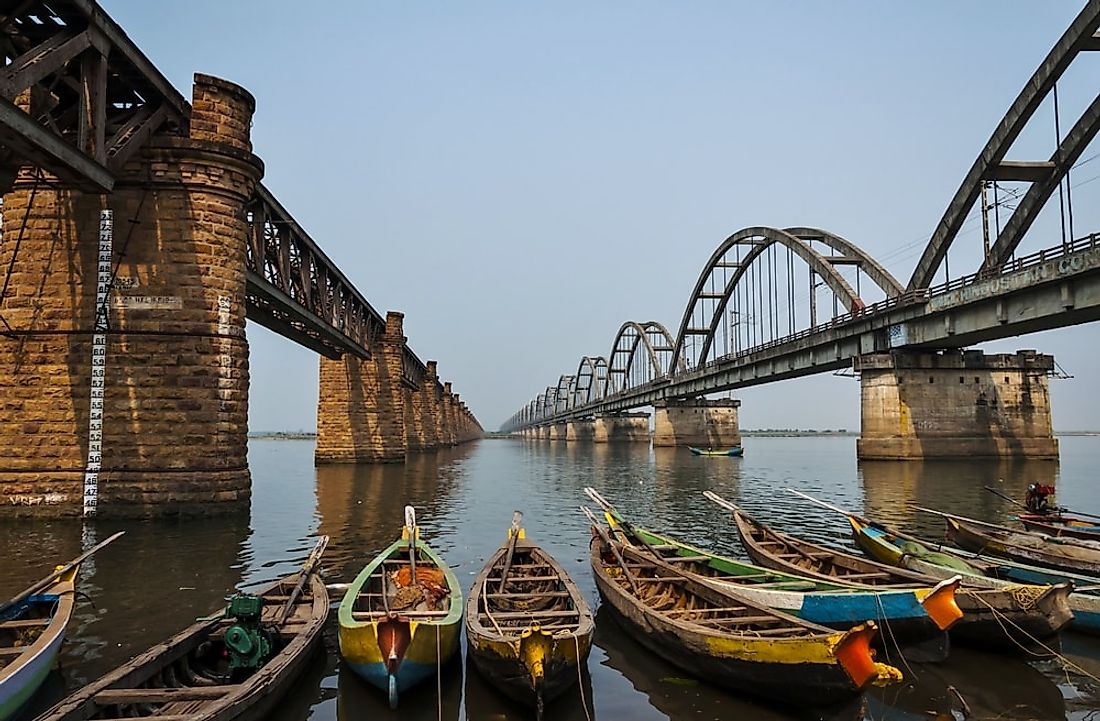 The Godavari River has its source in Maharashtra in western India. Sometimes dubbed the "Ganges of the South", the Godavari shares a storied history with its more famous cousin. and has been a feature in Hindu scriptures since ancient times. The river delta supports more than 700 people per square km - an astonishing amount for one river alone.

The Ganges River is one of the country's longest rivers, as well as its most famous. It flows for 2,525 km within Indian borders before flowing into Bangladesh. Although technically the Indus River is longer, much of it does not technically flower within India. Also called the Ganga, the Ganges River rises in the western Himalayas of India, and flows throughout the north of the country before it travels to the Bay of Bengal through Bangladesh. It serves as an economic and spiritual need of the civilians.

The longest river of Tibet, the Yarlung Tsangpo, also flows within India in the state of Arunachal Pradesh in the country's extreme northeast. The river is responsible for the formation of a canyon that shares the name same, called the Yarlung Tsangpo canyon, which is both the deepest and the longest canyon in the world. 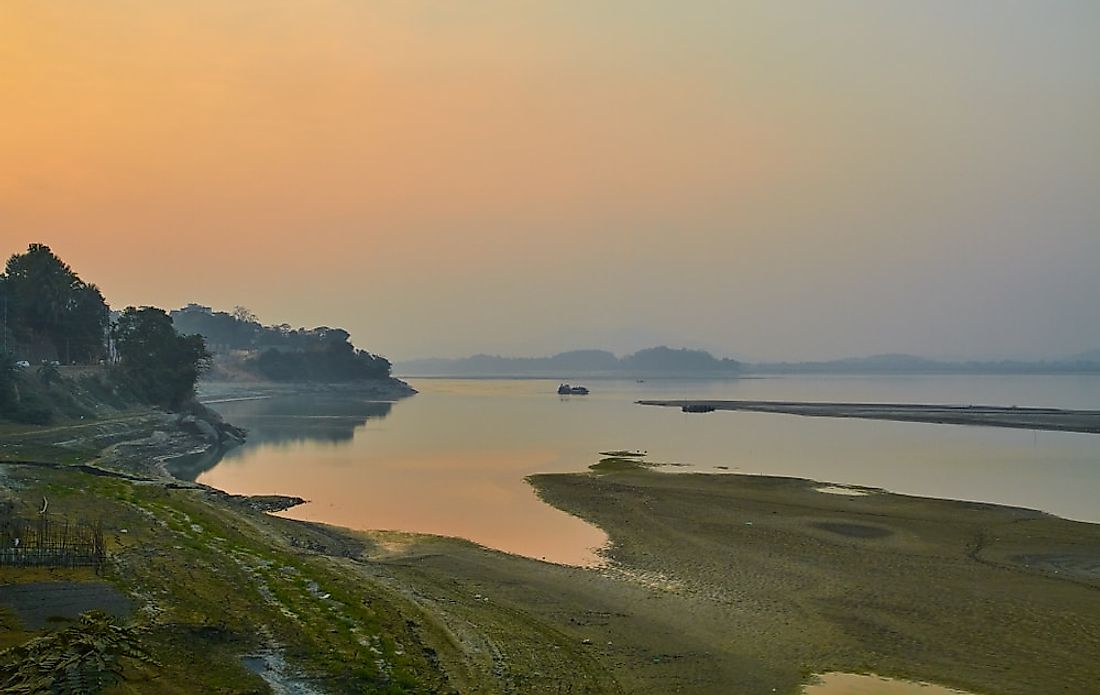 At 2,900 km long, the river Indus, which originates in the locale of Lake Mansarovar in Tibet before it enters India, flows through Ladakh up to Punjab, and unites with the Arabian Sea at the port of Karachi. The Indus is the longest river of India. The Indus River flows through Himachal Pradesh and notably supplies water to the Punjab, the agricultural production center of India.

The Longest Rivers In India