The term church has a Greek origin, ekklesia, which means an assembly of people. In today’s context, a church generally refers to a place of Christian worship. Below is a selection of the world's largest churches by square meters.

The Top 3 Largest Churches in the World

Since the inception of Christianity, the faith has grown and evolved into many denominations with a wide variety of shared beliefs and contradictions. Many churches around the world claim to be the world's largest - however, only churches with confirmed measurements make it to this list. 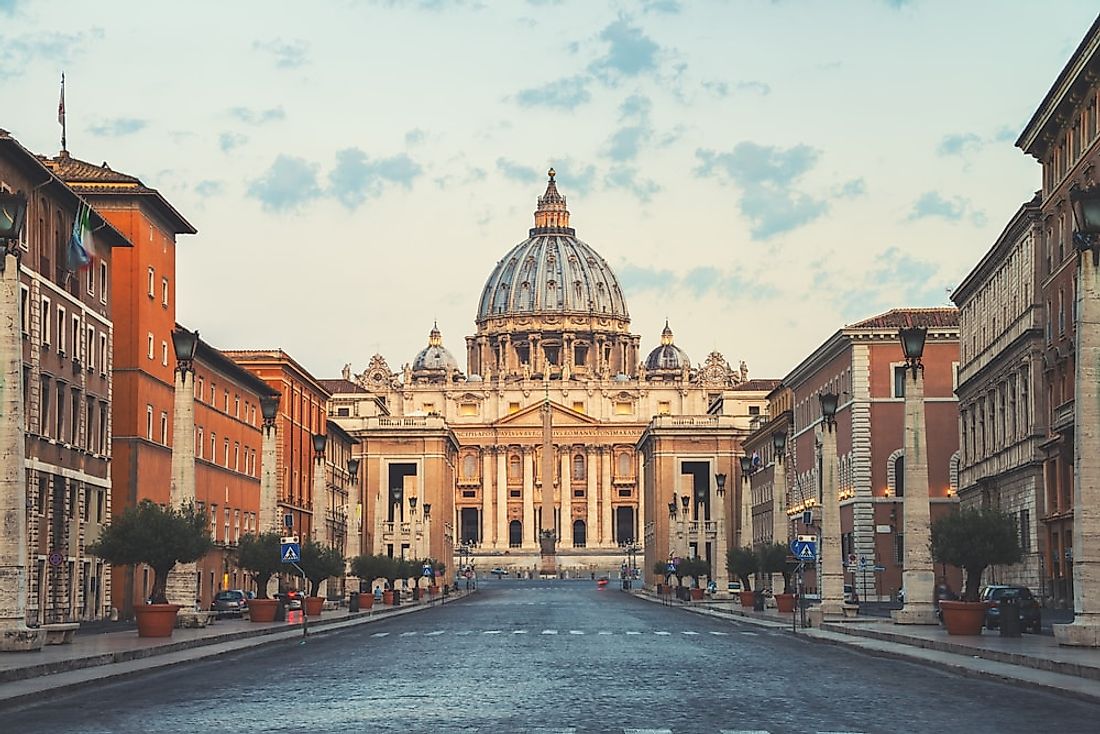 The Papal Basilica of St. Peter in Vatican City is the largest church in the world. Renaissance artists like Michelangelo, Carlo Maderno, and Gian Lorenzo Bernini designed this church. St. Peter's Basilica is also believed to be the burial site of Jesus’s disciple and the “first pope,” Apostle Peter. The church is central to the Catholic faith as it is also the venue where it buries Popes. The Basilica’s dome is very conspicuous in the skies of Rome and both the interior and exterior of the church have complex yet unique architecture in a cruciform shape, which is meant to symbolize the crucifixion of Jesus. This church covers an area of 15,160 squared meters.

2. Basilica of the National Shrine of Our Lady of Aparecida (Aparecida, Brazil) 12,000 m sq 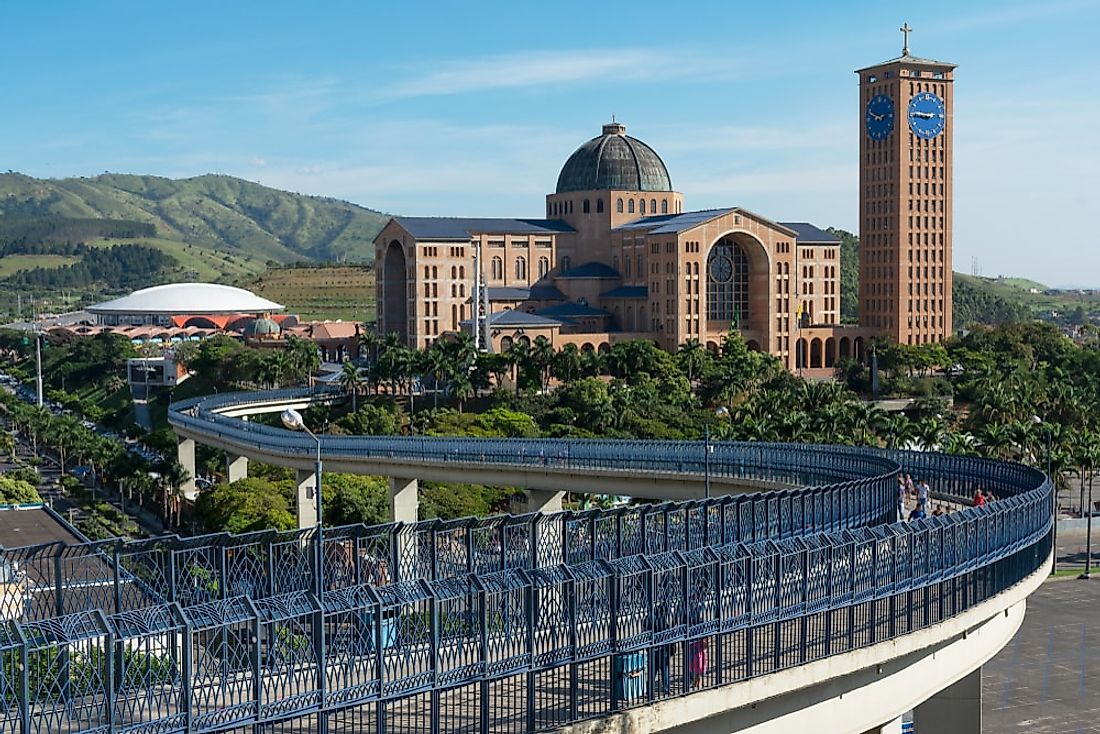 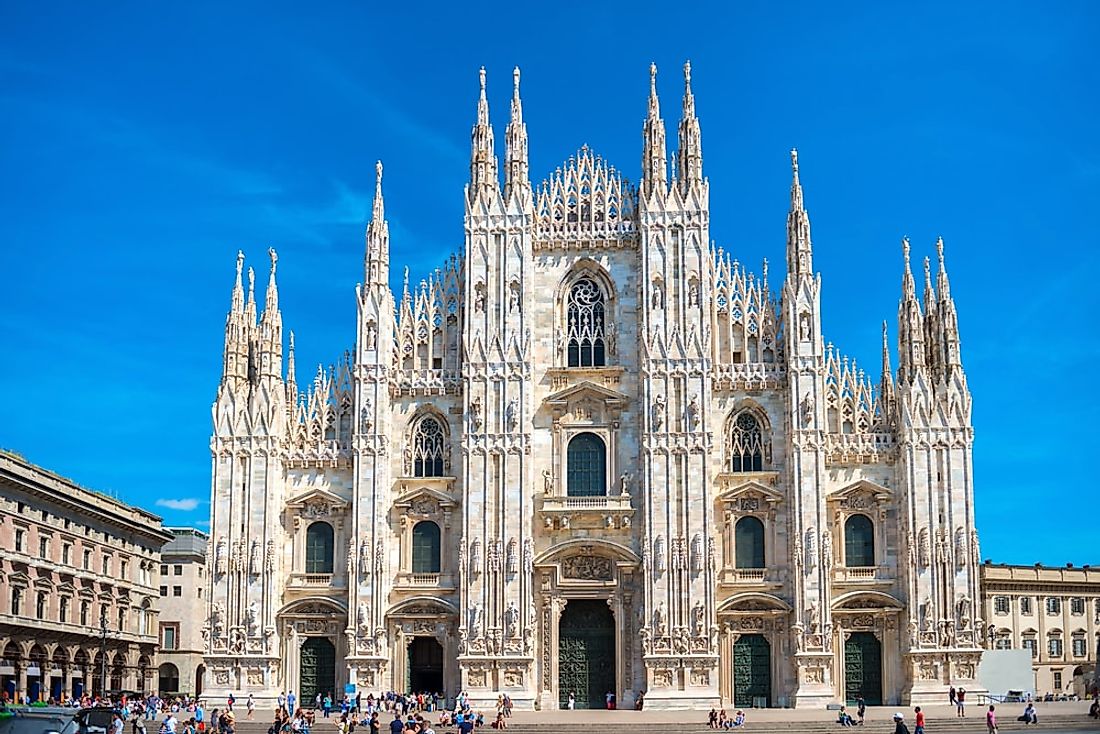 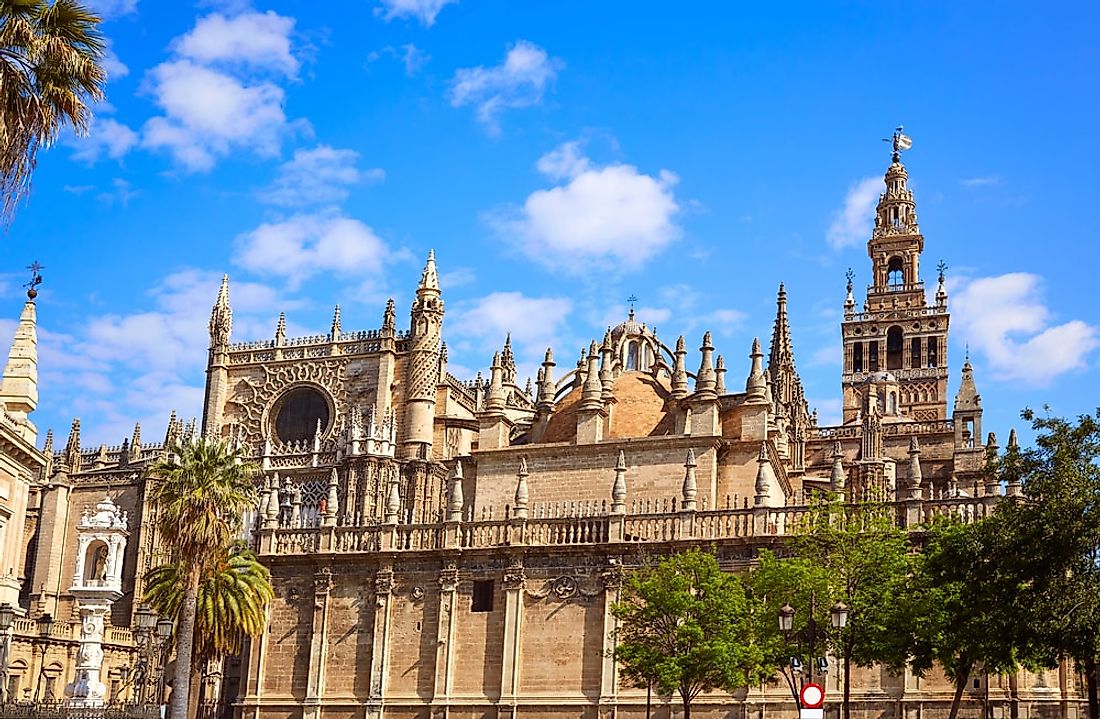 The Seville Cathedral, whose full name is Cathedral of Saint Mary of the Sea, is a UNESCO Heritage Site in Seville, Spain. By some measurements, it is considered to be the world's third largest church. There is no official measurement of the church's square footage, but its estimated area of 11,520 square metres puts it just behind the Milan Cathedral. The church is most famous for being the resting place of Christopher Columbus. 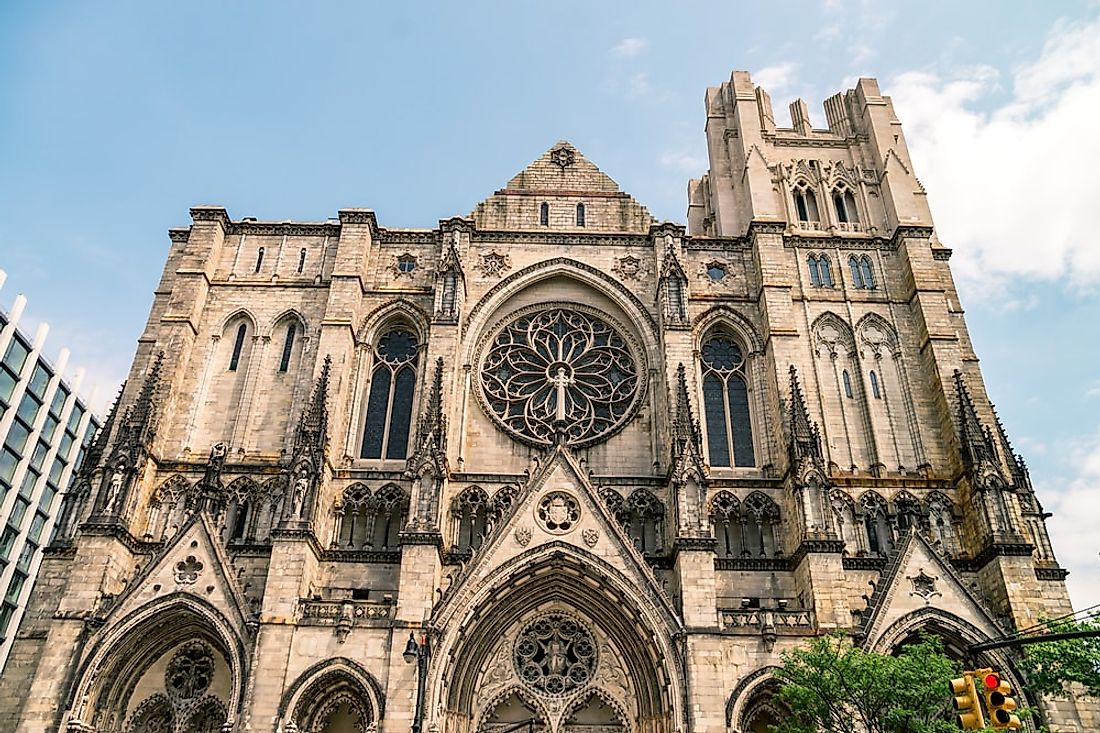 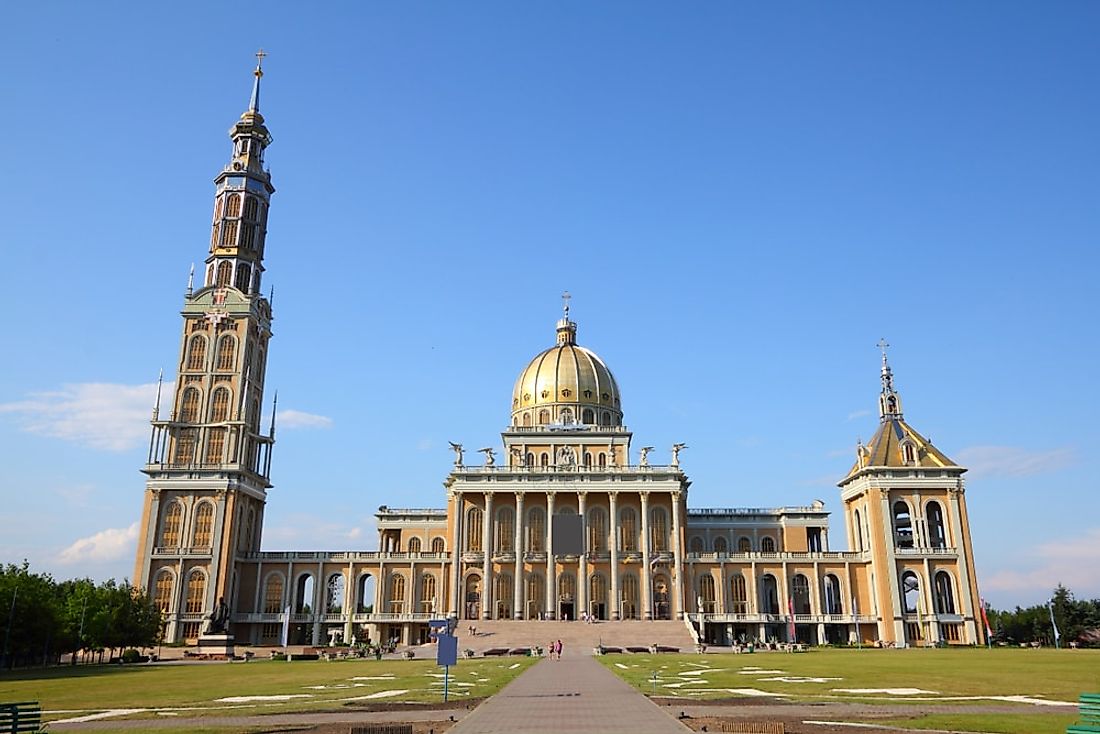 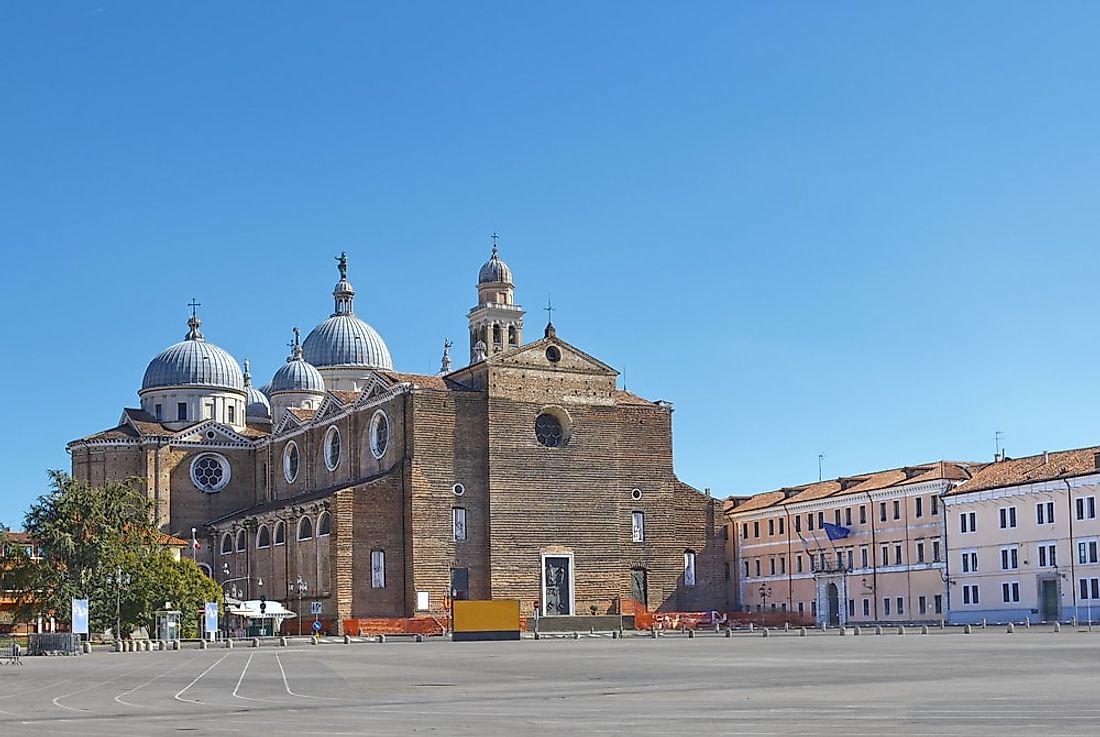 The Abbey of Santa Giustina is a 10th century Abbey found in Padua, Italy. The elaborate church is designed in the shape of a Latin cross. 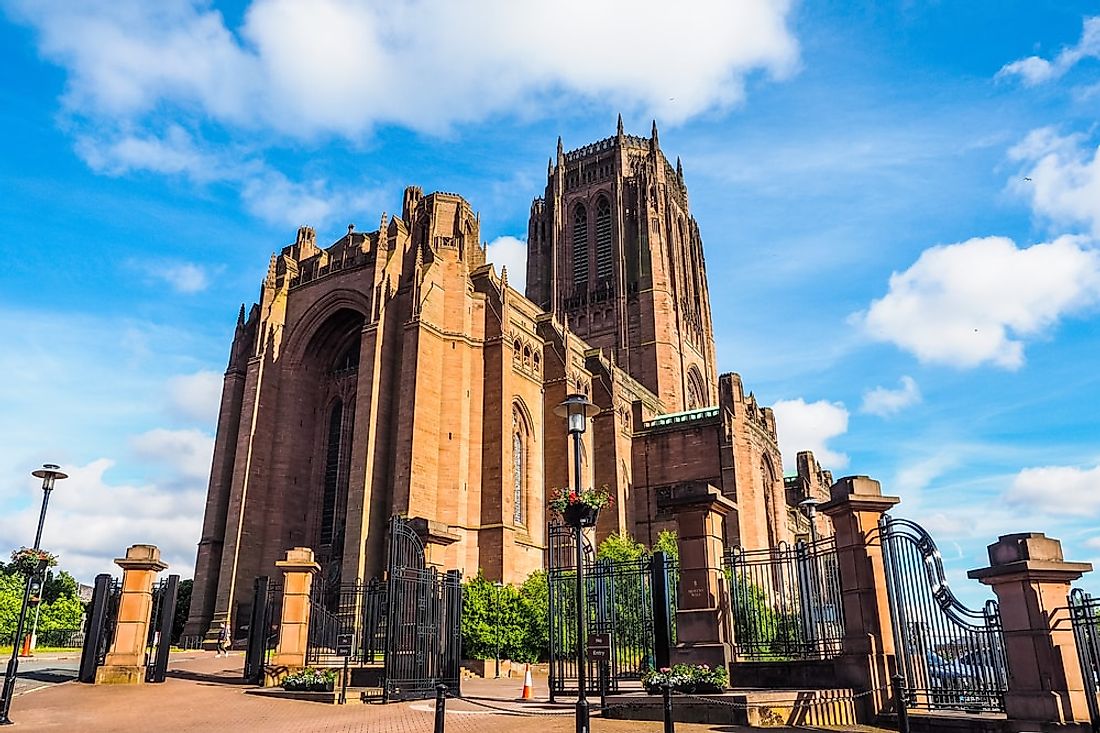 The Liverpool Cathedral is the seat of the Bishop of Liverpool in England. It is the largest church in the United Kingdom, and one of the ten largest churches in the world. Construction of the cathedral took roughly 74 years, from 1904 to 1978. It is also one of the world's longest churches, with a total length of 18.7 metres. 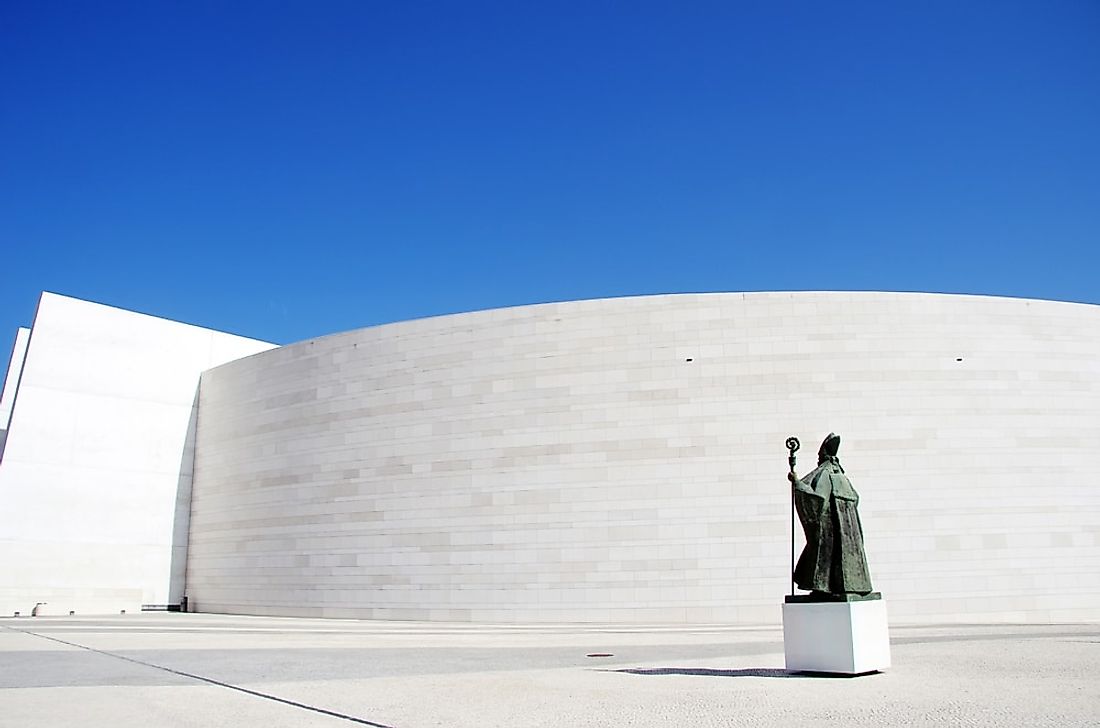 The Church of the Holy Trinity in Santarem, Portugal, is the world's ninth largest, with a total of 8,700 square metres. Construction on the modern church began in 2004 and was completed in 2007. Its architectural design has one awards, including the coveted Outstanding Structure Award from the International Association for Bridge and Structural Engineering. 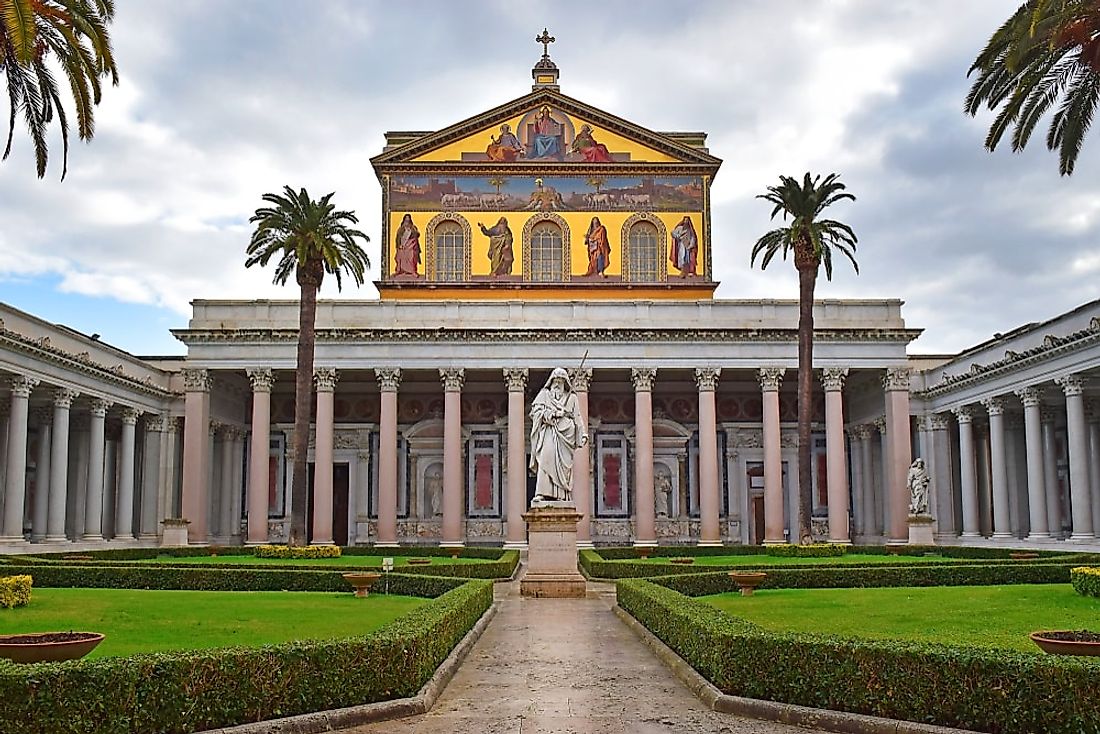 Often called St. Paul's outside the Walls, the Basilica of Saint Paul Outside the Walls is a major basilica in Rome, Italy. Although the structure is located completely within Italy, it is actually administered by Vatican City thanks to an agreement between the two countries.

What's the Biggest Church in the World?

The famous St. Peter's Basilica is the largest church in the world, covering an expansive 15160 metres.

The 20 Largest Churches in the World

Mark is a student at Maseno University and community commentator in Kenya. Mark also has interests in geography, African history, and international development.

The Biggest Churches in the World