The Haitian Revolution (1791 - 1804) created the only nation ever to be formed by a slave revolt. Haitians fought French, British, and Spanish forces to become the first independent, post-colonial republic in Latin America and the first modern Black-led republic. The struggle highlighted the brutality of slavery and the universal desire and capacity for self-determination. Historians recognize the Haitian Revolution as a significant factor in the abolition of slavery in the Americas

Historical Context of the Haitian Revolution

Haiti occupies the western third of the island of Hispaniola, which it shares with the Dominican Republic. The Spanish colonized what the indigenous people called "Ayti" (mountainous place) shortly after Christopher Columbus learned of the island's existence in 1492. Colonizers enslaved the indigenous Taino people to work in gold mines. The harsh forced labor and imported diseases wiped out most of the native population. In the early 1500s, Spain brought the first African slaves to the Americas to work in Haiti.

In the 1600s, Haiti (Saint Domingue) came under French rule. The French used exceptionally brutal slave conditions to turn Saint Domingue into the world's most profitable colony. Slaves worked the labor-intensive tobacco, sugar, and coffee plantations for an average of three to seven years before dying. Conditions were so harsh that few slaves reproduced. Plantation owners often freed any surviving children they fathered with slaves. By the late 1780s, the French were bringing 30,000 new African slaves to Haiti each year.

Most slaves in Saint-Domingue at this time were Africans who had been born free. In 1789, the estimated half a million slaves greatly outnumbered the 35,000 white colonialists and 25,000 free people of African or mixed descent in Saint Domingue.

Trade brought news frequently to Saint Domingue. Word of the American and French revolutions strengthened slaves' dreams of liberation. Wealthy free persons of color, who could not vote, also drew hope from these revolutions.

France issued the Declaration of the Rights of Man and Citizens in late 1789 stating that all men are born equal under the law. However, the poor white workers who did not own land feared that France would leave them powerless while giving full rights of citizenship, including voting, to wealthy landowners of color.

The Precursors to War

The Haitian Revolution was not the first slave rebellion. Historians have recorded slave rebellions on ships as early as 1699. In Saint Domingue, it was not uncommon for escaped slaves, known as maroons, to hide in the mountainous interior and raid plantations.

Just before the start of the revolution, Vincent Oge led an uprising primarily of free men of color who demanded that France abide by their 1791 ruling giving all landowners the right to vote. Oge's cruel public execution hardened the resolve of rebels to put an end to French rule in Saint Domingue.

The Start of the Revolution 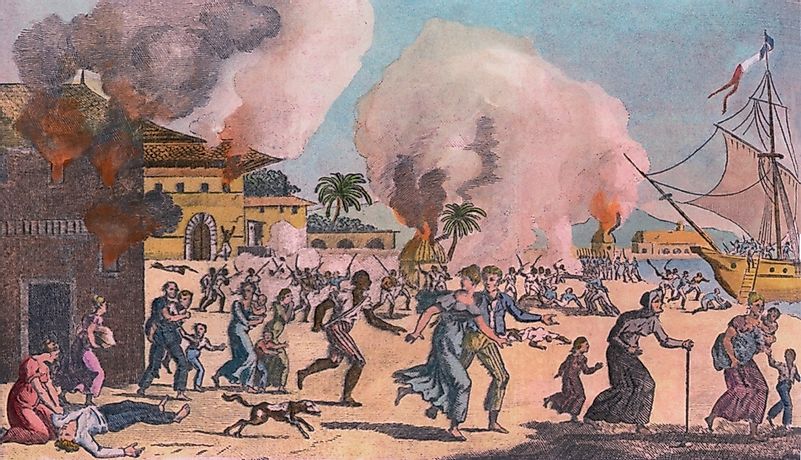 In August 1791, days before the revolution, Dutty Boukman, a slave and a voodoo priest, reportedly led a ceremony at the Bois Caiman. Maroons and slaves from nearby plantations formed a plan and declared their loyalty to rebellion.

On the night of August 22-23, 1791, slaves began a coordinated attack in the north on the country's largest plantations. Burning each estate, they added slaves to their army and killed white landowners and any slave who would not join.

France was at war with many European countries. Thus, rebel factions found support from Spain, Great Britain, and even briefly, the United States. France faced rebellion from foreign-backed upper-class whites who opposed the egalitarian ideals of the French Revolution. In 1793, French military envoys offered freedom to any slave who fought white separatists to protect the capital for the French.

In 1794, pro-slavery Britain threatened to attack Saint Domingue if France was not in control of the population. France took the historic step of making slavery illegal in all is colonies to gain the support of the inhabitants of color. However, many black revolutionary leaders remained distrustful of the French and maintained an alliance with Spanish and British forces.

The Leadership of Toussaint L'Ouverture 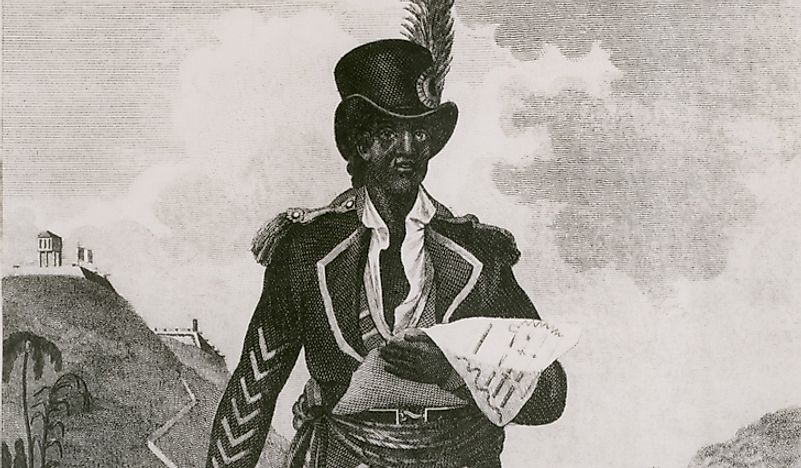 Toussaint L'Ouverture, a rebel and former slave, had a reputation as a brilliant commander and military strategist. He had negotiated with the Spanish for supplies and with the British for the removal of its troops from western Saint Domingue. However, he supported the ideals of the French Revolution and believed an alliance with France provided the best chance for universal rights.

In 1799, L'Ouverture won a civil war against a rival general of mixed race. Meanwhile, Napoleon Bonaparte declared French colonies would be subject to new rules. Many feared the reinstatement of slavery.

In early 1802, France sent military forces to Saint Domingue, captured the cities and appeared poised to resume slavery. They arrested L'Ouverture and jailed him in France, where he died less than a year later. General Jean-Jacques Dessalines now led the fight against the French. In 1803, the French army, already weakened by rebel fighting and Yellow Fever, lost naval access to the island when Britain renewed its war with France.

On January 1, 1804, after 300 years of occupation and slavery, Dessalines declared Haiti an independent and slavery-free nation. Some 200,000 slaves lost their lives during the revolution.

Legacy of the Haitian Revolution

What Happened in the Haitian Revolution?