Currency generally refers to the money in coins, and banknotes, used within a nation. Currency developed to replace the barter trade system with the first recognized currency being established by King Alyattes who ruled a region in modern-day Turkey. The name of a country's currency varies from nation to nation with the dollar being one of the most commonly used names with more than twenty states using the name. The name that a country chooses for its currency is usually tied to its history and may be selected from the currency of its colonial master if it was colonized. Guatemala's currency is known as the quetzal and is named after a bird.

The quetzal is a colorful bird whose range stretches from South America to the southern regions of the US and belongs to the trogon family. There are six species of quetzal, five of which belong to a single genus. The resplendent quetzal, one of the species of quetzal whose range stretches from Mexico to the western regions of Panama, is Guatemala's national bird. Habitat loss has led to the resplendent quetzal being classified as near threatened. The bird also had great significance to the ancient societies that lived in present-day Guatemala as it was intertwined with their mythology. Guatemalan culture also places great importance on the bird as it was believed to be the spirit guide of one of their greatest heroes Tecún Umán. 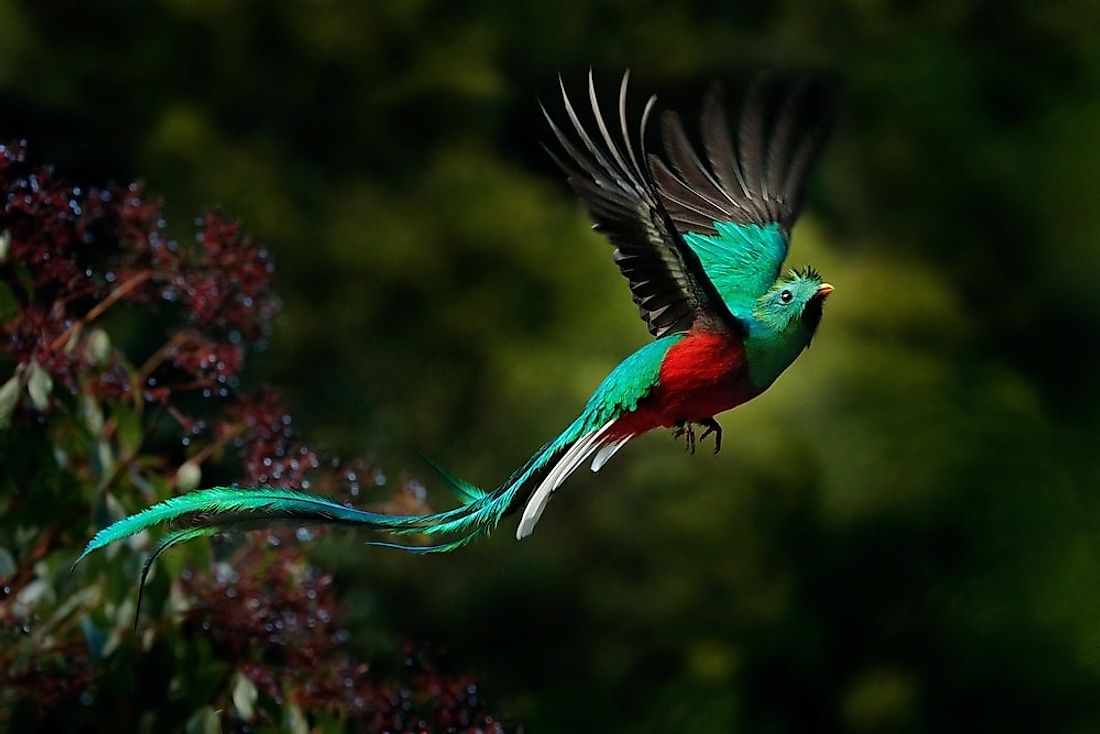 The resplendent quetzal (Pharomachrus mocinno) is the national bird of Guatemala and is featured on the country's national flag, coat of arms, and currency.

The Guatemalan quetzal was officially introduced during the presidency of José Orellana in 1925. José Orellana's face is present on the one-quetzal bill. Previously the peso was the currency used in Guatemala due to the nation's colonial ties to Spain. Once the territory of Guatemala fell under Spanish control, the Spanish colonial government set up a monetary system to phase out the barter trade system used by the native communities. The indigenous communities that lived in Guatemala utilized the feathers of the quetzal as currency. Coins of various denominations were minted in the country and the ones currently in circulation are of 1, 5, 10, 25, and 25 centavos as well as the 1 quetzal coin. Coins whose value exceeded 5 centavos were mainly composed of silver at around 72% and was used until 1965. The Central Bank of Guatemala issued the initial quetzal banknotes used in the country. The first banknotes were of various denominations with the smallest being the 1 quetzal note and the largest the 100 quetzal note. Like most currencies around the world, the Guatemalan quetzal was pegged to the US dollar until 1987.

The Guatemalan economy is Central America's largest economy despite being among Latin America's poorest nations. In 2009, roughly 54% of Guatemala's population lived below the poverty line according to the World Factbook. The high poverty rate was partially due to the economic crisis that faced the nation. One of the essential industries in the Guatemalan economy is tourism and since 2008 it has generated $1.8 billion. Some of the chief exports from the country include fruits and flowers.

This page was last updated on August 1, 2018.
By Benjamin Elisha Sawe