Lion Rock is well known for its unique resemblance to that of a crouching lion. Although the shape of hills and rocks change due to erosion and human activities, Lion Rock has retained its unique form making it one of the most famous rocks in Hong Kong.

This mountain is located in Hong Kong and it is strategically situated between the two locations of Tai Wai and Kowloon Tong in Northern Kowloon. It is estimated to be 495 meters tall, and its tip is made up of volcanic granite. Most rocks made of volcanic granite date back to the early ages of the Upper Jurassic Period. The Lion Rock is approximately 140 million years old. It is quite astonishing how this rock has retained its unique form for the past years despite environmental effects like erosion.

Habitat of the Rock

Notably, the rock is famous for its distinctive structure. From an anterior view, the rock resembles a bowing lion. This unique feature is clearly observed from the San Po Kong and Choi Hung areas in the eastern side of Kowloon. The Lion Hill Rock is surrounded by a forest that climbs up the hill to almost the tip of the rock. At the top of this hill, there is not much plantation, but it is mostly composed of shrubs that are sparsely distributed. These shrubs have made it easy for the head of the hill to resemble the head of a lion clearly. Moreover, there is a trail that goes up the hill and leads to the Maclehose path. 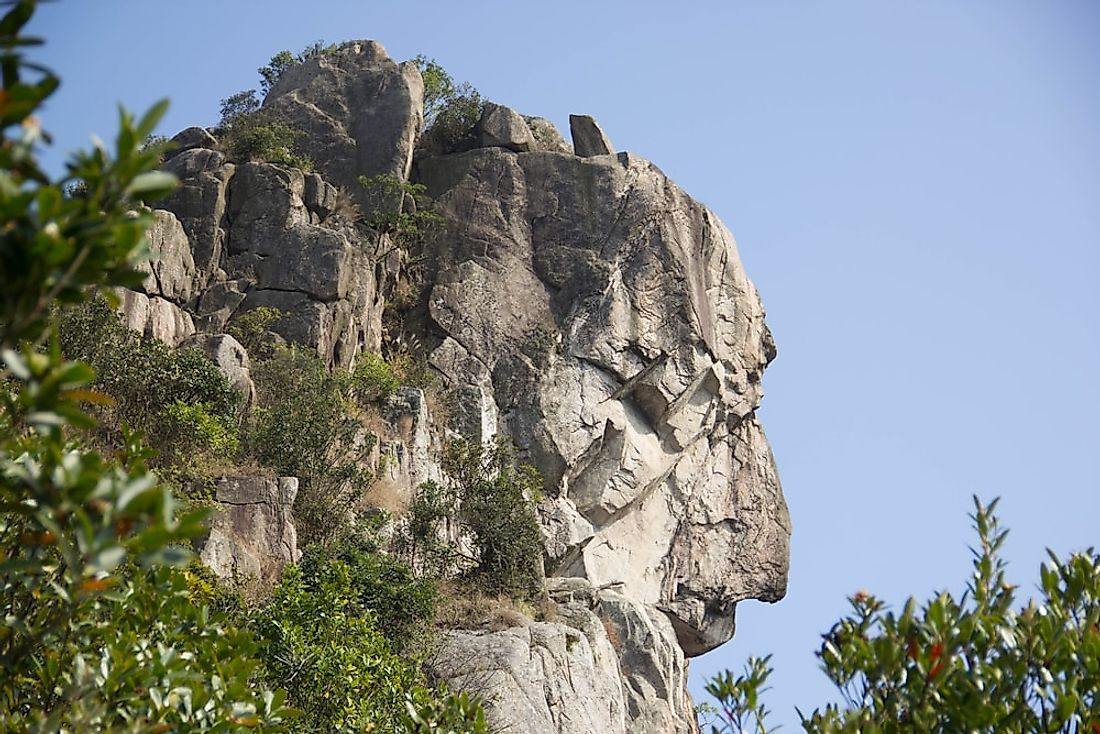 The lion's head of the Lion Rock formation.

The history of the Lion Rock dates back to the end of the Second World War. After the war and the victory of the communists, most of the people who escaped to Hong Kong from the mainland of China are said to have settled in Kowloon as squatters. From this site, the Lion Rock Mountain is clearly seen. The living standards of these inhabitants were very low during this era. There were even motivational songs that were composed during this period to motivate the residents. One of the famous songs is the “Under the Lion Rock” which was sung by Roman Tam. The people of Hong Kong worked their way out of the poverty lifestyle they had, and it is mostly attributed to the great spirit of the mountain. The Rock is used as a symbolic gesture to represent the high spirits of the Hong Kong people.

This page was last updated on June 5, 2018.
By Salome Chelangat