The world has been roiling in constant turmoil ever since World War One. This cataclysmic change resulted in political, psychological, and economic ripples that are still felt to this day. Leaving its indelible mark on history, the aftermath of the bloody four-year conflict was devastating to most of the European Continent with casualties reaching around forty million. More than a century after the war ended, it has become difficult keeping up with the facts. A copious amount of revealing information was excised from history books, mainly to underscore the most pertinent parts of the Great War. In this article, we're shedding light on the unknown realities of World War One that most people aren't cognizant of.

Gavrilo Princip Was Not The Only Assassin Targetting Ferdinand 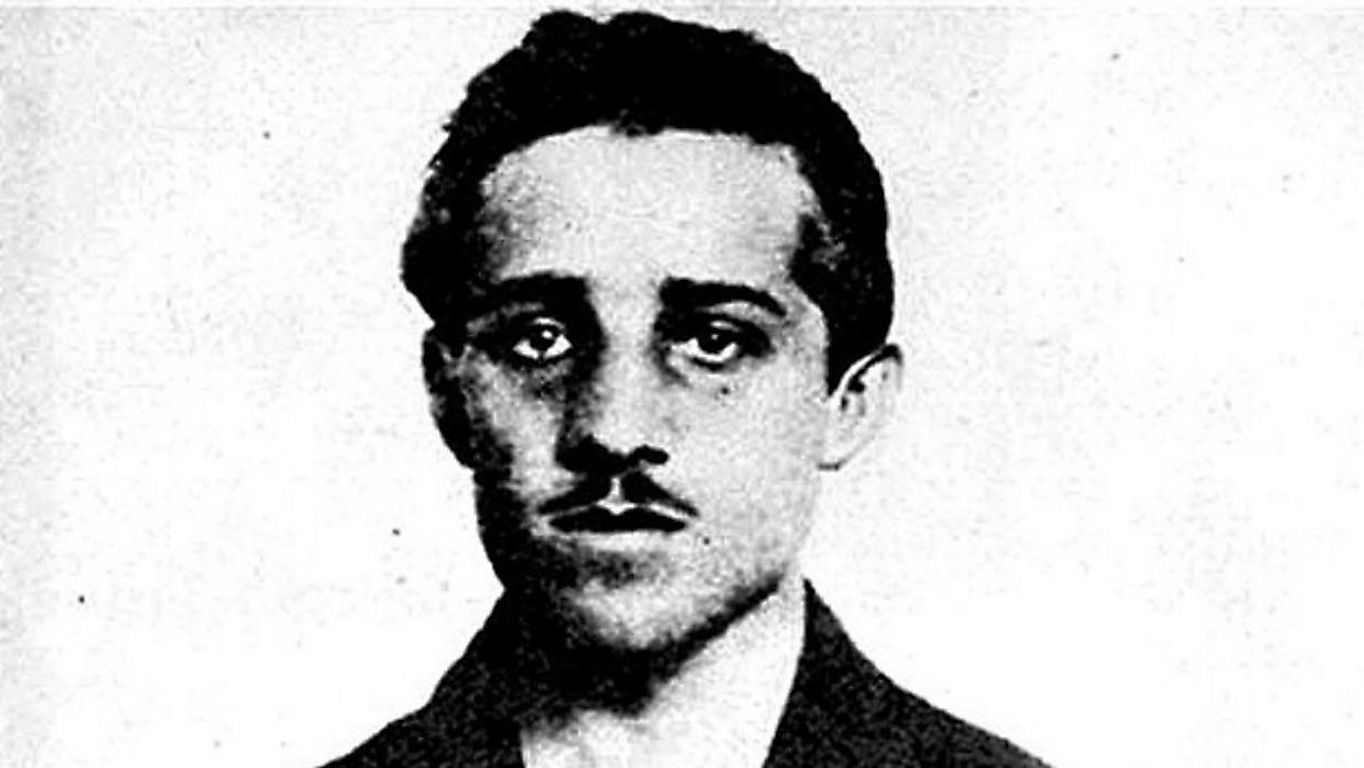 Gavrilo Princip, a 19-year-old Bosnian Serb, unwittingly instigated an entire world war by assassinating Archduke Franz Ferdinand of Austria and his wife, Sophie, Duchess of Hohenberg. To avoid prosecution, he attempted suicide before getting apprehended by the police. He and his accomplices were recruited by the Black Hand, a clandestine military society established to unite all territories with south Slavic speaking majorities. The first accomplice, Trifko Grabež, could not go through with the attempted assassination because a police officer was standing behind him. The last young conspirator implicated in the crime, Nedeljko Čabrinović, hurled a hand grenade that missed its intended mark and blew up 3 cars behind it instead. While trying to flee the police, he swallowed a cyanide pill in the hopes of ending his life before being incarcerated. Unfortunately for him, the pill exceeded its expiration date rendering him nauseous. His bad luck struck again when his contingency plan failed due to the insalubrious summer weather.

Before Modern Machinery, Humanity Employed Animals As Their Support System In Astounding Ways 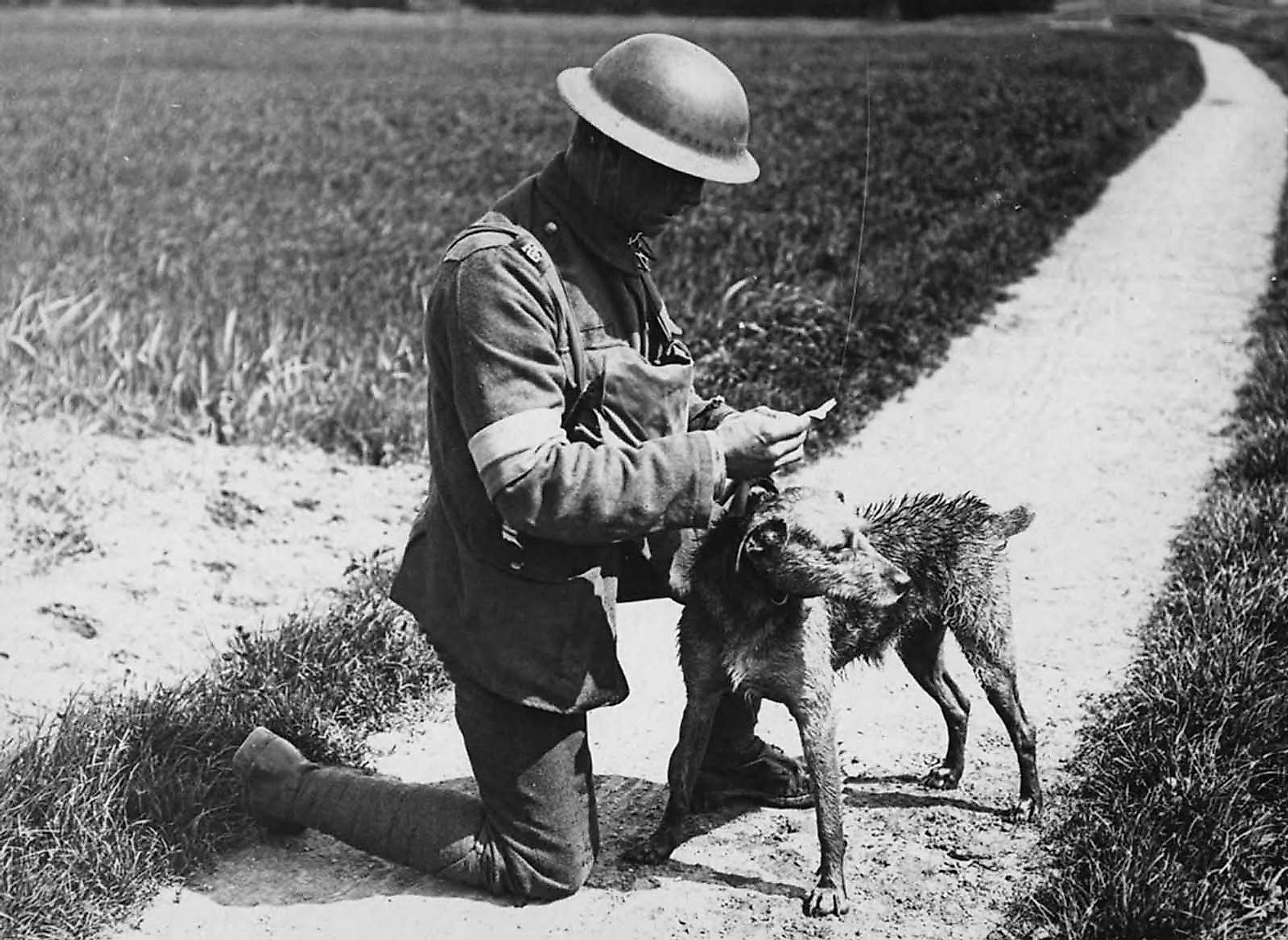 A dog is a man's best friend. This aphorism rang true in WWI where dogs were the soldiers' safety net. The brave canines used to run along the trenches strapped with medical supplies and provisions for the wounded soldiers under the canopy of gunfire. They were also instrumental in sending messages and notes among military personnel. Another noteworthy skill was hunting rats and rodents inside the trenches because life in a muddy trench was unsanitary. Corporal Jackie, the war Baboon, was a mascot that helped the soldiers with lighting cigarettes and sussing out incoming attacks and enemy patrols roaming by due to his heightened senses. He was even taught how to salute a passing superior officer, and some people still cling to the belief that evolution is merely a theory. Speaking of animals, goldfish were exploited by the military to ensure that gas masks were clean enough to be utilized on the battlefield.  To put this theory to the test, they would dunk both the goldfish and gas masks in a water tank. If the goldfish perished, then the gas masks are not efficacious.

Aerial Animals Were Also Used Extensively During The War 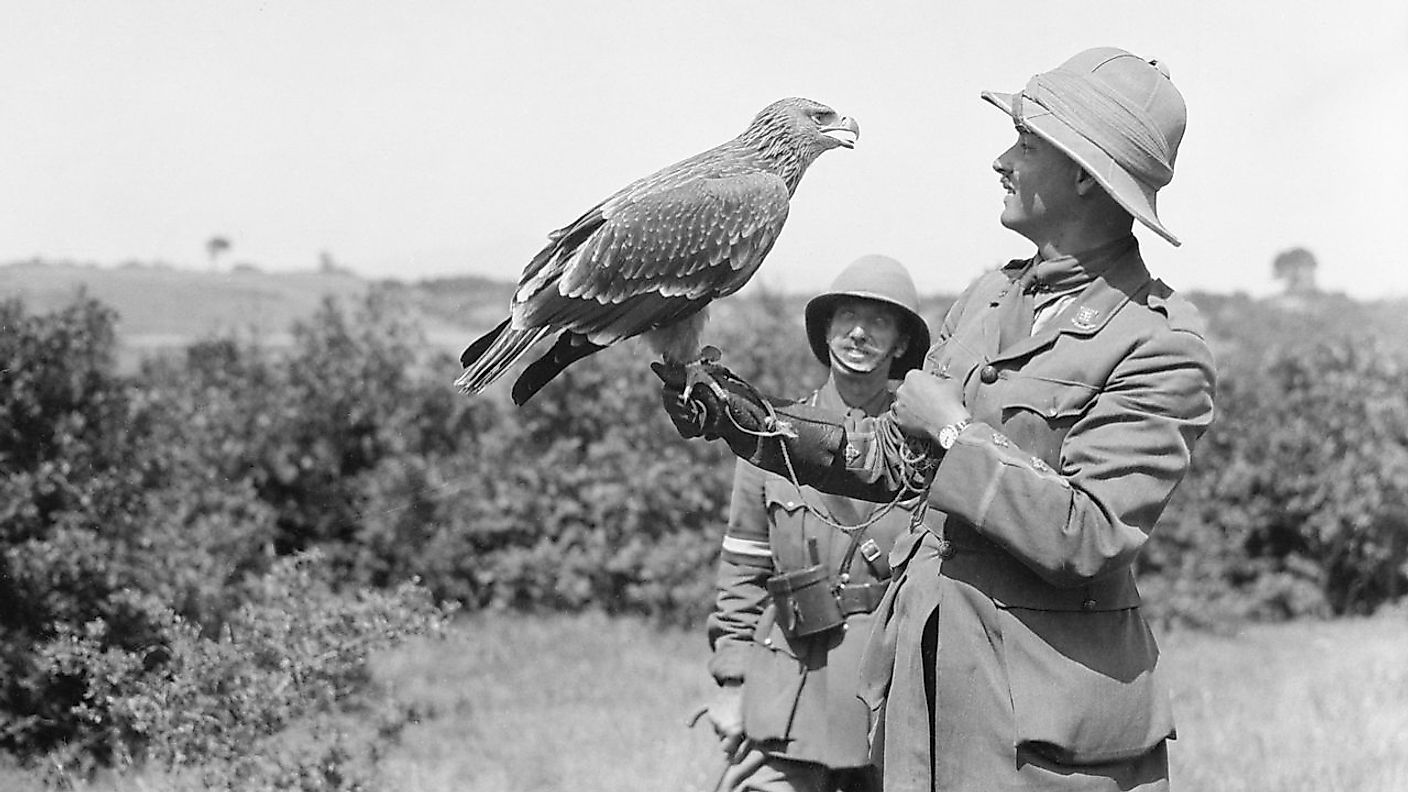 It is a known fact that animals were extensively repurposed between 1914 and 1919, accomplishing various tasks throughout the war. The Allied used pigeons to send and receive messages between the mainland and the frontline. However, German-trained hawks were dispatched with the sole purpose of hunting the Allied pigeons. Fighting fire with fire was futile because of how extremely difficult and time-consuming it is to condition a hawk to hunt messenger pigeons. An amusing factoid was that over twelve million letters were sent to the front line per week, racking up over two billion letters throughout the entire war.

Christmas Almost Ended The War Before Its First Year's Conclusion 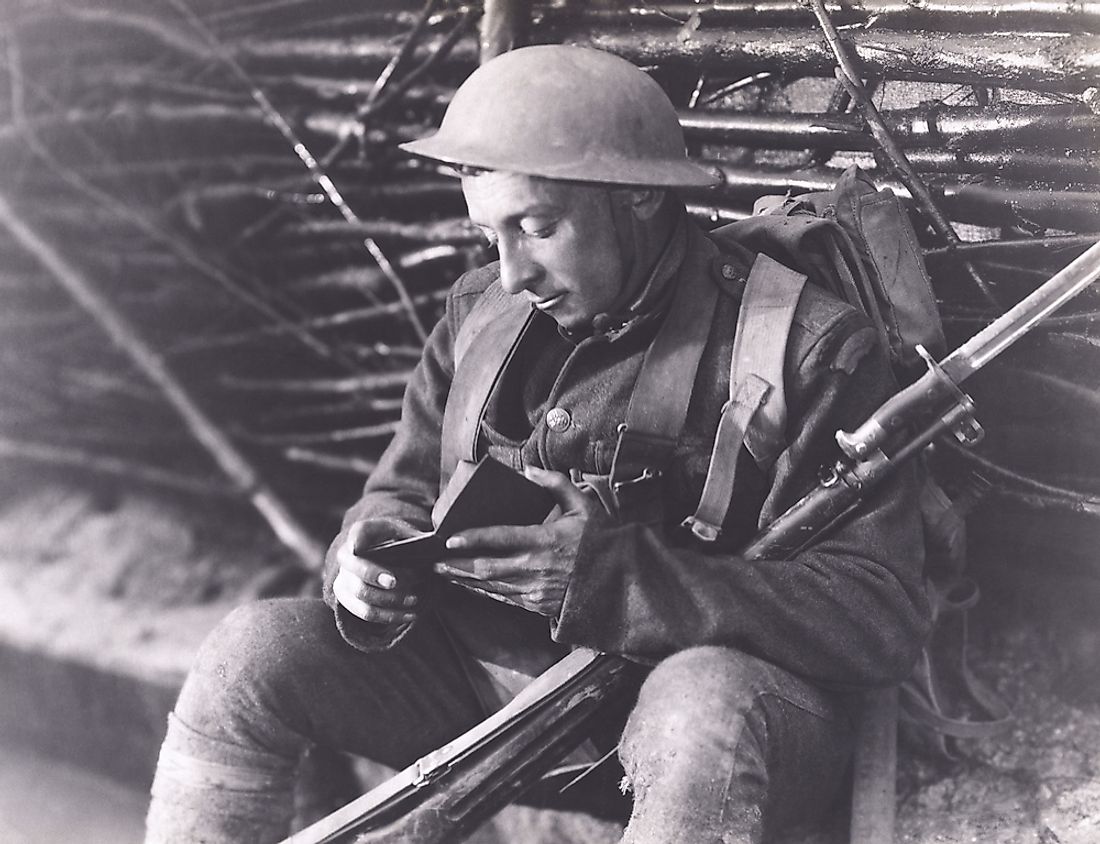 Christmas has always been a time for love, compassion, sharing, and giving for over three millennia (an article for another time). The opposing forces in the first worldwide conflict believed the war was to last only a few months. So when the first Chrismas arrived on a cold end of December, a true miracle happened. On Chrismas eve, British soldiers deployed in Flanders, Belgium and France heard chanting and carols emanating from the german trenches opposing them. Suspicious of a trap at first, the Brits stayed put and ignored the commotion until the next day as a German missive reached the Allied trench with talk of truce. Venturing out of the cover of the muddy trench, the 25th and 26th of December were filled with drunken chants, camaraderie, and even friendly soccer matches. That holiday was later known as the Christmas truce of 1914. 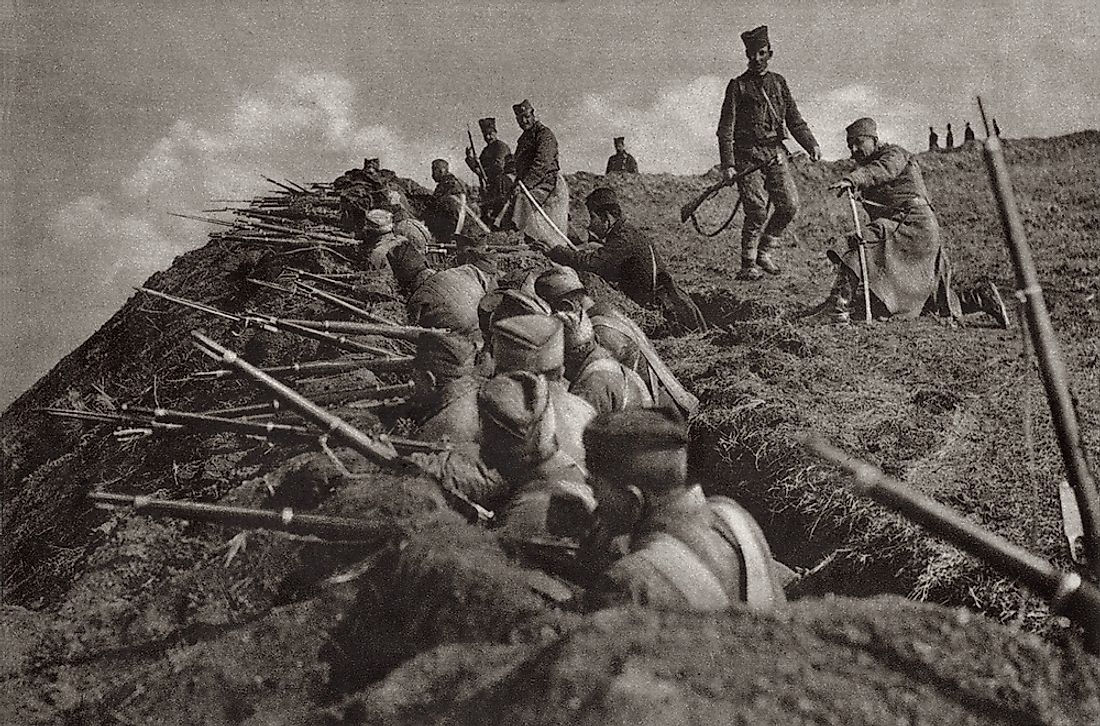 In 1915 a Russian fortress was held by a small army of 900 troops and conscripted militia. The German forces led a frontal assault on the Osowiec fortress with an immense force of 7000 well-trained soldiers, armed to the teeth with artillery and siege guns. After a long raging battle, the Axis forces decided to opt for a chemical attack instead, unleashing a cloud of death to annihilate their opposition. After the smoke dialed down, the Germans walked confidently towards a purportedly defeated fortress only to be taken by surprise by mutilated Russian forces. The dying remnants of the defensive forces charged frantically towards them with such aggression they dropped their equipment as quickly as they ran away (the first-ever zombie sighting recorded in history). In their panic, the retreating German forces fell right into their traps, making the Russians' job a whole lot easier.

Bruce is a creative writer living in Beirut. Being a bookworm, he grew up writing poetry and short essays, That's when he realized that it was something he wanted to do professionally, without the rhyme schemes. Bruce started with snippets on social media to market small local businesses, moving on up ever since. Bruce cannot give up playing sports and video games. So don't try to stop him!