The Great Wall of China is one of the most important structures in the country's history. The fortification system was constructed across the country’s northern border as a form of protection. The construction of the wall began in the 7th century BC with several stretches built by different Dynasties. Apart from offering protection, the Great Wall of China also acted as border control, allowing for the imposition of taxes on goods transported on the Silk Road. This wall is hailed as one of the most impressive architectural structures in history.

Condition of the Wall 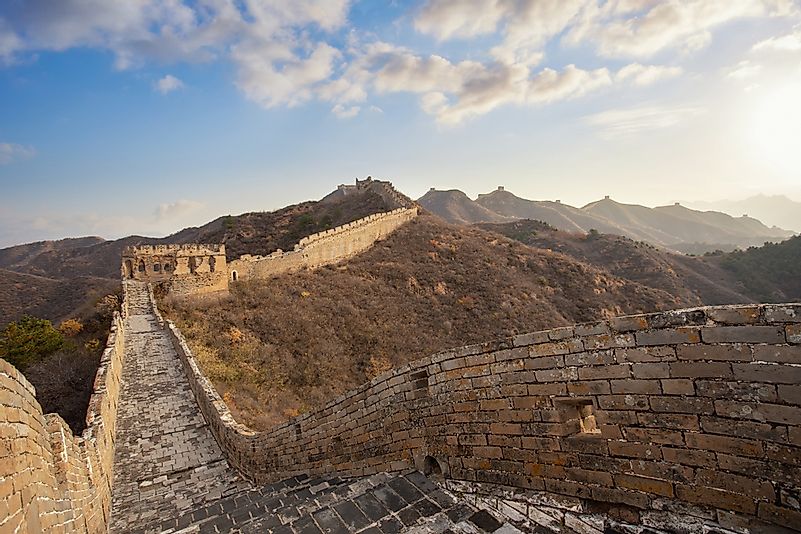 While the Great Wall of China has garnered praise and admiration from people around the world, there are some facets of the wall's existence that attract controversy. For one thing, there is not one general concensus on where the wall begins and where it ends. While some sources consider the trenches and natural barriers such as hills and rivers to be part of the wall, other sources disagree with this assertion. According to the National Cultural Heritage Administration, up to 20% of the wall has vanished while another 37 miles in the Gansu Province is in the process of disappearing due to erosion. Some sections are also in disrepair and have been vandalized. In other sections the height of the wall has reduced from over 16 feet to less than 7 feet.

The current average height of the wall is 6-7 meters while its width is approximately 5 meters. This width would allow 10 humans to walk side by side. Because of the impressive size of the structure, some people believe that the Great Wall of China is the only artificial structure that can be seen from space. However, most of their assertions have no scientific backing. The earliest known myth that the wall could be seen from the moon was a description of William Stukeley in 1754, long before people started going into space. Stukeley’s view was again supported by Henry Norman in 1895 who claimed that the Great Wall of China was the only human-made structure on earth that could be seen from the moon. However, astronauts such as Chris Hatfield, Buzz Aldrin, and Yang Liwei have all confirmed the wall cannot be seen from space using naked eyes. According to them, the apparent width of the wall from the moon is similar to human hair viewed from about 2 miles away.

According to some astronauts such as Ed Lu and Eugene Cernan, the Great Wall of China is visible from lower parts of the low Earth orbit. Again, NASA says that the wall is barely visible to the naked eyes. However, according to the European Space Agency, the wall is visible to the naked eye from an orbit of between 100-200 miles. A photo taken by Leroy Chiao from ISS also showed the wall. It was from this photo that the China Daily reported that the wall could be seen from “space” using naked eyes under perfect conditions.

This page was last updated on November 25, 2019.
By John Misachi