There are several geography-themed urban legends which have been mysteries for centuries. Science has been instrumental in explaining matters of the universe, but there are many phenomena which scientists have not been able to explain. Such mysteries often attract many theories which can sometimes be outlandish. Some examples of these so-called mysteries are explored below.

The Bermuda Triangle refers to a fictional area of the Atlantic Ocean roughly bounded by Puerto Rico, Miami, and Bermuda. Multiple ships and planes have disappeared while passing through this section. Even more puzzling is that majority of the boats and aircraft have disappeared in good weather without sending distress messages. The Bermuda Triangle theories range from aliens, Atlantis, reverse gravity fields to methane gas eruptions from the ocean floor and magnetic anomalies.

In reality, the area encompassed by the Bermuda Triangle happens to be one of the busiest areas in the world for ships and air. It is logical that there woul be a higher number of accidents occurring in this area, due to its increased volume. It is said that those who believe in the curse of the Bermuda Triangle are simply suffering from their own case of confirmation bias.

A small island in Polynesia is home to many archaeological sites that attest to the settlement of migrating Polynesians. The Polynesians left their homeland hundreds of years ago and extensively sailed the sea. Upon reaching the island which was previously known as Rapa Nui, they built communities and made it their new home. The new inhabitants carved volcanic stone to make statues known as "Moai" as a way to honor their dead.

For centuries, the methods behind the construction of these moai has evaded scientists. However, new theories have emerged that suggest that those constructing the statues may have used ramps to reach such heights. 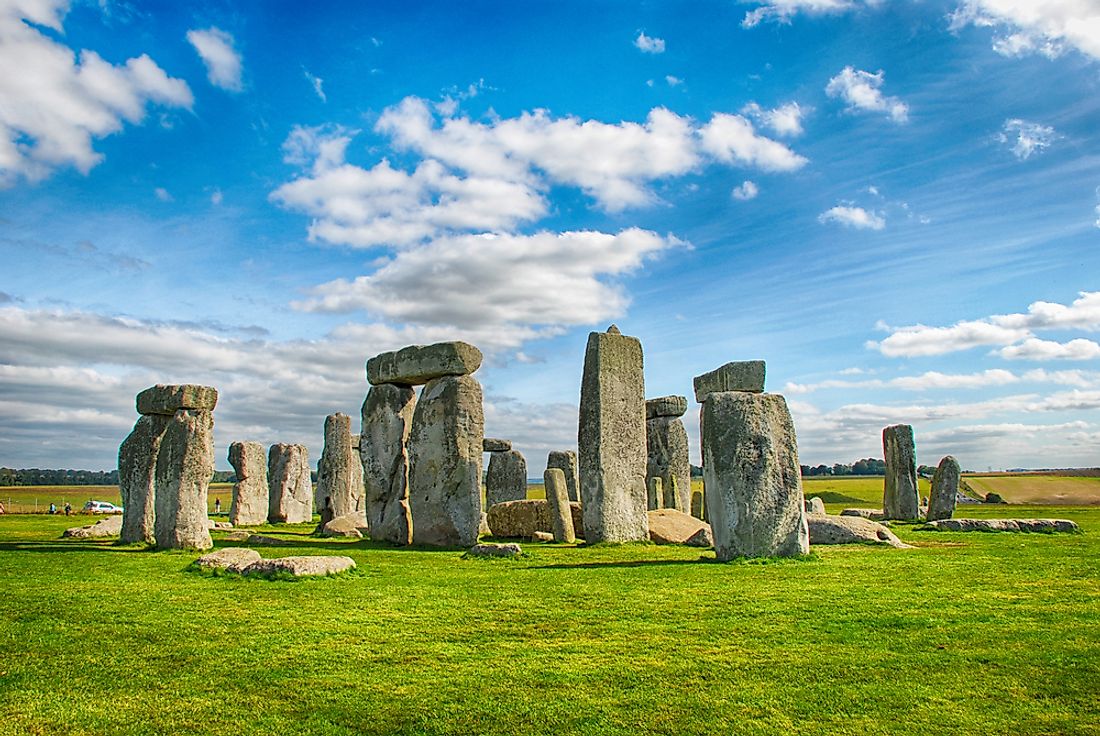 The Stonehenge site is situated on the Salisbury Plain, where a set of stones are arranged in horseshoe shapes and concentric rings. The site has been in existence for 4,000 years, and it is regarded as the most ancient and best preserved megalithic structures in the world. Evidence has suggested that there was activity on the site 11,000 years ago. Construction on the site began in 3100 BC, and the stones were erected starting 2100 BC.

A popular theory claimed that the Druids erected the site and despite claims to the contrary, modern Druids have since claimed the site. As for how? Most scientists believe it was with the use of log rollers and lots and lots of physical power.

The Hanging Gardens of Babylon remain a fable to this day. Recognized as one of the Seven Wonders of the Ancient World, the location of the gardens has yet to be definitively proved. The gardens were said to have been located in the medieval city of Babylon in mdoern day Iraq. Ancient records recognized King Nebuchadnezzar, a Neo-Babylonian Ruler who reigned from 605 to 562 BC, as the one who conceived the idea to build the site. He is said to have built the gardens as a gift to Queen Amytis, his wife, from Media since she longed for the valleys and green hills in her birthplace. The gardens were described as grand and remarkable. No archaeological evidence supports the gardens’ presence in Babylon, and they are regarded as a myth. 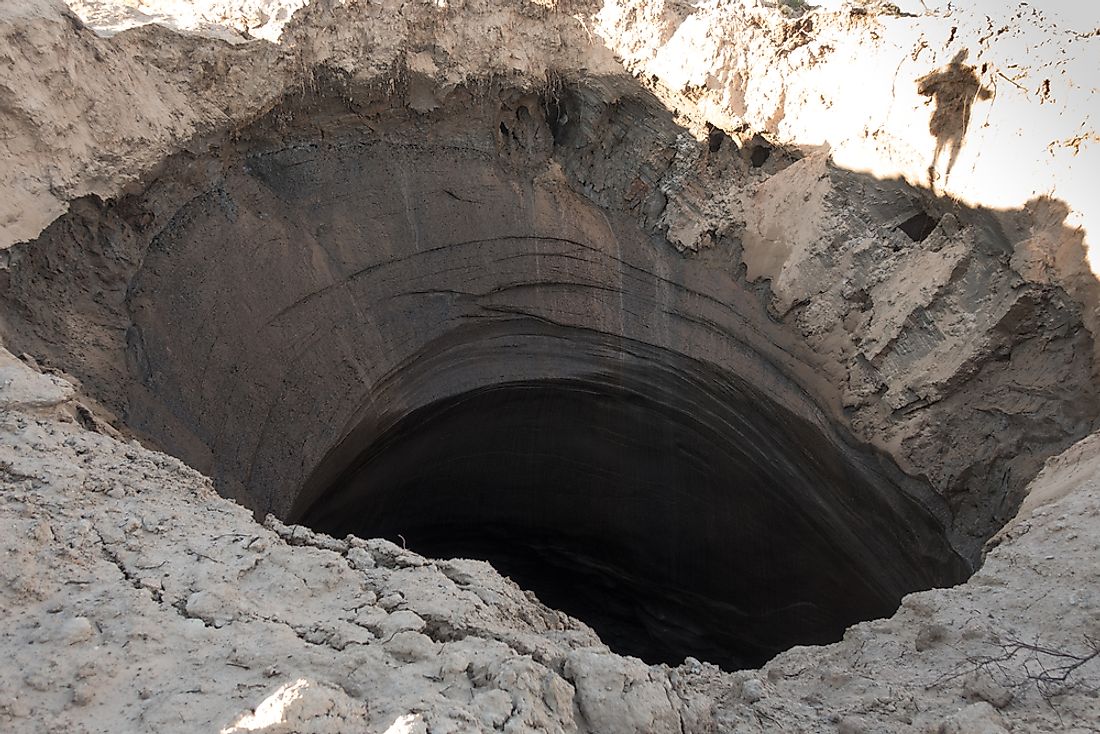 The most notable hole is the B-1 which has been filling up with water in the last two years and which scientists believe will lead to the formation of a lake. The formation of the craters has been attributed to the eruption of pingos after filling with gas.

In 1922, the Australian geologist Griffith Taylor observed reddish deposits in a valley in East Antarctica. The valley now bears his name, and it is part of the McMurdo Dry Valleys situated in Victoria Land.

It was initially thought that the red color was caused by red algae but iron oxides have since been established to be the cause. Nevertheless, the offputting crimson hue of the waterfall have led to it being dubbed "blood falls". 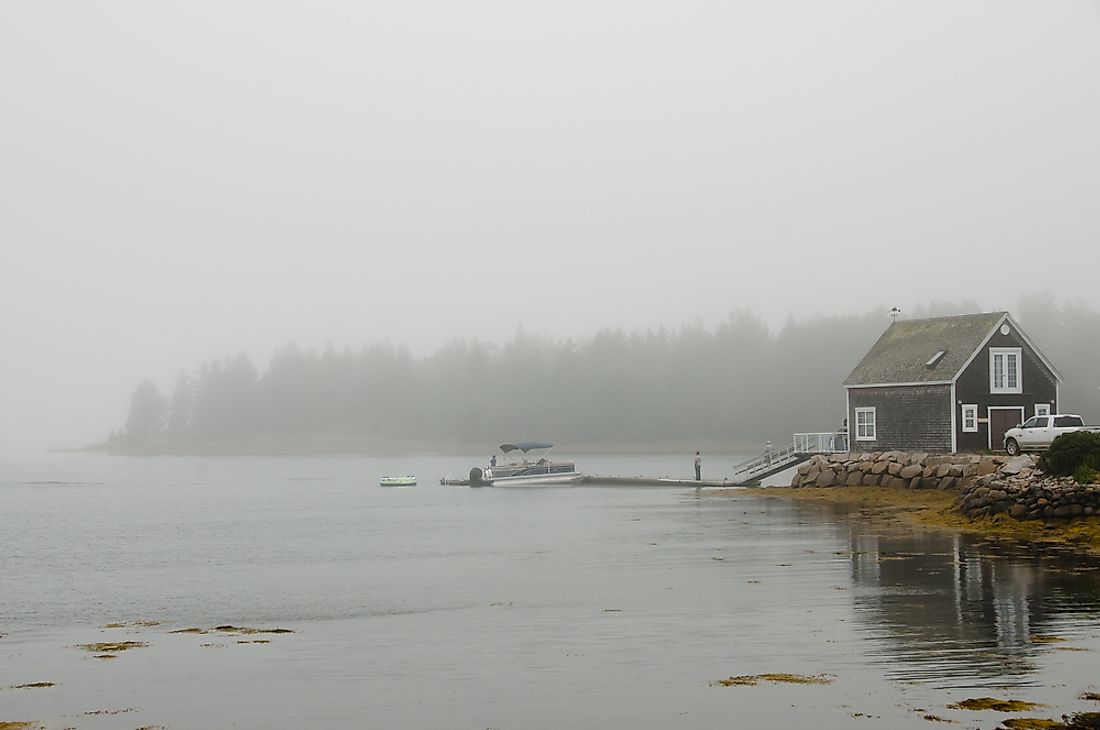 Oak Island occupies an area of 57 acres on the southern shore of Nova Scotia, Canada. It is among the nearly 360 small islands located in Mahone Bay. The mystery surrounding the island began in 1795 with the discovery of a circular depression by a teenager called Daniel McGinnis. The depression was about 13 feet in diameter, and several oak trees around the depression had been cut down. McGinnis claims to have seen a block and tackle over the depression, a factor disputed by some researchers.

McGinnis told his two friends, Antony Vaughan and John Smith who helped him excavate the site as they had all heard of pirate fables in the area. Over time, the area has been subjected to investigations, treasure hunts, and excavations. Many theories have tried to suggest on what, if anything, might be concealed in the pit. Critics refute these theories saying it is just a natural phenomenon.

Cone-shaped skulls stumbled upon in the Paracas region of Peru have inspired claims that they are of extraterrestrial origin. The elongated shape of the skulls coupled with announcements that they possessed non-human DNA served to fuel these allegations.

Anthropologists have explained that the elongated shape of the skulls may have been due to artificial cranial deformation, a practice embraced by different cultures across a wide geographical area. The skulls were discovered by Julio Tello, a Peruvian archaeologist in the 1920s. They are exhibited in the National Museum in Lima, Peru.

The fictional city of Atlantis features in Plato’s work (Timaeus and Critias). Plato was a Greek Philosopher who put forward several theories concerning politics. According to Plato’s publications, Atlantis was a naval power situated in the Atlantic Ocean. The territory is described as having a plain in the south and mountains to the north. It was bigger than both Asia Minor and medieval Libya combined. The city’s kings hailed from Poseidon who was the god of the sea, but they had mixed with mortals and diluted their divine ancestry. The naval power successfully invaded much of Africa and Western Europe. Its downfall came after an unsuccessful attempt at invading Athens, after which it tragically sank into the sea. Several scholars have tried to locate the city while others believe it is just a myth.

In December 1952, a fog that blanketed London led to the death of as many as 12,000 individuals. The fog contained pollutants which triggered breathing problems for the city's inhabitants. The phenomenon puzzled researchers for decades until recently when an international team of scientists probed into the mystery.

The fog was shown to have contained the elements sulfate and sulfuric acid. Coal-burning was the major contributor of the mist. Similar chemistry has been observed in China, a nation which constantly battles with air pollution. The fog in London facilitated the introduction of the Clean Air Act in 1956 which sought to reduce air pollution.

What are the Giant Craters of Siberia?

This page was last updated on August 30, 2019.
By Benjamin Elisha Sawe