Kuwait is a small country in Western Asia that is considered part of the Middle East and is primarily covered by desert. Given the country's desert climate, its wildlife is not very diverse. Animals that live in Kuwait have developed adaptive features which enable them survive in the desert environment.

Over the past few decades, the desert in Kuwait has become increasingly harsh, to the point that animals adapted to the desert are finding it increasingly difficult to continue living in the environment. As a result, the Arabian wolf, Arabian oryx, striped hyena, jackal, honey badger, sand cat, Ruppell’s fox, and cape hare have become extinct or critically endangered. Habitat loss, desertification, overhunting, and adverse human activities are to blame, while species isolation and genetic pulling are also contributing to population collapse. The following are examples of animals that inhabit Kuwait.

The Arabian sand boa is a snake species endemic to Iran and the Arabian Peninsula. It is a small snake that grows to about 15 inches and spends most of its day buried in the sand. The Arabian sand boa has small eyes located at the top of its head, and its geographic range extends across Oman, Saudi Arabia, Kuwait, Yemen, and Southern Iran. It is primarily nocturnal and tolerant of extreme weather, a feature that has helped it thrive in the desert environment. 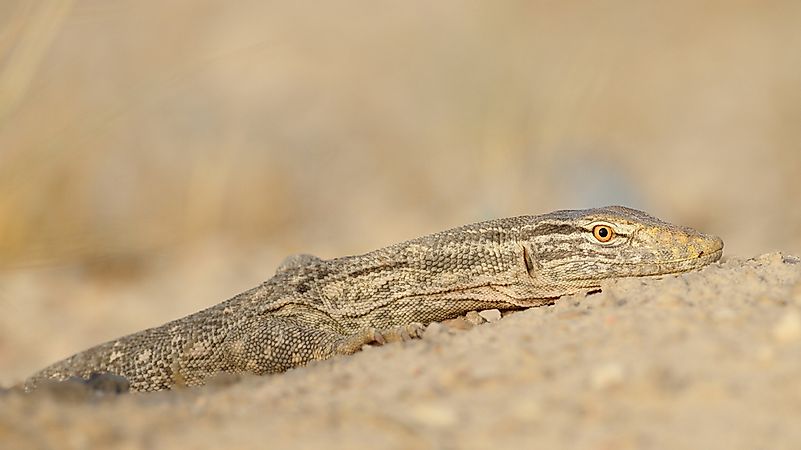 The monitor lizard is a large member of the lizard family that is native to Asia, Africa, and Oceania, but has become a dominant invasive species in the Americas. The cold-blooded nature of the monitor lizard helps it survive in the desert climate of Kuwait, where it hides under rocks and sand. The species feeds on eggs, reptiles, birds, and fish. 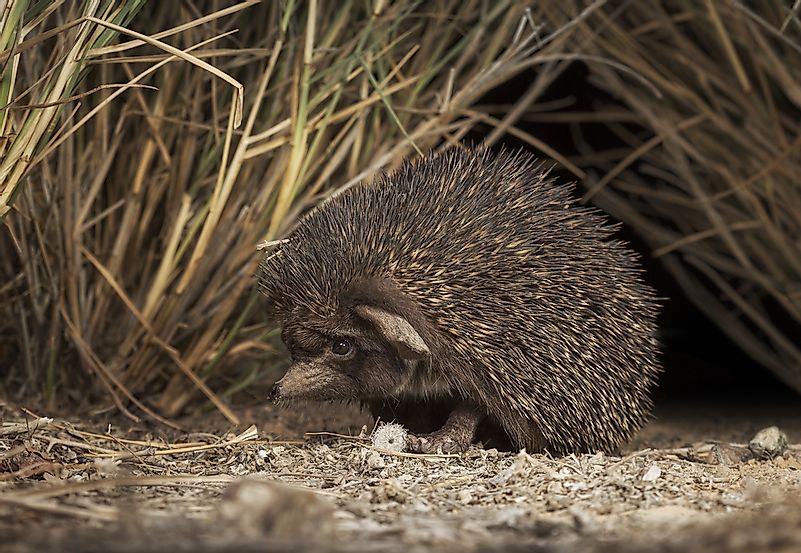 The desert hedgehog is the smallest member of the hedgehog family, with a length of between 5.5 to 11 in and a weight ranging between 10 and 18 oz. The desert hedgehog is differentiated from other species by its dark muzzle. The desert hedgehog primarily inhabits the Middle East and the tip of North Africa, but small populations also exist in Somalia and Ethiopia. The species is tolerant of environmental change and can survive in harsh climates. 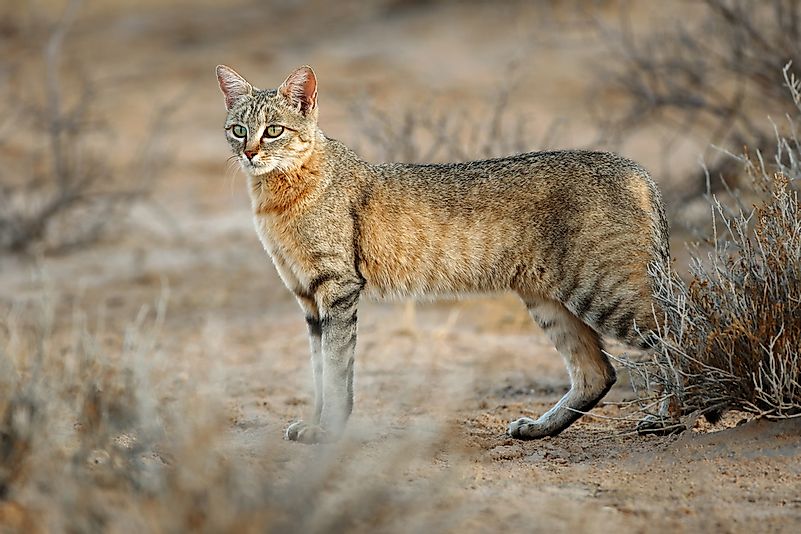 The African wildcat is native to Africa and Asia. In terms of conservation status, the species is of least concern due to its wide distribution and ability to adapt to changing environments. Given the extreme temperatures in the deserts of Kuwait, the wildcat is usually observed early in the morning and late in the evening as it hunts for mice, rats, lizards, francolins, hares, and gerbils. 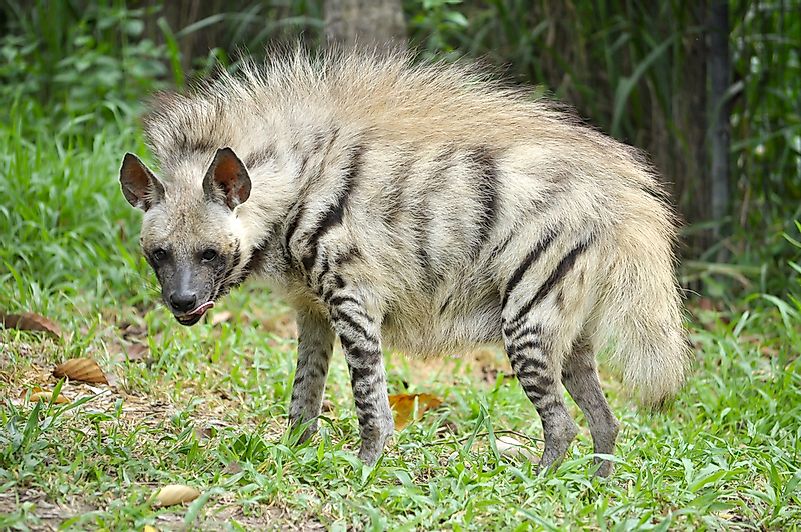 The striped hyena is a species of the hyena family native to East and North Africa, the Middle East, Central Asia, the Caucasus, and the Indian subcontinent. There are approximately 10,000 mature striped hyenas worldwide, and the species' conservation status is listed as 'near threatened.' It is smaller than the spotted hyena but retains primitive characteristics of the hyena, including a small and less specialized skull. It can be found inhabiting wilderness of Kuwait searching for prey, especially at night. 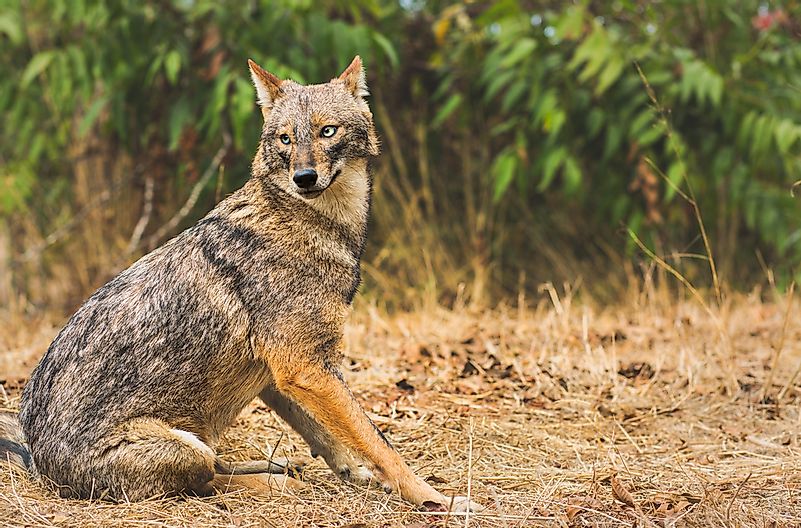 The golden jackal is a native species of Kuwait that resembles the Arabian wolf but is slightly smaller in size. Due to the desert climate of Kuwait, the jackal usually inhabits areas near river banks, canals, lakes, and oases. The species is a social animal that usually lives in groups of adults and several offspring. The golden jackal is an omnivorous animal that is both a predator and a scavenger, which are features that help the species survive the harsh climate. 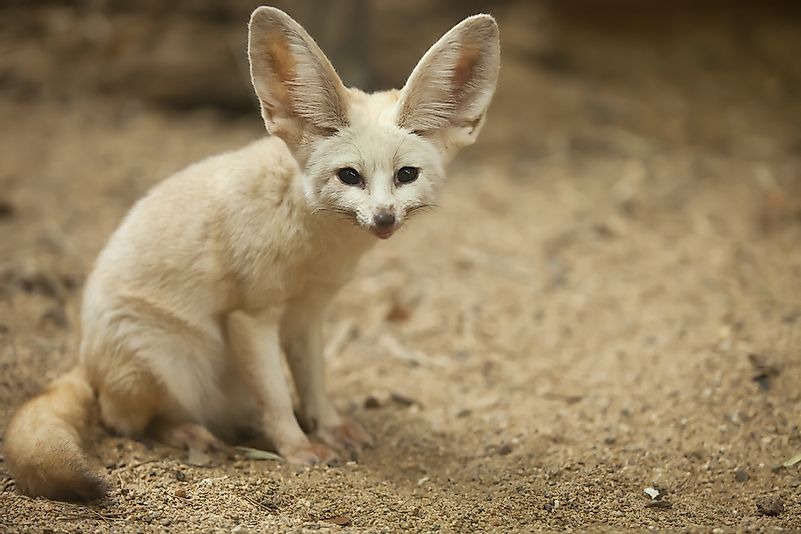 The fennec fox is a small fox that inhabits the Sahara desert, Sinai Peninsula and Arabian desert. The species, which can be distinguished by its unusually large ears, survives the desert climate by digging burrows in the sand, especially under trees. They are social animals, and families often live in interconnected dens. The fennec fox is a threatened species because it is hunted for its fur, and is also considered an exotic pet. 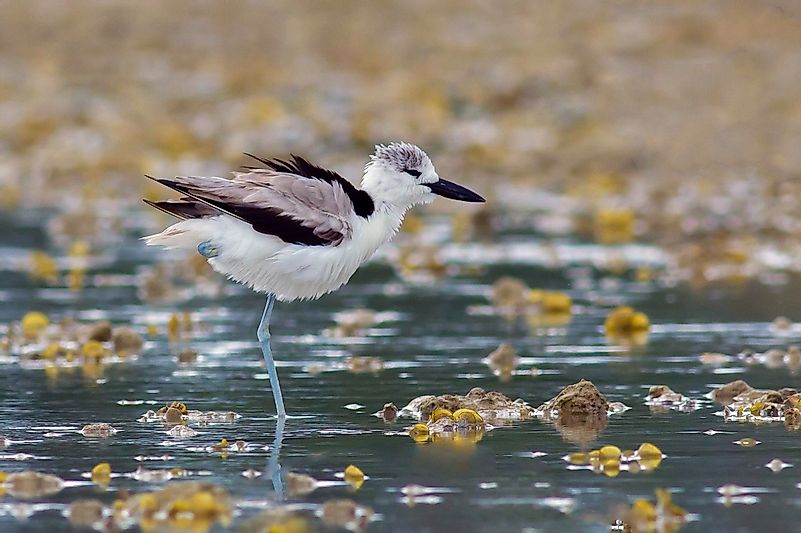 The crab plover is a bird that is related to the wader but is distinctive enough to warrant its own family, Dromadidae. It inhabits islands and coasts of the Indian Ocean, where it feeds on small animals, including crabs. The crab plover spends the day resting in trees and feeds in groups at night. The bird's primary range is along the Persian Gulf. 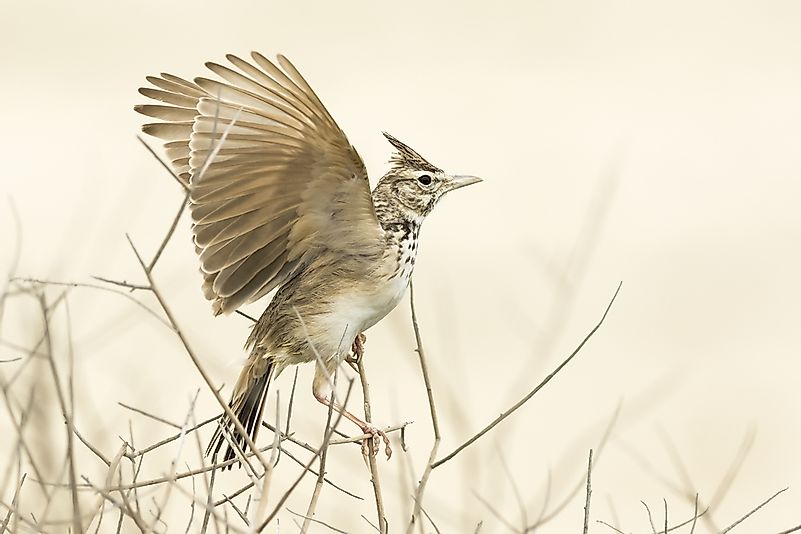 The desert lark is a bird that lives in desert and semi-desert areas, from Morocco through the Arabian Desert and into western India. It is a resident bird of Kuwait and does not migrate, though it moves within its habitat in search of food and to avoid predators, especially cats.

The black desert cobra is a snake that is native to Kuwait and the Middle East. The species has an average length of approximately 1.8 ft, although some can grow to nearly 6 ft. The black desert cobra prefers the desert climate, where it spends the day hidden in the sand and emerges at dusk to hunt. The species is also known to inhabit areas close to irrigated settlements, where it preys on domestic birds.

This page was last updated on November 22, 2019.
By Victor Kiprop