Cameroon is among the most biodiverse countries in the world thanks to the conducive climate and dense forests. The country has more than 20 reserves to protect its fauna and flora. Bénoué Reserve and Mozogo Gokoro Reserve were the first to be established by the colonial administration in the early 1930s. Cameroon is home to more than 400 species of mammals, 14 of which are endemic, 690 bird species, 250 reptiles, and 200 amphibians.

About 400 elephants are found in the Lake Chad region in Cameroon and Chad. There are more than 900 species of birds, but only seven are endemic, while 20 are specialty pieces. The cross river gorilla is among the most endangered species in Cameroon with fewer than 300 individuals. Others are the black rhinoceros, shrews, and chimpanzees. The wildlife of Cameroon is threatened by the conversion of forests into farmlands, poaching, and fragmentation of population. More than 50% of forest cover has been lost in Bamenda-Banso Highlands and Budu Plateau since the 1960s. The following are some of the animals of Cameroon. 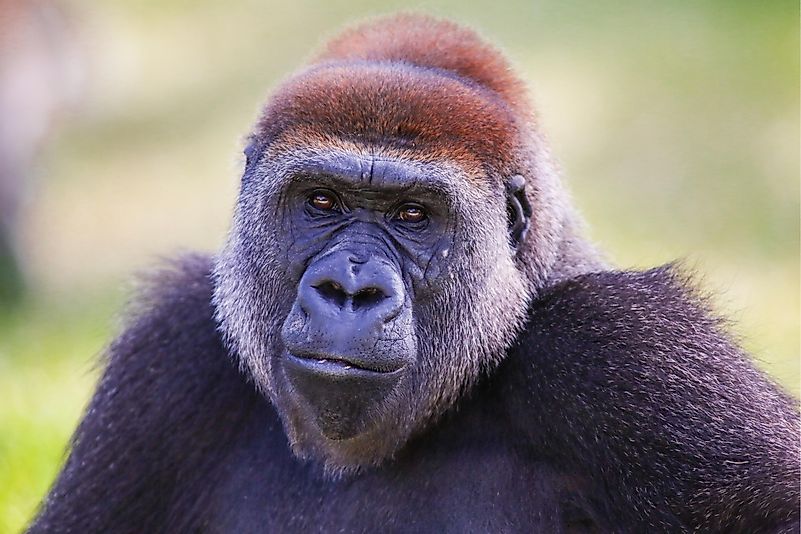 The cross river gorilla is a subspecies of the western gorilla that is limited to the dense jungles and foothills along the boundary of Cameroon and Nigeria. Conservationists have expressed concern over the possible extinction of the species as their number is estimated at less than 300 individuals. They live in small groups of between 4 to 7 individuals consisting of males, females, and young ones. Between 1995 and 2010, the population of the gorillas declined by over 50% as human activities degrade the ecosystem.

About 300 elephants roam the Lake Chad region of Cameroon and Chad. Just like the rest of the continent, the elephants are threatened by poaching. In 2012, more than 300 elephants were killed in Bouba N’Djida National Park by poachers from Sudan, Chad, and the Central African Republic. Significant populations are also found in Faro National Park. In 2016, the government burned over 2,000 tusks and hundreds of ivory products in a bid to discourage poaching.

The African rock python is one of the 11 python species. There are two subspecies, one in West and Central Africa, and the other in South Africa. The rock python is the largest snake in Africa and is therefore feared and revered, but it rarely kills humans. The snakes are found in the dense forests and protected parks of Cameroon, where they hunt lizards, crocodiles, small mammals, and birds. Since they lack venom, they kill prey by constriction. Despite the destruction of their natural habitats in Central and West Africa, their population remains stable.

The Mount Oku rat is a rodent that is only found in the tropical and subtropical montane forests of Cameroon. It is a relatively small rat that measures about 5 inches. The only known population is located in Mount Oku. It is herbivorous and terrestrial. The species is listed as endangered due to its limited range and declining numbers as a result of predation and increased farming activities.

The African climbing mouse, also known as the tree mouse, is a rodent that is restricted to sub-Saharan Africa, but fossil records indicate that it once roamed Arabia and Europe. It is characterized by dense grey or brown fur and three fingers on each limb. They are excellent climbers and spend most of their time in trees away from predators. They can live close to rural human settlements, but large populations thrive in Mbam Djeremm, Korup, and Takamanda national parks. 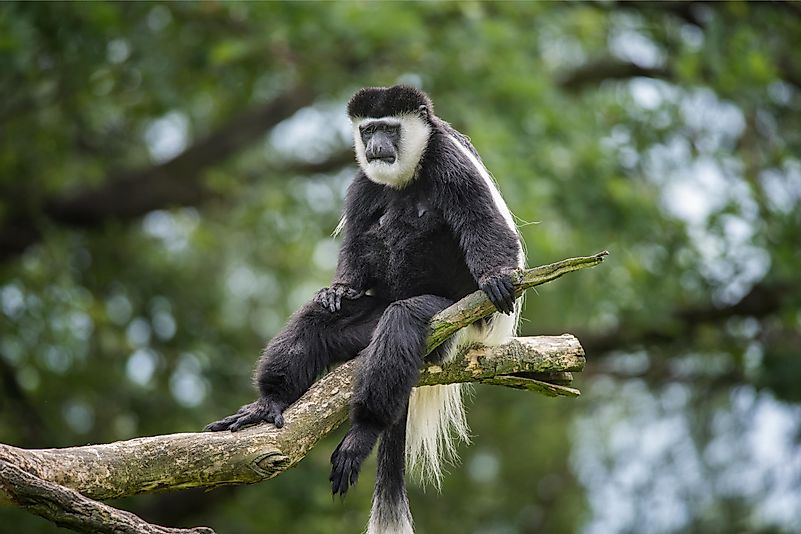 The black colobus is an Old World monkey that is limited to a small area of Central Africa. It is relatively large and is characterized by black fur. The black colobus is distinguished from other colobus monkeys by the missing thump. The species has declined in its natural habitat due to hunting and habitat destruction. The largest population is found in Gabon, while others are found in Bioko Island and Douala-Edea Reserve in Cameroon.

The red-fronted gazelle is widely distributed across northern Sub-Saharan Africa from Senegal in the west to Ethiopia in the east. It is also a resident of the Sahel region. The gazelle is a native species of Cameroon and can be found in grasslands, woodlands, and savannas in national parks and protected areas. There are about 25,000 individuals left in the wild, and the population is declining due to habitat degradation and poaching.

The servaline crested genet is endemic to Cameroon and Nigeria. It is listed as vulnerable due to loss of habitat. The species was first observed in Cameroon and was thought to be a subspecies of the servaline genet, but It is currently classified as a distinct species. The genet prefers low vegetation and tall deciduous forests but can occasionally be seen in montane forests. It is found across the Niger Delta.

Bannerman’s turaco is endemic to the forested mountain slopes of Cameroon. The largest population is found in the Bamenda highlands. The bird prefers montane forests with tall trees and a constant supply of fruits. The IUCN estimates there are fewer than 10,000 individuals though populations are fragmented. They are threatened by wildfires and destruction of their habitats.

The African golden cat is endemic to West, Central, and East Africa. It is listed as vulnerable due to habitat destruction and bushmeat hunting. It prefers dense forests with heavy undergrowth, especially close to rivers, but it may be found in bamboo, and cloud forests. The Cameroonian population is found in Mbam Djerem, Benoue, Takamanda, and Korup national parks.

This page was last updated on December 24, 2019.
By Victor Kiprop