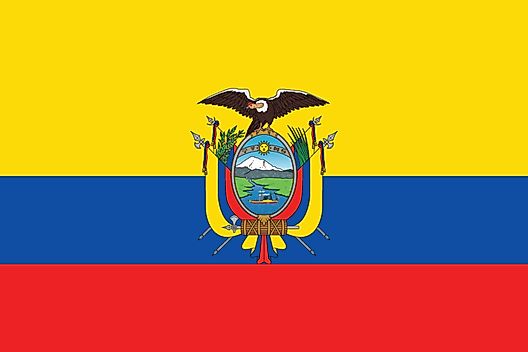 Ecuador is divided into four regions: the coastal lowlands and mountains areas; the central Andes Mountains and its two major chains (Cordillera Occidental in the west) and the (Cordillera Oriental in the east); the lower mountains that fade into rolling hills and lowlands of the east, and the territory of the Galapagos Islands - officially called the Archipiélago de Colón - located about 1,000 km to the west.

The Andes includes over 20 peaks at least 13,779 ft. (4,200 m) in height with most located in the Cordillera Occidental. In addition, there are over 30 peaks that are volcanic in nature, including many active ones.

Most rivers in Ecuador rise in the upper elevations of the Andes, flowing east toward the Amazon River, or west into the Pacific Ocean. The most significant include the Babahoyo, Chira, Coca, Curaray, Daule, Esmeraldas, Guayas, Napo, Paztaza, and the Putumayo, on its northeastern border with Colombia.