The Australian Capital Territory, enclaved within New South Wales, was created in 1901 as the site for Canberra, the capital city of Australia. 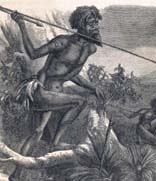 Prior to the arrival of Europeans, the region was inhabited by Indigenous Australians dating back nearly 21,000 years ago.

European exploration and settlement of the area began in the 19th century, which was widely used for sheep and cattle grazing.

This region was selected in 1908 as the future site Canberra. By 1927 the Parliament of Australia had taken up residence. However, the Australian Capital Territory wasn't official until 1938.

Following World War II, Prime Minister Robert Menzies scrutinized the state of Canberra as an embarrassment to the country, and set out to advocate its development by hiring American architect, Walter Burley Griffin.

Canberra's centerpiece, Lake Burley Griffin, was constructed and completed in 1964. The Parliamentary Triangle was subsequently built, with sculptures and monuments erected along the lakefront. 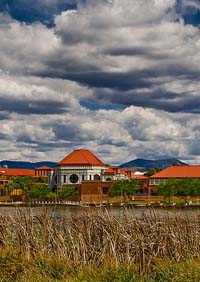 The population of Canberra increased by more than 50% between 1955 and 1975, then continued to grow with the addition of more residential land in the 1990s.

Despite its small size, the Capital Territory has an extensive amount of attractions that range from stylish restaurants, bars and storefronts, to the great outdoors brimming with cycle paths and walking trails.

Additionally, for the nature enthusiast, every spring the Floriade takes place from September to mid-October. This world-class floral exhibition displays more than a million blooms, hosts workshops, features musical entertainment and the breathtaking Floriade NightFest.

As a whole, the Australian Capital Territory is a great place for both families along with those who enjoy nightlife.

The Most Dangerous Cities In The World