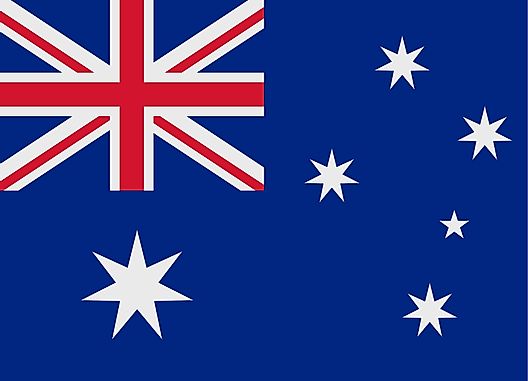 The Australian Flag was first flown in 1901. The flag consists of three elements: the Union Jack, the Commonwealth Star and the Southern Cross.

The Southern Cross with its five stars, is on the right side of the flag. The stars are a reminder of Australia's geographical location, as this constellation can only be seen from the southern hemisphere.

Supporting the Coat of Arms are the red kangaroo and the emu, native Australian animals. Neither animal can walk backwards, thus representing progress and an unwillingness to back down. The background contains a wreath of Golden Wattle, the official national flora emblem. At the bottom of the Coat of Arms is a scroll containing the name Australia.

Above the shield is the crest, a seven-pointed gold star on a blue and gold wreath. Six of the points are representative of the states of the Commonwealth, the seventh point represents the territories of Australia.

What is the Official Language of Australia?

English is the de facto national language of Australia. 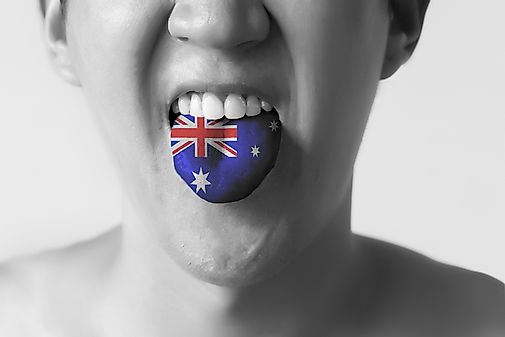 What Languages Are Spoken In Australia?

What are the Major Industries in Australia?

The service industry comprises of over 70% of the Australia GDP. It dominates the economy, which employs over 79% of the labor force. Other major industries include tourism, healthcare, media, finance, and mining. 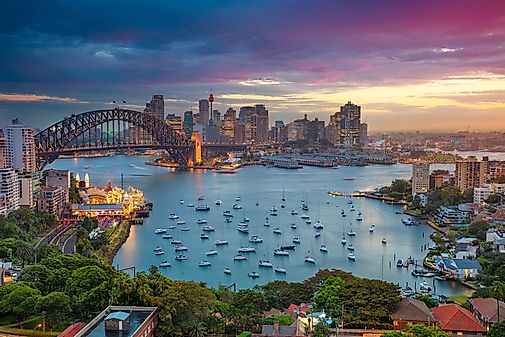 What Are The Biggest Industries In Australia?

What Are the Major Ethnic Backgrounds of Australians? 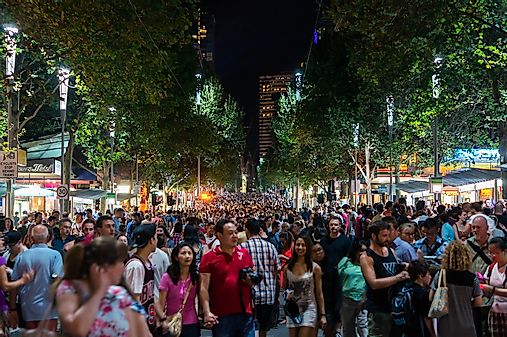 Demographics and Ethnic Groups of Australia

What is the Biggest State and Territory in Australia? 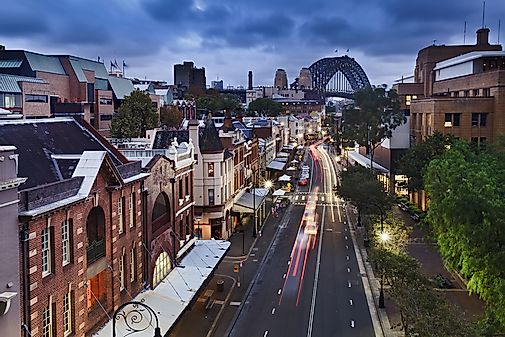 Australian States and Territories By Population

What Kind of Plants Live in Australia?

Some of the native plant species of Australia include the archer's eremophila, the lance-leaved sundew and the bull kauri. 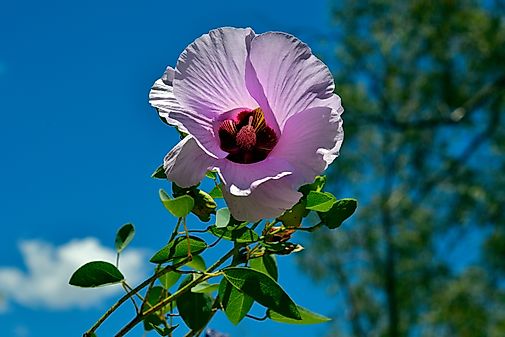 What Kind of Government Does Australia Have?

Australia is governed by both the federal government and the state and territory governments. Queen Elizabeth II is Australia's head of state under a constitutional monarchy. 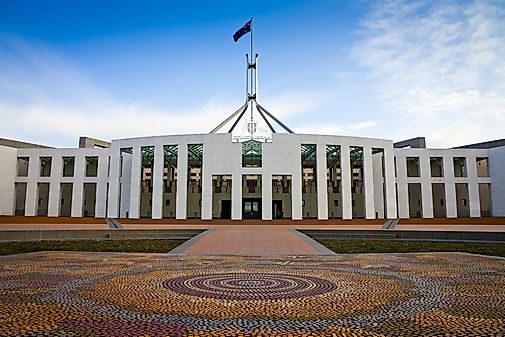 What Type of Government Does Australia Have?