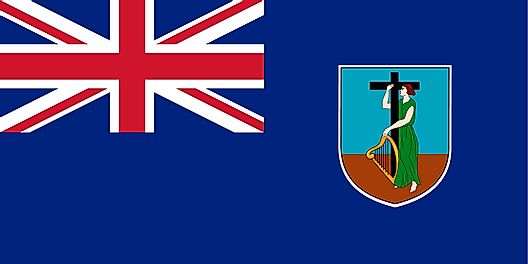 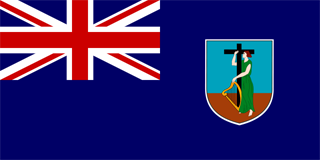 The current flag of Montserrat was officially adopted in 1962.

The flag of Montserrat is navy blue with the Union Flag in the upper left corner, and contains the coat of arms of Montserrat. 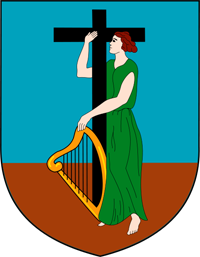 As a British dependent territory the island flies the United Kingdom (UK) flag. The coat of arms dates from 1909, and shows a woman dressed in green, holding a cross and harp. The cross is symbolic of Christianity, while the harp and woman recall Irish immigrants that settled on the island in 1632. 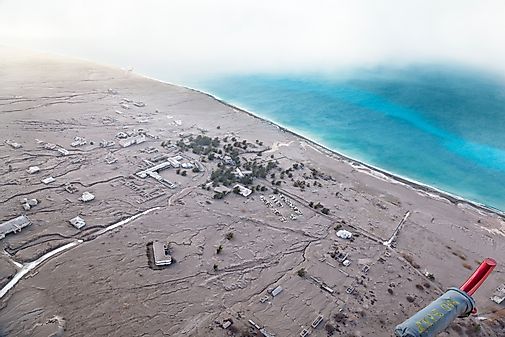