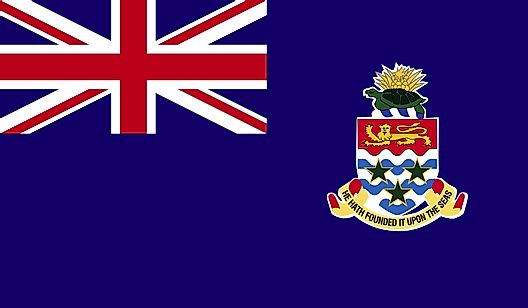 On May 10, 1503, on his final voyage to the 'New World,' Christopher Columbus spotted the Cayman Islands. He named them Las Tortugas after the numerous sea turtles that inhabited their waters.

In 1586, Sir France Drake, the first recorded English visitor to the islands, renamed them the Cayman Islands after caiman, the Neo-Taino nations' term for alligator.

For the most part these islands remained uninhabited until the late 17th century. Then in a rush the word got out and it became a temporary home to pirates, refugees, sailors, slaves (and reportedly) a few deserters from Oliver Cromwell's army in Jamaica.

Local records indicate that Isaac Booden, born on Grand Cayman, was the first permanent resident. Today, the majority of Caymanians are of African and English descent, with considerable interracial mixing.

The 1670 Treaty of Madrid, was an agreement between England and Spain. As a part of the overall settlement, England took formal control of Jamaica and the Cayman Islands.

Governed as a single colony with Jamaica, early attempts by the British to colonize the Caymans failed, and no permanent settlements were actually built until the 1730s.

For the next two centuries the local economy revolved around the sea, as ship building and fishing were the mainstays.

The first airfield and public hospital opened in the Cayman Islands in the mid-20th century, and they were followed by the first commercial bank; a Barclays' branch. Soon tourism dollars became a major factor in the economy.

Upon Jamaica's independence from the United Kingdom in 1962, the Cayman Islands broke its administrative links with Jamaica and politically chose to become a direct dependency of the British Crown; a good decision.

Shortly there after the tax structure on Grand Cayman was completely restructured into an offshore banking center and legal tax haven, and it quickly transformed the island into an economic dynamo.

Tragedy occurred in September of 2004, when Hurricane Ivan came calling. It washed over the low-lying island of Grand Cayman and an estimated 95% of the buildings on the island were either damaged or destroyed.

With international assistance and local determination, Grand Cayman began a major rebuilding process, and within two short years its infrastructure was nearly returned to pre-hurricane levels and the tourists returned.

According to current financial statistics today, the Caymans have the highest standard of living in the Caribbean, and one of the highest GDP per capita in the world.

This popular cruise ship port has some major attractions including some of the best duty free shopping in the Caribbean, Seven Mile Beach, on which a number of the island's hotels and resorts are located, snorkeling at Stingray City, and the Cayman Turtle Farm.