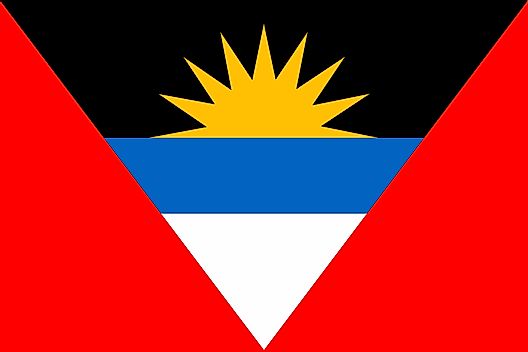 The history of Antigua began with the first known inhabitants, the Ciboney Indians. They lived here for thousands of years, but for reasons yet to be determined, they packed up and left.

The Arawak people followed them, but they were eliminated (ran off) by the Carib Indians, and when Christopher Columbus sailed by Antigua in 1493, thousands of Caribs called it home.

Columbus named the island "Antigua" in honor of Spain's Virgin of La Antigua. Regardless, daily life did not change much on Antigua until the early 17th century.

In 1632, a small group of English colonists sailed to Antigua from St. Kitts and established the first European settlement; sugar plantations were established, and by the late 1670s, sugar was Antigua's main crop.

To operate their plantations, the British imported tens of thousands of slaves, and by the mid-1700s, their numbers reached to nearly 40,000. These hard working people were forced into a miserable life of labor and very crowded living conditions.

Throughout most of the 18th century, African slavery was a hot-button issue on Antigua. Repressive rules forced on the slaves were the genesis of numerous rebellions, some quite bloody, but none were successful.

Regardless, the now-profitable sugar industry was operated by a number of white-controlled plantation estates, and some of those greedy operators continued to import enslaved West Africans to Antigua.

The American War of Independence in the late eighteenth century disrupted the Caribbean sugar trade, especially for the British. At the same time, public opinion in Britain was gradually turning against slavery.

Because of its valuable position in the northeastern Caribbean, Britain (although on the losing side in the American War of Independence) still wanted to preserve this valuable colony for themselves, and dispatched Lord Horatio Nelson to the island.

Nelson, an English flag officer, famous for his service in the Royal Navy, arrived in 1784. He was 26, and took immediate command of the garrison. Before Nelson's arrival, cargo vessels from the newly independent United States were carrying on a lively trade in Antigua.

Well, Nelson put an end to that lucrative trade, and locals and English merchants alike were not happy. During his tenure, Nelson prohibited the under-the-table trade with foreign countries, and American ships were not permitted to use the harbor; today called "Nelson's Dockyard."

Nelson left for home in 1787, and a few short years later in 1808, Great Britain abolished the slave trade. All existing slaves in their Caribbean colonies were finally emancipated in 1834.

In 1967, with Barbuda and the tiny island of Redonda as dependencies, Antigua became an associated state of the British Commonwealth. In 1981, it finally gained its independence.

Today Antigua is a very popular tourist destination, for both its historic and natural attributes. Cruise ships use the deep water port at St John's and its international airport serves jumbo jets from around the world.

The island is known for its low humidity, shopping bargains, a passion for cricket by the locals, sugar cane fields, rain forests and small, scenic coastal villages.

What Languages are Spoken in Antigua and Barbuda?

English is the official language of Antigua and Barbuda. 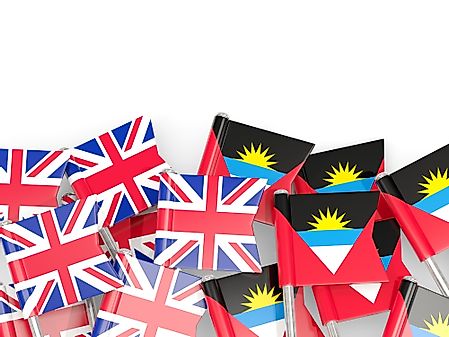 What Languages Are Spoken in Antigua and Barbuda?

What Kind of Government Does Antigua and Barbuda Have? 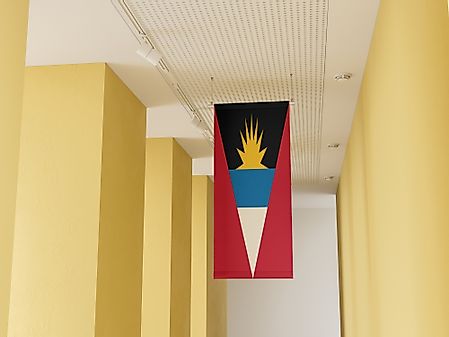 What Type of Government Does Antigua and Barbuda Have?

What is the biggest city in Antigua And Barbuda?

St. John’s is the most populated city in Antigua and Barbuda as well as the capital and primary economic center of the country. It has a population of 22,634. 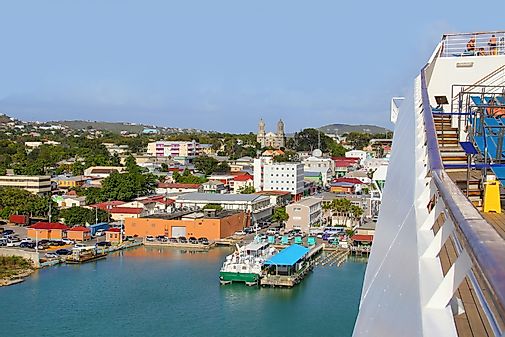 Biggest Cities In Antigua and Barbuda

When Was the Flag of Antigua and Barbuda Adopted?

Antigua and Barbuda's national flag was adopted on February 27, 1967. 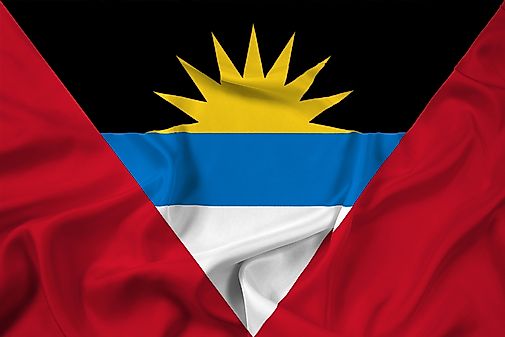 What Do the Colors and Symbols of the Flag of Antigua and Barbuda Mean?

About Antigua and Barbuda

Related To Antigua and Barbuda