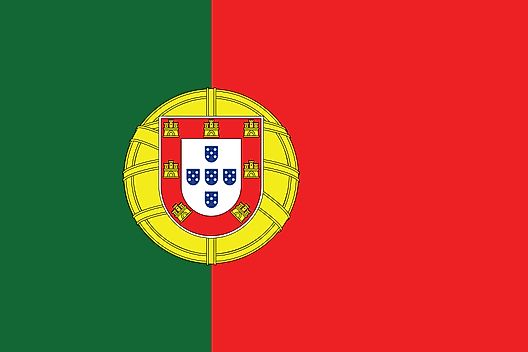 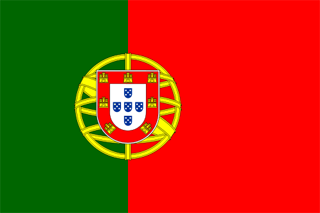 The Portugal flag was officially adopted on June 30, 1911.

Green is representative of King Henry the Navigator, a famed Portuguese explorer. The centered shield is representative of ocean exploration and the expansion of Portugal's influence during the reign of King Afonso Henriques. Red recalls the internal revolution of the early 1800s. 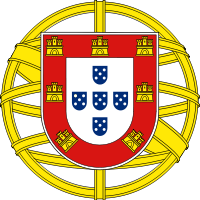 The result of hundreds of years of modifications, Portugal's current coat of arms was officially adopted on June 30, 1911, and is based on the arms used by the kingdom since the Middle Ages.

The shield resting in front is composed of seven golden castles, which represent the Moorish castles conquered during the Reconquista.

Behind the shield is an armillary sphere, which was a navigational instrument, and symbolizes Portugal's importance during the Age of Discovery.
This page was last updated on April 7, 2017.