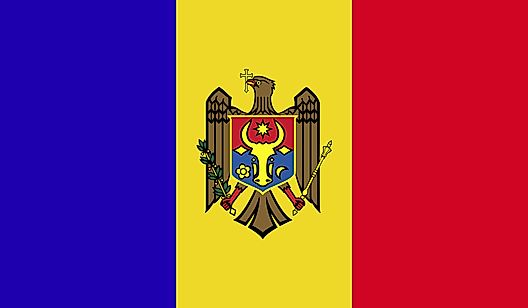 Moldova is hilly with a subtle slope south toward the Black Sea. Moldova has a relatively rugged topography, however elevations never reach beyond 430 m (1,411 ft) - which is the country's highest point, Balanesti Hill.

These hilly regions are part of the Moldavian Plateau, a part of the Carpathian Mountains. Accounting for much of the terrain along that plateau are steep forested slopes interlaced by valleys and ravines.

While the Dniester river forms only a small part of Moldova's border with the Ukraine, the Prut completely makes up the entire western border with Romania.

Other important rivers of note include the Nistru and Byk.