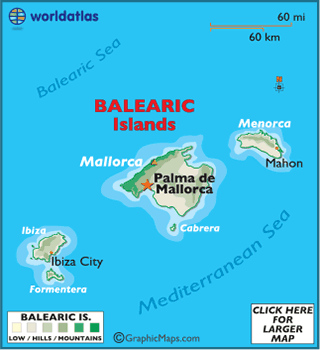 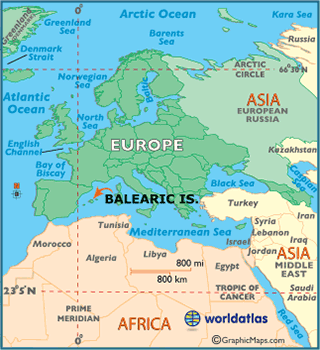 An archipelago in the western Mediterranean Sea, the Balearic Islands are located just off the coast of Spain, and contain four major islands: Majorca, Minorca, Ibiza, and Formentera, as well as the minor outlying islands and islets.

Largest of the four islands, Majorca's interior is a flat, fertile plain (known as Es Pla) that extends outward to a rugged, mountainous coast. Majorca is the second most populated island of Spain.

Minorca, Ibiza and Formentera all present an uneven and rugged coast with low-lying plains punctuated by pine forests.

The highest point of the Balearic's is Puig Major, which peaks at 4,741 feet (1,445 m), on the island of Majorca; the lowest point is the Mesiterranean Sea (0m). 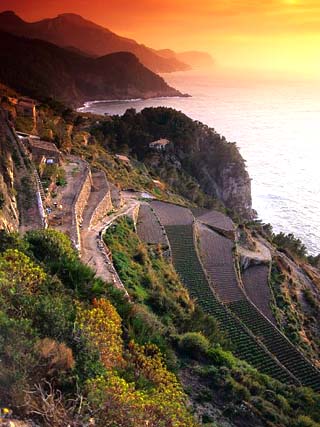 by David Frazier
Buy This at Allposters.com