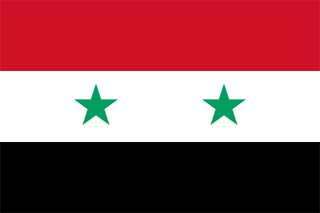 The two stars - (depending on the point-of-view) - either represent Syria and Egypt, or Syria and Iraq. 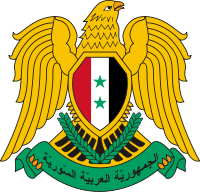 Syria's coat of arms consists of the Hawk of Qureish bearing a shield that displays the national flag.

In the hawk's talons is a green scroll reading, "Syrian Arab Republic."