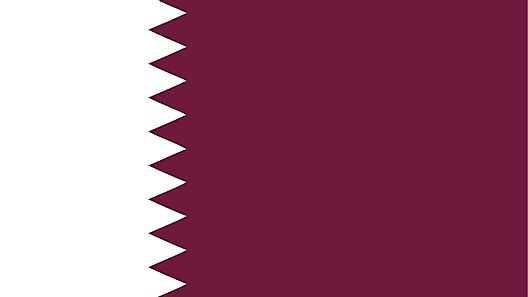 Archaeologists have uncovered evidence that the Qatar Peninsula, jutting north into the Persian Gulf from Saudi Arabia, was initially inhabited during the Middle East Stone Age.

The Islamic history of this strategic land was influenced over many centuries by the British, Ottomans and Portuguese, plus a long series of nomadic Arab tribes.

In 1777, the Persians took control of Qatar prompting many merchants and families to migrate to Zubarah, a town founded by the Bani Utbah tribe in 1732. Zubarah ultimately became an important center for trade, and thrived with the pearling in the Persian Gulf.

A war between the Zubarah based Al-Khalifa traders and Bahrain broke out in 1782. The battle of Zubarah was a brutal one, and lasted through the early 19th century dragging Kuwait, Iran, the Omanis and the Ottomans. 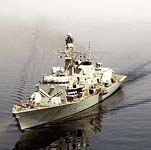 Due to a growing interest in India, and an ambition to secure a passage for the East India Company, British forces arrived in the Persian Gulf bringing with them their own imposition of order by way of the General Treaty of Peace.

However, this didn't stop Bahraini forces from attacking the city of Doha in 1867, and in turn provoking the Qatari to counterattack.

It was British Colonel Lewis Pelly who presented a peace treaty to Bahrain and Qatar, which ultimately resulted in a huge milestone for Qatar as they were recognized as a separate entity from Bahrain.

In 1913, after a brief period under the rule of the Ottomans, Qatar signed a treaty with Britain relinquishing their autonomy in foreign affairs in exchange for military protection.

In the early 20th century, Qatar was a relatively poor Middle East sheikhdom, with pearl production and fishing being its major revenue sources.

Then, in 1939, the discovery of oil and gas transformed it into an influential and rich land for both its current ruling clan (the Al Thani family), and its entire people.

In April of 1970, two years after Britain withdrew their military commitments from Qatar, the country was declared an independent, Arab, Islamic state.

In 1995, the ruling Amir, Sheikh Khalifa, was removed by his son, the current Amir Hamad bin Khalifa Al Thani. This event helped move Qatar into the most desirable position of having one of the highest per capita incomes in the world, and helped propel Qatar into a progressive Middle East state.

As a by-product, jobs are guaranteed in Qatar, and college education is free. There is no income tax here; all public services are gratis, and the government provides all health care.

In 2012, Qatar retained its title for the third time as the richest country in the world, based on per capita income.

Tourism in Qatar (mostly to Doha) has increased rather dramatically. Sparkling new hotels (Las Vegas-like) stand along the lengthy waterfront, and the traveling world has finally learned about Qatar's beautiful beaches, and of course, the duty-free shopping. The government, in 2014, released a dress code decree to remind tourists how to dress properly.

Recently, it was announced that Qatar will be the host of the 2022 FIFA World Cup, which is sure to draw even more attention to the already thriving region.