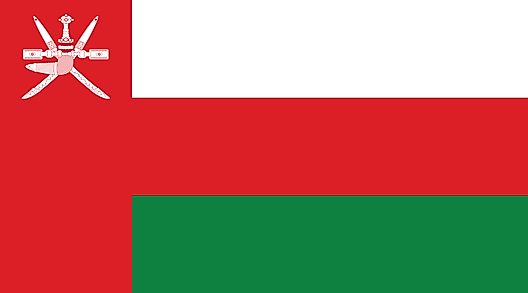 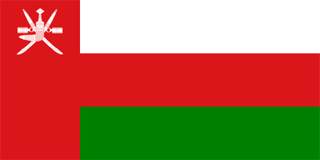 The flag of Oman was officially adopted on April 25, 1995.
Colors of the flag are symbolic, with green representing fertility; white represents peace, and this shade of red is common on many regional flags.
The national emblem, a (Khanjar Dagger), is displayed upper-left.
Larger Oman flag
Oman Coat of Arms: 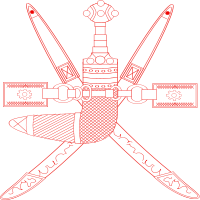 Oman's national emblem consists of a dagger (a Khanjar Dagger) and its sheath superimposed on two crossed swords in scabbards.