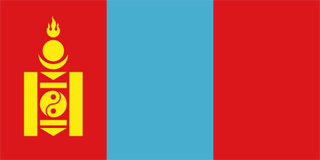 The Mongolia flag was officially adopted in 1940.

The sky blue is the country's national color.

A series of Buddhist symbols are displayed within the left red panel. 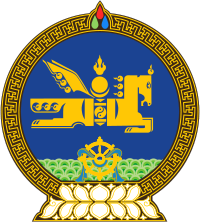 The emblem of Mongolia was adopted March 25, 1992 and features a wind horse flying above the Wheel of Dharma.