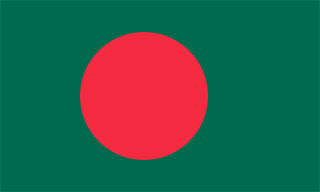 The Bangladesh flag was officially adopted on January 25, 1972, after gaining its independence from Pakistan.

The red disk symbolizes the struggle for freedom, and the green field is representative of the fertile land. 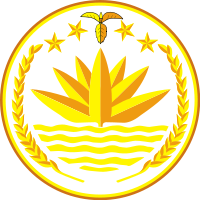 The emblem of Bangladesh was adopted in 1971. It is composed of a water lily in the center, with sheaves of rice on either side. The four stars above represent the four founding principles: nationalism, secularism, socialism and democracy.