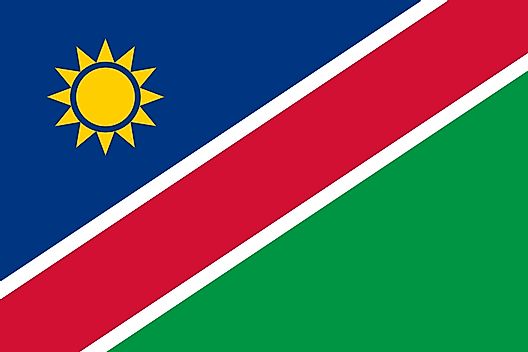 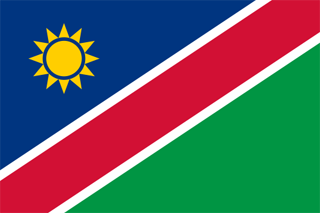 The Namibia flag was officially adopted in March 1990.

The blue, red and green were the colors of the South West African People's Organization (SWAPO), the group that liberated the country in 1990. In addition, those same colors are representative of the Democratic Turnhill Alliance, a political party. The sun is symbolic of energy and life. 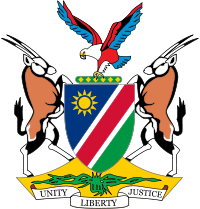 Namibia's coat of arms contains the national flag displayed on a shield, supported by two oryx. An African Fish Eagle flies above the shield, and the country motto "Unity, Liberty, Justice," is displayed on a ribbon below. 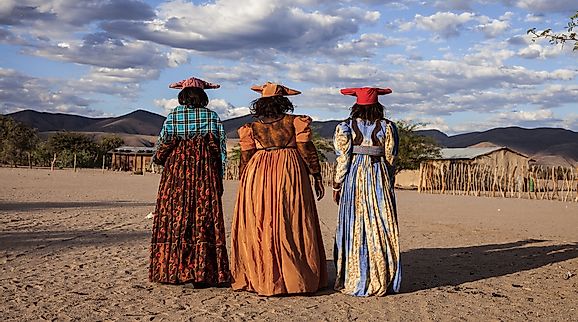