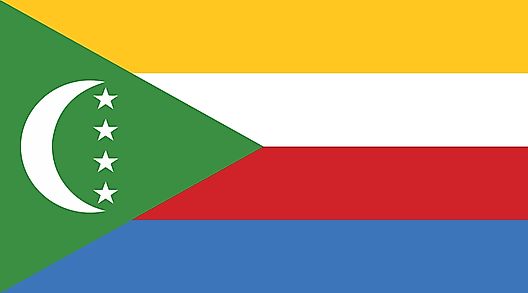 The somewhat new Comoros flag was officially adopted in 1993. The crescent, stars and the color green are traditional symbols of Islam.

The horizontal stripes and the four stars represent the country's main islands of Mwali, Njazidja, Nzwai and Mayotte. Note that Mayotte is a territory of France, but claimed by Comoros. 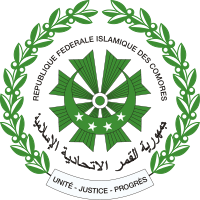 The Comoros national seal was adopted in 1975, and features a crescent with four stars as found on the national flag. Extending out from the crescent are the rays of a sun, and two olive branches make up the border.