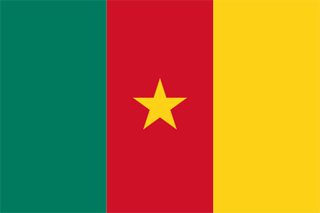 The Cameroon flag was officially adopted on May 20th, 1975, and the pattern reflects the

The red symbolizes unity, as well as the centered yellow star. Green represents hope and the yellow prosperity. Those colors combined are the official 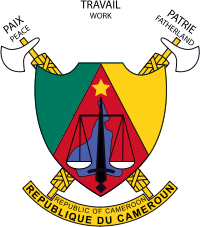 Cameroon's coat of arms contains a shield depicting the national flag, as well as the scales of justice superimposed on a map of the nation.

Two crossed fasces rest behind the shield, and the national motto is displayed above.