The Kentucky Derby is a competitive horse race that takes place in Louisville, Kentucky on the first Saturday of May every year. The derby is part of a Triple Crown, which also features the Belmont Stakes and Preakness Stakes. Three-year-old thoroughbred horses take part in the 1.25-mile race along a dirt track. Geldings (castrated males) and colts (young males) carry 126lb, while fillies (young females) carry 121lb. Horses compete in 35 races across the world to qualify for the Kentucky Derby. The top four in each race are awarded points. The 20 horses with the most points participate in the derby. A horse must win all three races (Belmont Stakes, Preakness Stakes, Kentucky Derby) to win the Triple Crown. As of 2020, only 12 horses had ever won the Triple Crown.

When Is The Kentucky Derby? The derby is held on the first Saturday of May since 1931. The day is neither a national nor state holiday, but Saturday is a non-working day in the US. The 2020 edition will take place on Sat, May 2, while the 2021 event will be held on Saturday, May 1. Between 1875 and 1930, there was no fixed date for the event.  It was held between the second and third weeks of May, as decided by the organizers. It was moved to the first Saturday of May in 1931 to maintain a schedule with the other Triple Crown races.

History Of The Kentucky Derby Meriwether Lewis Clark organized the first Kentucky Derby with the help of the Lewisville Jockey Club on May 17, 1875. Clark was inspired by races he saw during his expedition in Europe. Churchill Downs, the sight of the Kentucky Derby and Kentucky Oaks, was donated by Clark's uncles Henry and John Churchill. Fifteen thoroughbred horses participated in the first event. The original track was 1.5 miles long, but it was reduced to the current 1.25 miles in 1896. The Kentucky Derby and the Kentucky Oaks are the oldest continuous run sports events in the United States and the only horse races that take place at the location of their inaugural event. 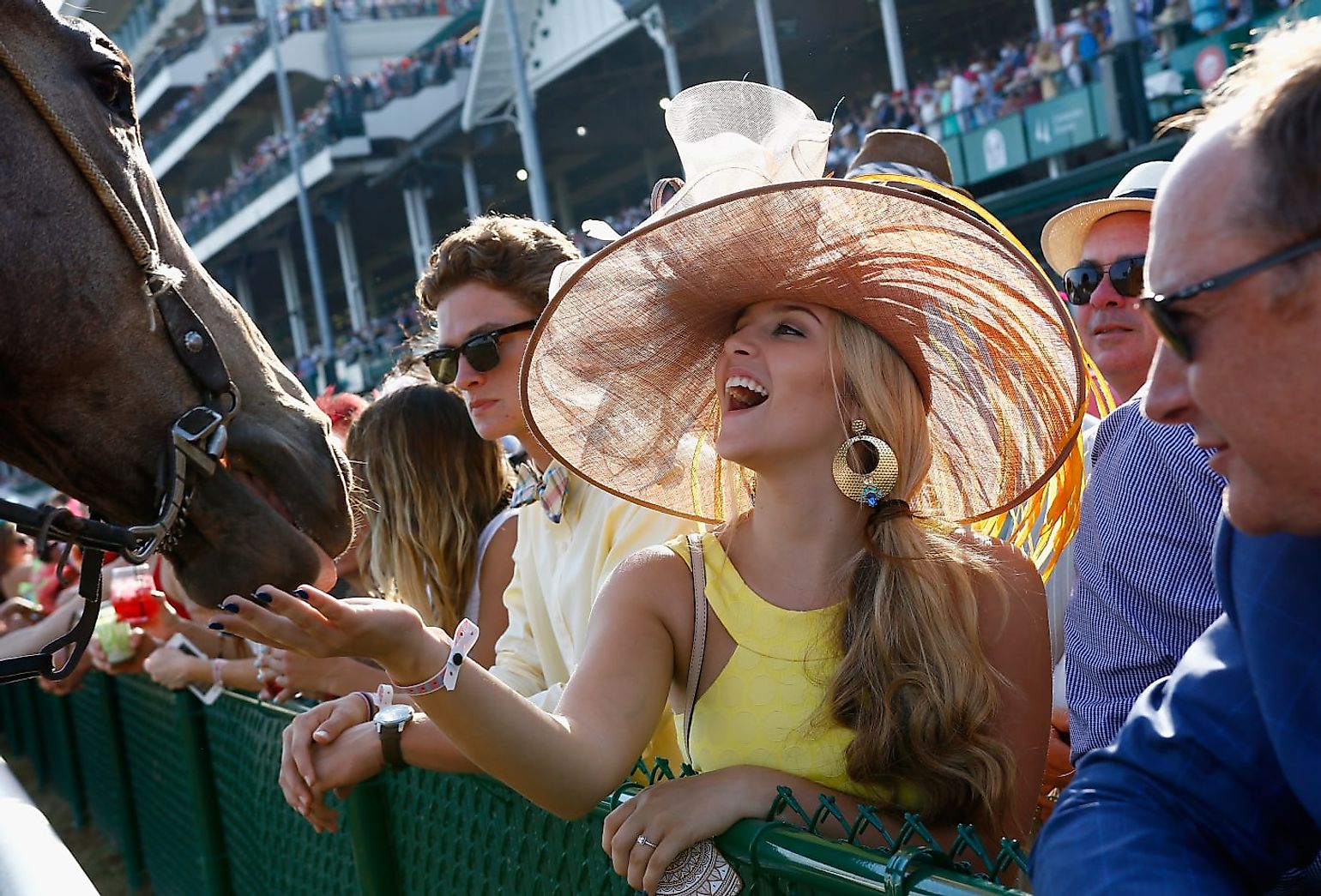 The Kentucky Derby is the oldest and most attended horse race in the United States and North America. It has developed its own culture and traditions. All spectators are expected to dress well as the event is seen as a showcase of the season's fashion. Women were inspired by their European counterparts to wear elaborate hats. The anti-slavery Ballard My Old Kentucky Home, composed in 1852 by Stephen Foster is played as the horses are relayed to the start line. More recently, the University of Louisville band has performed the song. Mint juleps, a drink made of bourbon, sugar syrup, and mint is the official drink of the Kentucky Derby. Over 100,000 glasses of the beverage are sold during the two events. Burgoo, a Kentuckian stew with okra and beans is also served at parties during the derby. Roses are the official flowers of the derby, and it is customary for winners to be awarded the flowers during the award ceremony.

When Is The Kentucky Derby?

The Kentucky Derby is a competitive horse race that takes place in Louisville, Kentucky on the first Saturday of May every year

This page was last updated on February 20, 2020.
By Victor Kiprop