Albania's infamous bunkers are one of the most quintessential objects that both decorate and memorialize its terrain. They are now one of the most evocative reminders of the grizzly communist regime under the dictatorship of Enver Hoxha that lasted for 45 long years. Hoxha ordered the build of more than 750,000 concrete bunkers during his rule which ended with his death in 1985. He is remembered as one of Albania's most paranoid leaders, trying to build the country that would not rely on any ally, and would follow his strict Stalinistic dogma.

From Soviet Ally to Complete Paranoia 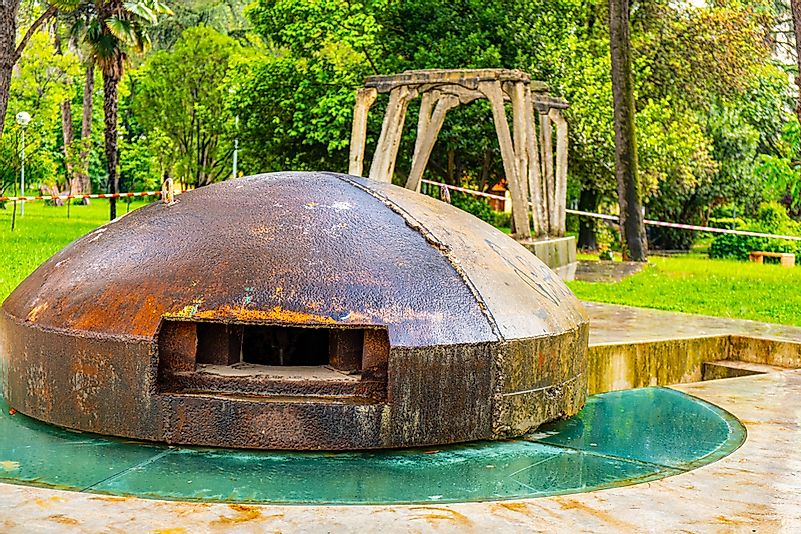 After Stalin's death, Enver Hoxha's stance toward the USSR changed drastically. He accused the nation of being anti-Marxist and was not accepting of the revisionist direction towards which it was heading. Being strongly opinionated on this issue resulted in the ending of the ally relationship between Albania and nations that signed the Warsaw Pact. Hoxha turned his gaze in the direction of China, who accepted the allegiance and made it last until 1977. After the break with China, the dictator envisioned Albania as an independent and self-sufficient country and started to execute his plans towards it.

Hoxha's reign over Albania was totalitarian. He prohibited traveling to foreign countries, the practice of religion in general and had his secret police forces to terminate any opposition quickly. He also spent a significant amount of the country's money on military projects, with one of the largest being the bunkers. To make the bunkers virtually indestructible, they needed to made so strongly to endure a tank attack. The engineer who was in charge of the prototype had to be inside the bunker for Hoxha to test it. Once the dictator was able to see that the engineer wasn't wounded, he ordered the production of the bunkers on a mass scale.

Hoxha feared that their former allegiance nations would attack Albania, and was determined to produce so many bunkers made of steel and concrete that no one would stand a chance at an invasion. There wasn't an area where the concrete bunkers were not placed, including residential areas and even beaches along the coastline.

The Attacks That Never Came 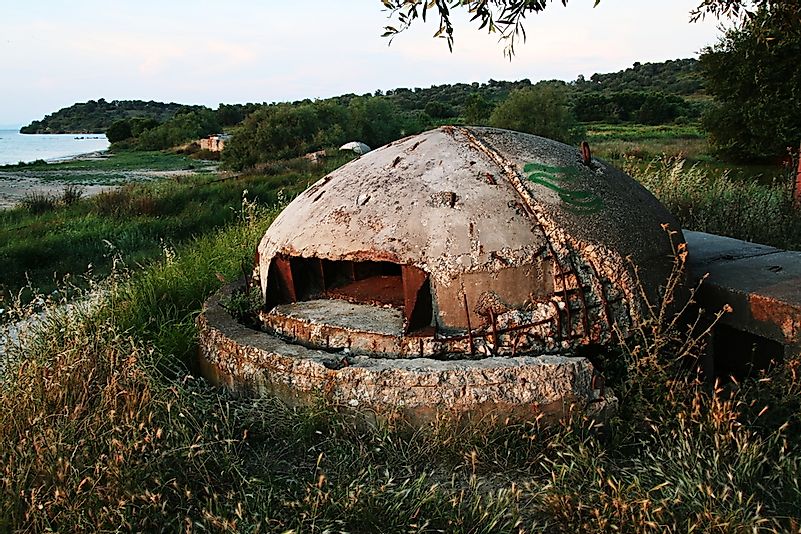 Enver Hoxha's paranoia about his enemies attempting to invade Albania remained just that - paranoid visions of an isolationist dictator. Albania, whose entire landscape is now littered with thousands upon thousands of concrete domes with little sniper openings, is now decades away from the nightmare that once plagued it. Even so, the unusual sights are still live reminders of Hoxha's regime.

Some of the bunkers have been remodeled into coffee bars, hostels, and even homes for those who were imaginative enough to put aside their symbolic reminders. However, the majority of concrete bunkers are unoccupied and neglected. It would perhaps make sense to destroy the bunkers that are densely scattered all over Albania, but their destruction is too expensive on such a large scale.

Even though an attempt was made in 2009 to remove a tiny portion of the bunkers on the coastline that was dangerous to leave as is, that number is minuscule compared to the total number of those built. Albania's communist history, coupled with its isolation during that period, has made it very difficult for the country to deal with the sudden engulfment in capitalism. As a result, Albania is one of the most impoverished countries in Europe today.

Albania Bunkers As a Tourist Attraction

It is interesting how the method of defence that Enver Hoxha so eagerly wanted never crossed the minds of any of the other European nation's leaders. It is, nonetheless, easy to see how Hoxha's uncompromising, totalitarian mind would envision such an extreme method as a plausible one for deterring enemies.

After the dictator's death, the bunkers were left behind and neglected. It was only in the last ten years that the interest in these bunkers started to pick up. They are becoming popular tourist attractions to many travelers looking for unusual destinations with eery histories. The dark past, combined with the allure of the abandoned, make these bunkers places of haunting memorial sites of a horrific regime but also places of untapped potential in the future.

This page was last updated on November 12, 2019.
By Antonia Čirjak