At first glance, it’s easy to spot the similarities between the jaguar (Panthera onca) and the cheetah (Acinonyx jubatus). Take a closer look and you’ll soon discover several marked differences. While both are members of the ‘big cat’ family, which also includes lions, tigers, leopards, and cougars, when it comes to location, hunting, and the physical build of these powerful pouncers, there are a number of distinctions. Read on to discover five differences and five key similarities to help you connect the dots and compare the jaguar and the cheetah. 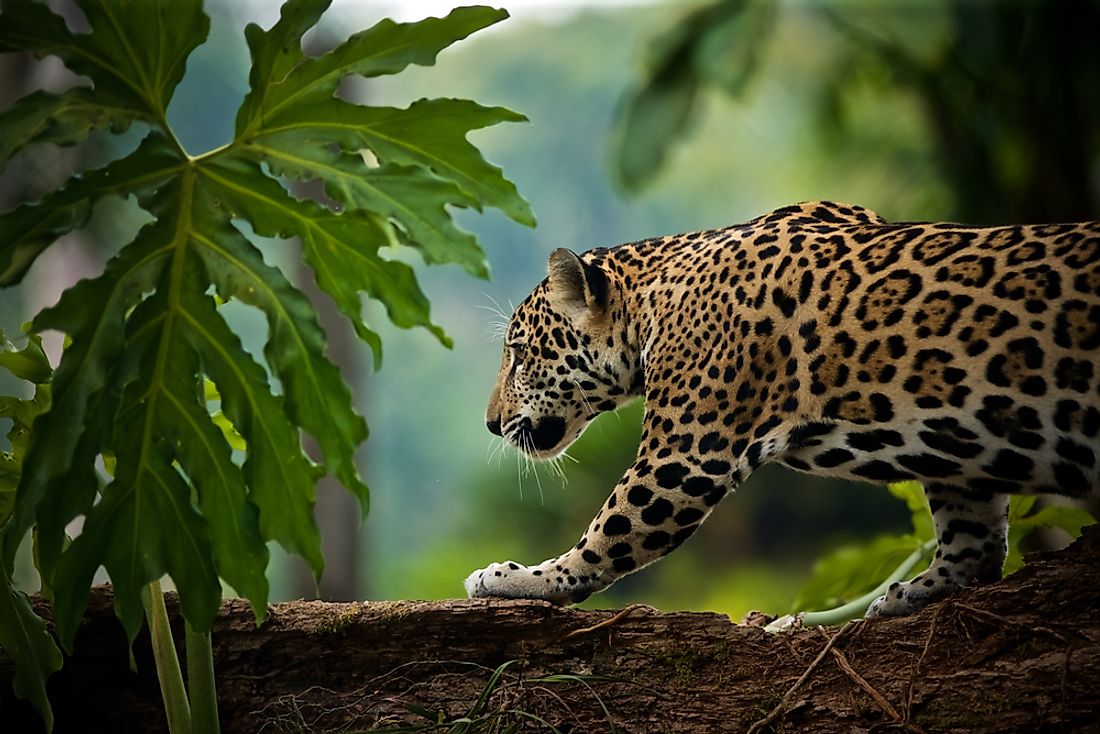 One of the easiest ways to tell the difference between a jaguar and a cheetah is to consider the geography. Jaguars tend to live alone and inhabit the rain forests, flooded grasslands, and deciduous forests of North and South America, roaming from Northern Mexico into Argentina. Cheetahs are found on the other side of the world, primarily in southern and eastern Africa, with a habitat stretching into Iran. Unlike the solitary jaguar, cheetahs inhabit their territory in very social groups. They live in family clusters comprised of a mother and her young litter or in a band of adult siblings, called a coalition, who live and hunt together for life. Another difference? Because cheetahs don't need much water to survive, sometimes going up to three days without a drink, they prefer the arid regions of dry forests, grasslands, open plains, and deserts. 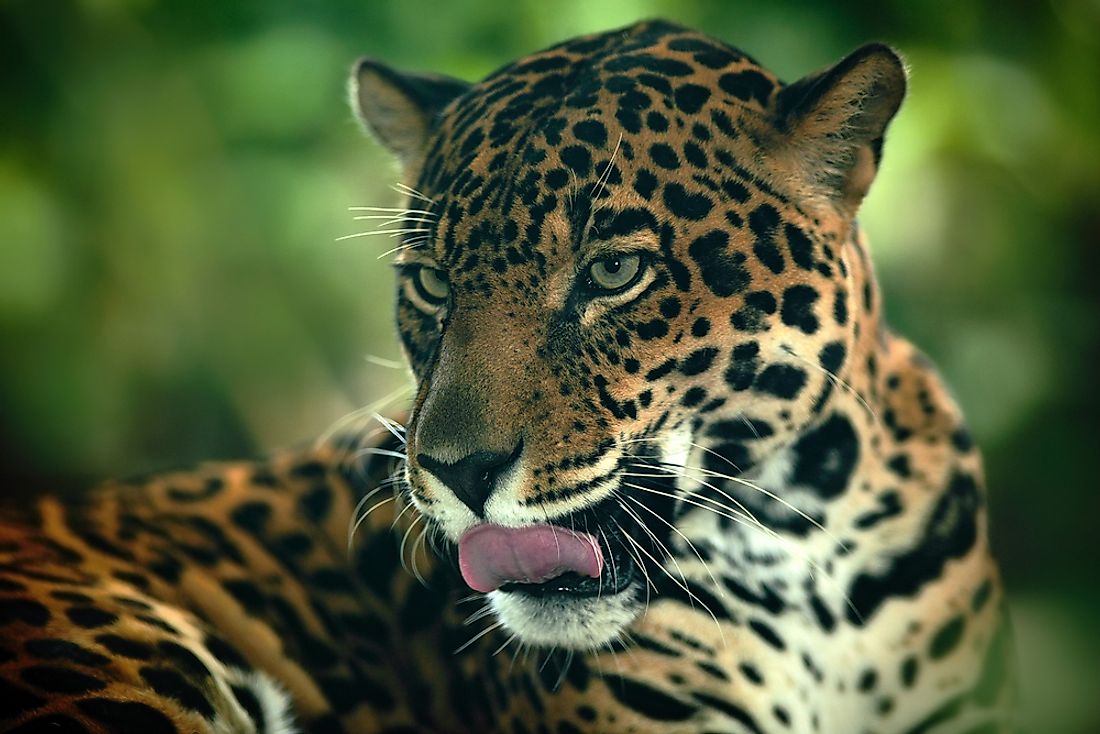 Given these big cats live in such different habitats, it's not surprising their hunting styles have evolved to suit the environment around them. Jaguars prefer to stalk their prey, climbing the trees in their forested surroundings to ambush animals at night. This isn’t their only hunting method, however. Unlike other cats, jaguars love the water and are excellent swimmers. When hunger strikes they often head to nearby lakes and rivers to find turtles, fish, and even crocodilian animals such as caimans for a seafood feast. Cheetahs, on the other hand, are primarily diurnal, doing most of their hunting during the day. They use their incredible speed - anywhere between 60 and 70 miles per hour - to chase down a wide variety of prey such as guineafowl, hares, and ostrich although their favorite meal is hoofed creatures such as gazelle, antelope, and wildebeest. While they may be fast and can cover up to a kilometer in a minute, the cheetah can’t sprint for long. The energy needed to reach those speeds burns up calories, and cheetahs can faint from the exertion if they race for longer than one or two minutes. So after they chase their prey, the cheetah needs time to rest and catch its breath before it can eat. Often cheetahs will drag a kill to a shady hiding spot to protect it from scavengers while they rest up before mealtime. 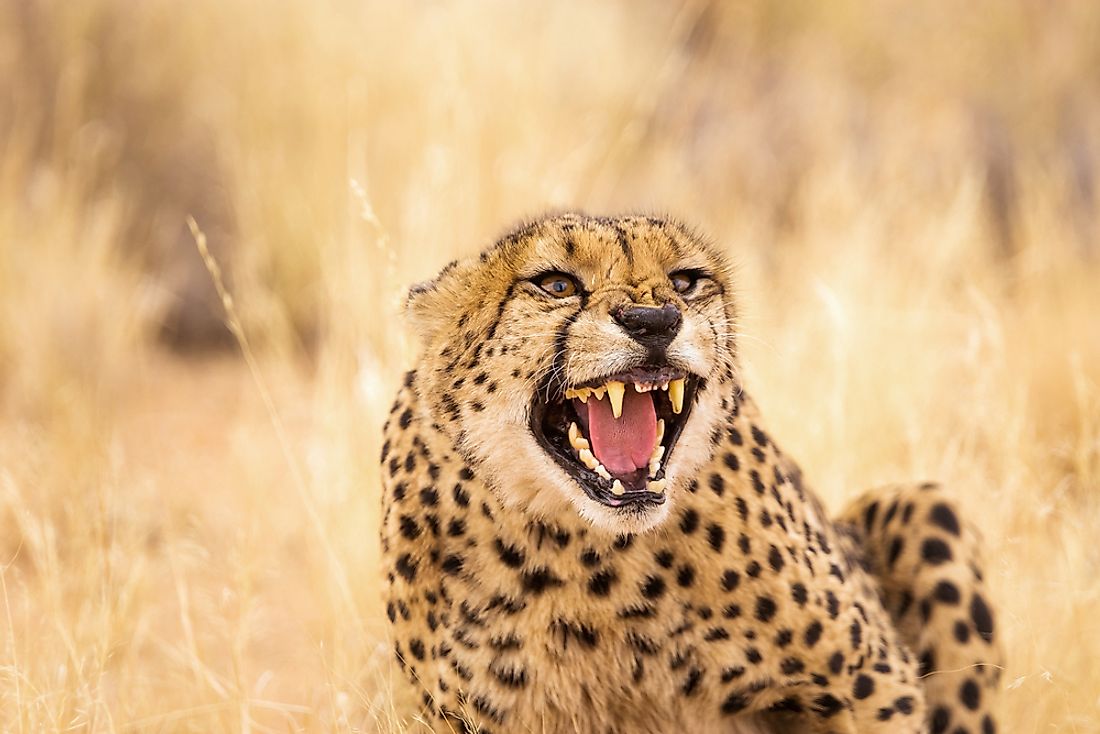 You won’t want to get close enough to see this difference! Jaguars have the most powerful bite of all the big cats, enabling them to crack through the shells of turtles and crocodilians.  Often Jaguars kill their prey with one big bite to the back of the skull, taking down animals up to four times their own weight. The teeth of a cheetah are surprisingly light and small in comparison to their big cat cousins. Smaller teeth keep their jaws light and streamlined for optimum speed, and they sink them into the neck of their prey to tackle them during a pursuit. Unlike jaguars who use their teeth as the primary weapon to kill their prey, a cheetah’s teeth are too small. Instead, they tend to smother and suffocate winded animals after an exhausting chase. 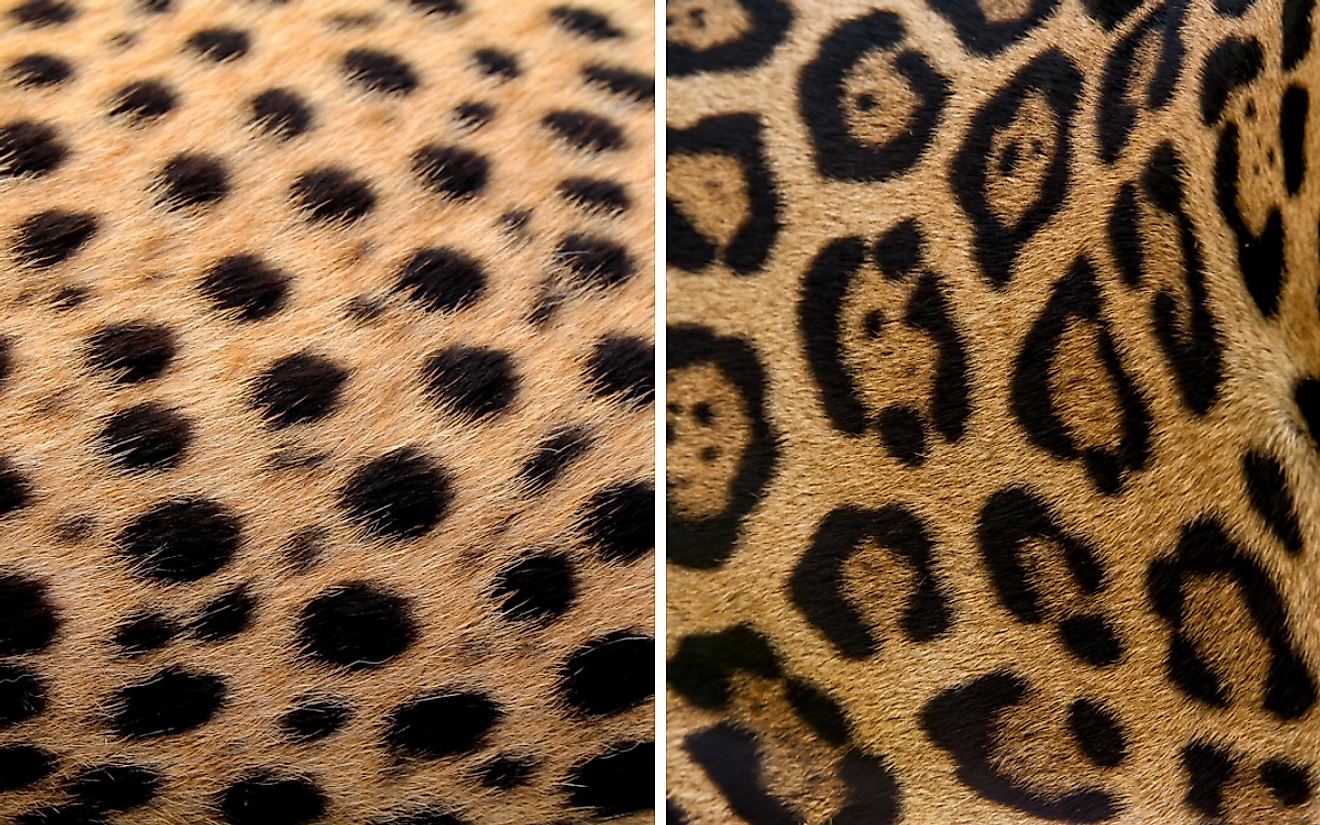 Jaguars, cheetahs, and leopards all have spotted coats, but the design of these dots clearly distinguishes one from the other. The polygonal designs on a jaguar’s coat are called rosettes and feature small dots within larger rings. A jaguar’s fur is usually golden colored, but can also be quite dark and even appear to be black. These are called melanistic Jaguars. Golden or black, jaguars always keep their spots. Cheetahs can also be melanistic, too, but the dark-furred never covers more than 50% of their body.  The cheetah’s coat is made up of solid rosettes, but that isn’t their own unique marking. All cheetahs have a distinctive stripe or ‘tear mark’ of black fur running from the inner corner of their eyes down to the outer corner of their mouths. It’s believed this dark fur helps reduce the sun’s glare and makes their camouflaged prey easier to spot from long distances.

All of the cats in the Panthera family, including lions, tigers, leopards, and jaguars, can let out a mighty roar thanks to a ligament replacing the epihyal bone in their throat. Without an epihyal, it is impossible for these big cats to purr. Cheetahs belong to the Felinae family. All Felinae, which includes wild cats like the puma and ocelot, as well as domesticated house cats, have this bone in their voice box. The epihyal bone enables them to purr, growl, and even make chirping sounds to one another, but for the cheetah, it also means they are the only big cat that can't roar.

Although jaguars and cheetahs are distinctly different, these ferocious felines do share some key similarities. First, even though the design may differ, both are known for their tawny or dark brown coats with spotted rosettes. Next, both are carnivores, and neither will eat carrion or scavenger food from other hunters except in the direst of circumstances. Another shared trait, Jaguars and cheetahs are both good climbers, lounging in the tree canopy for long stretches of time. Unfortunately, though, these beautiful animals share another common trait - due to hunting, poaching, and habitat loss both jaguars and cheetahs have become endangered. In some cases, subspecies like the Asiatic cheetahs face the very real threat of extinction. Fortunately, many countries, such as the US, have strict laws around the protection of these big cats.