Canada is located in the northern reaches of North America, with its capital being Ottawa and the largest city being Toronto. The country experiences cold weather with temperatures reaches as low as -40 degrees Celsius, apart from the Southern regions which have milder winters. Most Canadians are English and French speakers. Canada has a wide variety of birds some are migratory while others being permanent habitats in the country. They include the Emperor Goose, Steller’s eider, Dusky grouse, Buller’s Shearwater, and the rusty blackbird. 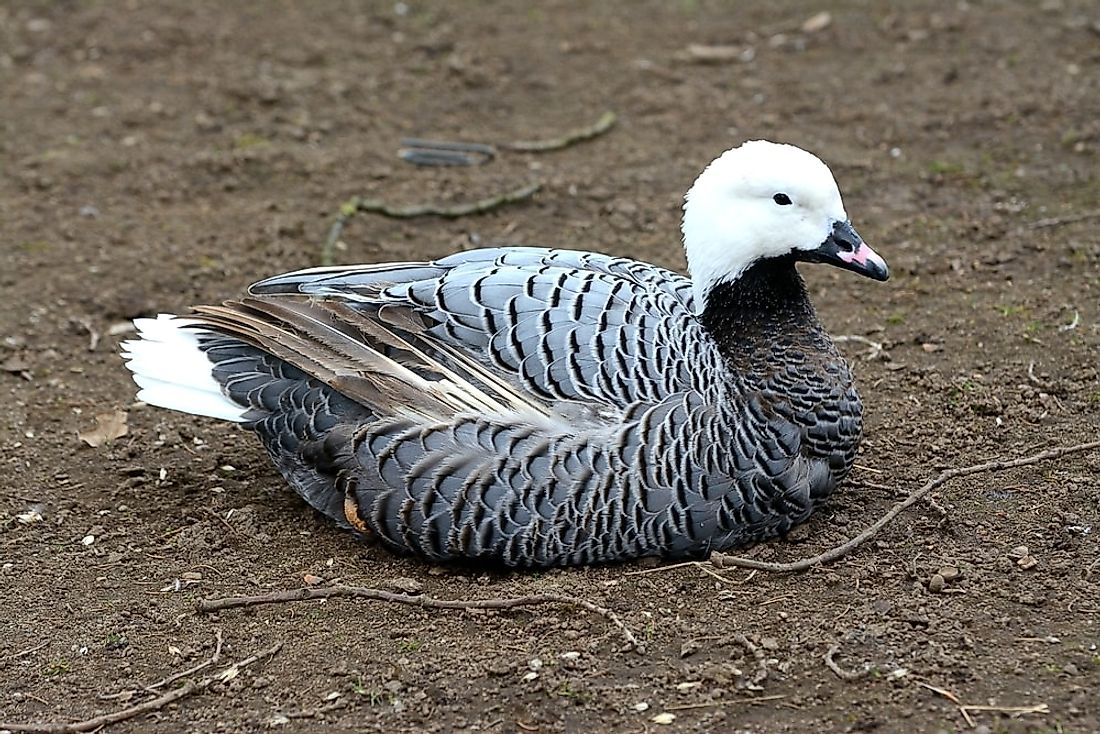 The Emperor Goose is a bird that has a white head and a black neck. It has a gray body and brown feet. The white color on the heads of the bird contains orange patches due to the high concentration of iron oxide the birds ingest from ponds. Younger geese have a uniform gray body without the white on the head, and both sexes have the same color. The bird has a short pink beak and feeds on sea lettuce, algae, mollusks, eel-grass, and crustaceans. A study in 1986 placed the population of the geese in Alaska at 42,000 which was a drop from 139,000 in 1964. Scientists blame subsistence hunting and oil pollution in the ocean. The bird lays 3 to 7 eggs in a ground nest. 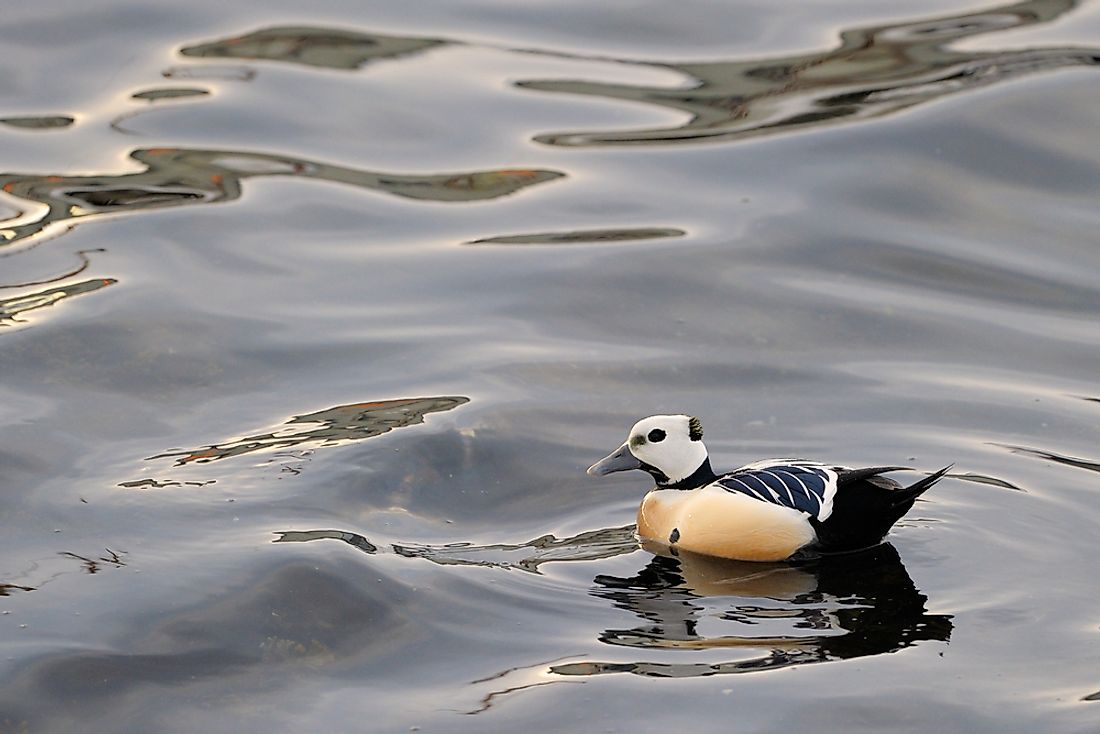 The Steller's eider is the smallest species in the eider family, being merely eighteen inches long. The male is known as drake and is brightly colored while the female is a hen. The male has a white head with a black eye-ring and greenish feathers on the back of the head. The breast is cinnamon-buff with a black spot on each side slightly above the water line. The feet and the beak are bluish-grey. The female is dark brown and smaller. The hen lays 6 to 10 eggs close to the seashore. The birds flock in large numbers of up to 200,000 birds. They feed on crustaceans and mollusks, but mussels are their favorite delicacy. 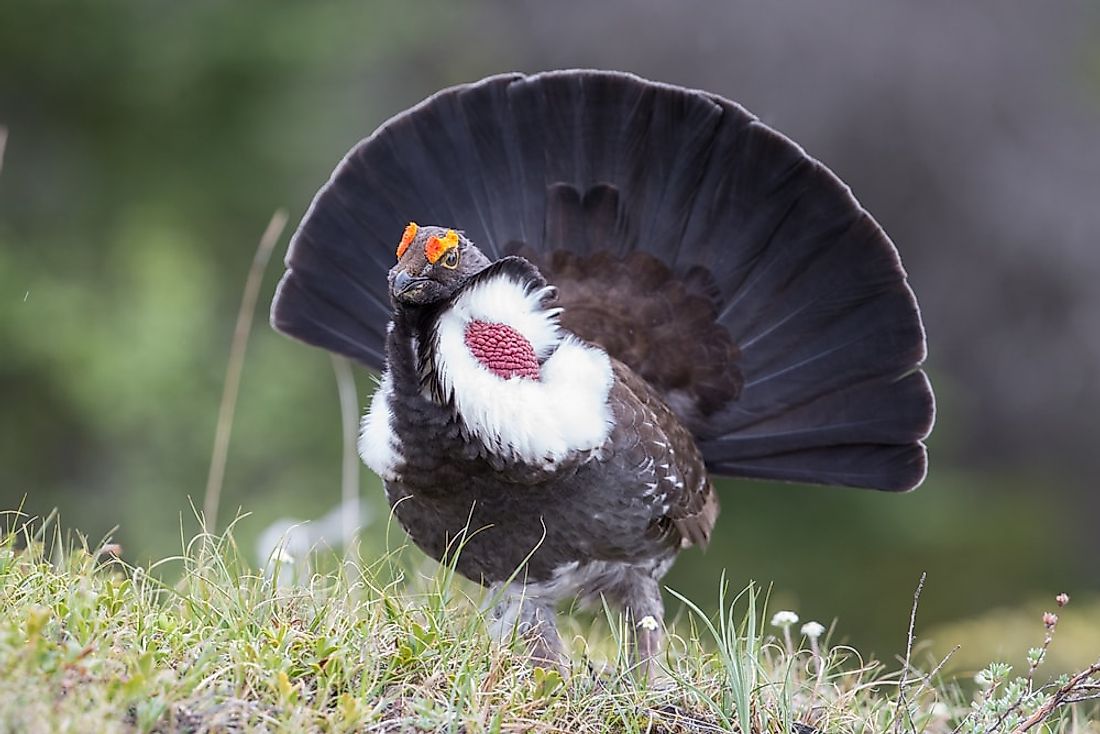 Dusky Grouses are game birds, and are the second largest grouses in Northern America, with the males weighing as much as three pounds. The male is gray while the females are more of a mottled brown. Their feathers extend up to the base of the middle toe. The grouse prefer breeding near the Aspen sagebrush interface, but they also breed in sub-alpine meadows and creek bottoms. They are mainly ground foragers but sometimes scavenge buds in delicious trees and do not live in groups apart for females with young ones. The female grouse lays 4 to 9 eggs and incubates them providing all the necessary parental care but after hatching, she will only tend to the young but not feeding it.

Buller’s shearwaters are classified as vulnerable birds due to the fact that their populations are restricted to a very small area when breeding, and remain at risk from predators and human activities. These birds migrate from New Zealand to Canada in September, specifically to breed, as they can only breed on two islands in New Zealand, namely Aorangi and Tawhiti Rahi. Their population was estimated at 2.5 million in 2012. The head and back of the neck are dark brown, and the upper wings are gray with a bold dark “M” on the wings. The feet are pink. They feed on small fish and salps. They breed in dense colonies between November and May. The female lays only one egg which is incubated by both sexes for 51 days.

The Rusty Blackbird was formerly known as the Rusty Grackle. It is a medium sized bird that prefers wet forested areas over grasslands. Its population has declined rapidly in the recent past probably because of loss of habitat habit due to the development of mining industries as well as hydroelectric projects which have led to massive deforestation. In the northeastern parts of North America, mercury contamination is a contributing factor in the declining of the species. The birds have pointed bills and pale yellow eyes, and they are black with faint green and purple gloss. They feed in flocks and mainly eat insects, small fish, and some seeds. The female lays 3 to 6 blue-green eggs with brown markings on a nest which is built in trees and shrubs near water bodies.

What Kind of Birds are Found in Canada?

The rusty blackbird, Emperor Goose, and steller's eider are just some of the birds commonly found in Canada.

Canada And Its Many Birds

What Kind of Birds Are Found in Canada?