The Roman city of Pompeii was buried under a massive layer of volcanic ash when Mount Vesuvius erupted in the year 79 A.D. The city was quickly drowned in darkness killing, by some estimations, around 2,000 people. After the eruption, Pompeii was abandoned and forgotten until the middle of the 16th century. Even though it’s rare to find someone who hasn’t heard of Pompeii, there are many interesting facts that may be less known. Here are some lesser-known facts about this amazing Roman city:

Rediscovered in the 16th Century 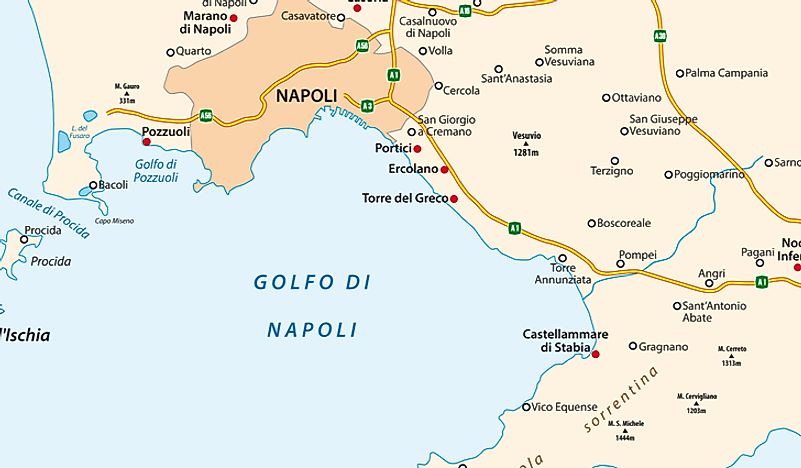 The city of Pompeii was discovered by an Italian architect, Domenico Fontana, in 1599. He was designing a new flow path for the river of Sarno. You can imagine his surprise when underneath the ground he found a whole city.

The Excavations Didn’t Start Until Much Later

Although the site was found in 1599, the archeological procedures on digging up the city did not begin until 1748. Fifteen years later, the name of the town was finally found, written on an inscription saying ‘’Rei Publicae Pompeianorum’’.

More Cities Were Destroyed In The Eruption

Pompeii wasn’t the only city destroyed in a volcanic eruption of Mount Vesuvius. The cities Herculaneum, Oplontis, and Stabia were also destroyed in 79 AD. 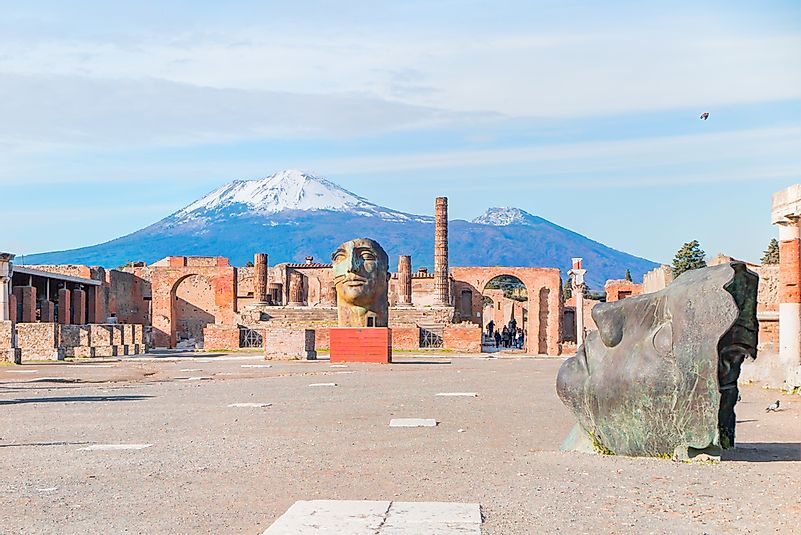 Initially, the city of Pompeii was inhabited by ancient Greek people. Though it’s known as a Roman city, the earliest buildings there were built by Greek habitants.

The citizens of Pompeii had no idea that Vesuvius was actually a volcano that would be the cause of their catastrophic demise. The volcano wasn’t active for a lot of years before 79 AD, so the people living in the area saw it as an ordinary mountain.

The Winds Were The Deciding Factor

Under the volcano, the winds would usually blow away from the city of Pompeii. But, when the eruption happened, the winds were blowing straight towards the city, making it impossible to escape the falling ash. An impressive 1.5 million tons of lava were spilling from Vesuvius when it erupted. The lava flowed towards Pompeii, reaching the staggering speed 450 mph and temperature of 1830°F (725 km/h and 999°C).

The fallen ash acted as an extraordinary preservative that practically froze everything and everyone there in a moment of time. The city of Pompeii is almost the same as they were more than 2000 years ago. The architecture, homes, and huts, is basically intact. The body remains of the people that died there almost instantly as the fallout hit them, are also in a great state, given the time that has gone by. Scientists working in the dugout even found fruits and bread, still preserved! 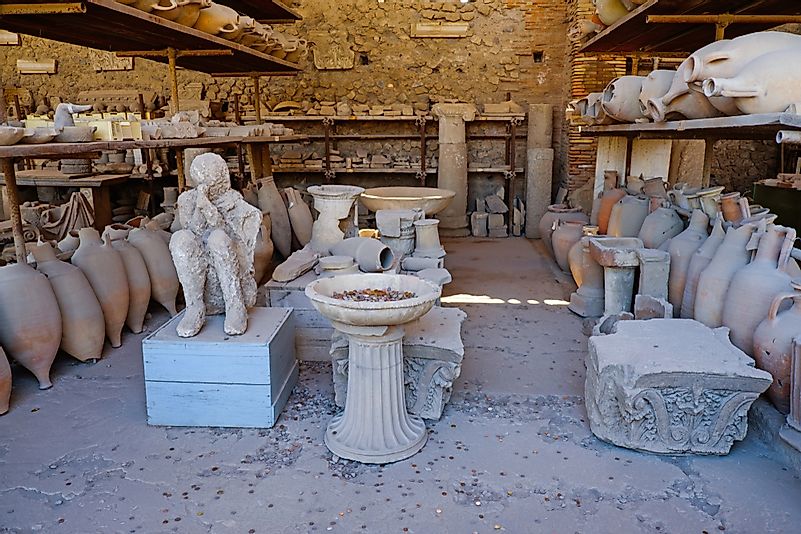 Spreading across 150 acres of land, the Pompeii ruins are the biggest archeological dugout in the world. As they were digging deeper, archeologists found perfectly formed shapes of human bodies, which indicated the exact place where those people have died. Those were later filled with a mixture of sand and cement, so a number of so-called ‘’ death casts’’ were made. However, what the scientists hadn’t known at the time was that kind of treatment to the body remains would irreversibly damage them.

The most recent catastrophic eruption of Mount Vesuvius happened in the year 1944 after 26 people were proclaimed dead. After that, the Italian government organized non stop observation of the volcano and also included very rigorous evacuation rules in case another eruption occurs.

The famous prog-rock band from London, Pink Floyd, taped their live concert in a well-preserved Amphitheatre in Pompeii. Interestingly, there was no real audience, and the people witnessing the event were only the local kids living in the area and the recording team (and one dog, Russian Wolfhound named Nobs who even joined the band for the song "Mademoiselle Nobs"). The Amphitheatre itself is one of the first known buildings of its sort, and it was built around 80 BCE.

This page was last updated on October 31, 2019.
By Antonia Čirjak